You have been with the same company for some time now and you are doing a good job, or anyway, the best you can. Your colleagues appreciate you and your bosses seemingly do as well or do they? 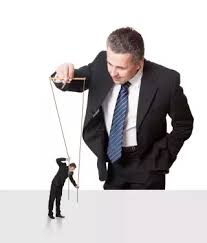 your life difficult, even if it is completely undeserved. And they can do so with impunity, because it is happening quite subtly, yet with adverse consequences for the employee in question. Here is a list of tricks and pitfalls bosses may use on you without you knowing what is occurring.

All 6 tricks are for real as I either experienced them myself or witnessed other colleagues being tricked. This happened during my 37-year career, working for three big internationally oriented companies in two countries. So, here they are.

1. The arm around your shoulder

Have you ever noticed that a boss crosses an arm around one of his employees’ shoulders? Or did it to you? Normally this is a gesture of amicability or a sign of team spirit and that you belong in the team. To me, it felt like a Judas kiss and I will tell you why. Whilst doing this, he told me that he was promoting the younger High Potential, instead of me, thereby becoming my boss. He then said that he would like me, as the more experienced guy, to keep an eye on him, help and advise him, so that he could succeed in his new job! 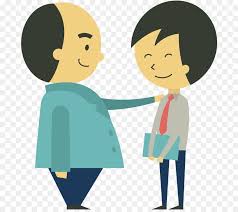 I beg your pardon?

To say that I was flabbergasted is only a kind way of saying how I really felt: as in a total betrayal. What do you say or do at such a moment? He was clearly prepared for this situation and I was not. Yet I immediately felt that the matter was a closed deal already and that I could do nothing about it anymore.

My advice to you is to be very aware of a boss who is very friendly to you, as he might have done something that he is sure will embarrass you or worse.

2. What do you expect from your job at the company?

This is also a very tricky or nasty one: there is a new boss in town and you gradually get to know him, but he also needs to get to know his staff, that is totally new to him. I remember that within the first month he asked us to think about our jobs, the company, our careers and our expectations in general. He also requested us to put it forward in writing. We thought that wow, this boss is really interested in us and went enthusiastically to work with it. He must have got it the same week and waited for his response. Then the big silence!

I think I had written a very nice brief informing him about working hard, moving 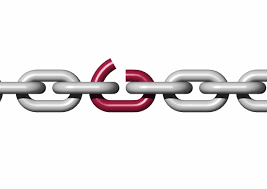 forward with the company, making a career, providing for my family and things like that. After a month of hearing nothing back, I asked him if he had received my summary as requested and he responded: “Yes, I have read your demands!” Whaaat? And I never heard from him again, not in discussions, not in writing, just never ever.

So, what did he get out of it? My guess is he found out who we were and what we all strive for, but specifically our weaknesses and vulnerabilities. We soon found out how he played with that, hitting us hard in all the right places. It kept him out of the limelight whenever something went wrong.

To name one example: we must have all said we wanted salary increases from time to time. He informed us that he knew that employees in some companies were perfectly happy with their training and working environment and did not need salary increases!!!! So, latest at this point I realized where I stood with this guy. Needless to say that we did not get training and neither did we have a good working place? Hahahaha.

3. What do you like in your work activities and what not?

This is also a classic. You will be asked to list all the activities in your job description and then rate them as interesting or not so interesting. In complying with his request, employees will hand their list as soon as possible, thinking that when a boss knows what you do not like so much, there will be a possible shift in activities among his staff. With this information the boss could possibly match a person’s interest with a suitable work package, thus lifting everybody’s spirit and consequently productivity. Right? Wrong!

Homing in on weaknesses

Your boss has now maneuvered you in a position, where he once again will be able to home in on people’s weaknesses. After all, you have probably told him what you do not like in your work. How will this turn out? Suppose, for one 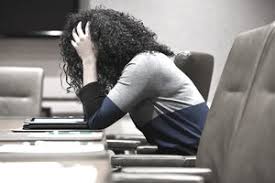 reason or another, the boss wants to get rid of a certain employee. However, just firing him or her is not an option.

But now he is in a position to have you do all the work, that you just told him you detested! How long will you hold on after that? If you ask me, this is a very cheap way of getting unwanted personnel out of the company.

So, if you are ever asked to fill in such a list, be aware of the pitfalls and do not show your weaknesses. Refusing to do it is not an option, so be clever about what you put in there. Do not give him the chance to misuse your vulnerabilities at any time.

4. You are too young (or old) for a promotion or salary raise

I have heard about a thousand reasons why bosses will not promote you or give a salary increase. Here is one of them. How do you react when you ask for a promotion or raise in salary, but the boss responds with the fact that you are too young to be promoted? There seems no defense against this one as you cannot change your age and I have seen many people fall for this one. And I always thought that people would be promoted for competence, skills, merits and capabilities.

Some bosses use this cheap shot in the hope to get away with it and unfortunately many times they do. Just bear in mind that it is just a trick to 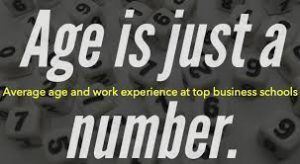 quickly stop any discussion about the subject. But it is up to you to challenge it for reasons as mentioned in the first paragraph. They might just try it and when it works, so much better for them. Subject closed.

I know of one person, who heard this for a couple of years, never protesting, the last time hearing that now he was too old. A sad case. Similarly, I was once told of not having all the requisites to do a complex job abroad, at the same time smoothing it over, that 6 years ago I could have (when they also said no for other reasons).

I think people should take the hint and look for another boss and/or company.

5. They give you an ‘important’ job you cannot execute

Your boss has sneakily decided that he doesn’t like you on his team anymore, for reasons only known to him. Your preferred successor has already been located within the same organization. Now he has to show people that you are not fit for the job in order to replace you. In that case, he just asks his current employee to do a job that he is sure is above your head and gives as 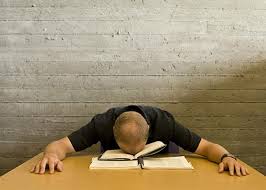 little information as possible. Chances are that the chosen victim will not make the deadline.

Throws you into the deep

Or the boss is giving the order in a stream of words, without making much sense, being extremely vague on purpose, letting you swim around in the deep before you actually can swim. Later on he can say that you did not understand what was wanted of you or you wasted a lot of time doing the wrong thing. Anyway, in both cases, you are in dire straits, with hardly any way for a recourse. It is his word against yours and usually, the boss wins.

6. They give you an important job to make you the ‘fall’ guy

Let’s suppose that the company you work for has a lot of work to do, but because of internal circumstances due to mismanagement, the projects can never be finished in time. They have exhausted all their reasons, and excuses to various customers, but certainly do not want to lose any of them. They prioritize their projects and see that one is going to be very late, maybe half a year over the delivery time or more. Read here how they use you for scapegoating.

The customer does not know that but is told that they have assigned a special person to manage their project. 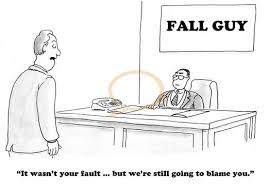 The customer might then think they get special treatment and is satisfied for the time being. However, the project is of course going nowhere without the person having the back-up of the management.

What to do, as management, when you have to tell customers that nothing has been happening. Well, you simply tell them that your special person wasn’t so special after all, that he delivered bogus progress reports and they were led to believe that the project went according to plan. You are very sorry, but rest assured they will immediately fire the person in question and now give you the attention needed. And everything will be alright.

I see you thinking they would never do such a thing, this is too far-fetched. However, this is a case I have personally witnessed happening, I kid you not! It was even said that they had used this method before and of course with different people, having all been dismissed previously.

As I said before, all of these stories truly happened, either to myself or to others in the same company. I am wondering how many of you have been tricked by your boss or bosses. Please share your experiences on this site.

In the corporate jungle, as in the world outside, there are some truly bad characters around. If they happen to be your boss, you might be in for some nasty surprises. 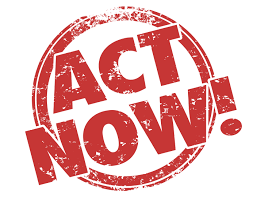 If you would encounter any of the bosses described above, then my advice to you would be to take immediate and decisive action. No need to suffer the consequences of a boss’s manipulative behavior. Find another company or better still, become your own boss. The latter is a real option in this internet area.

In fact, becoming an affiliate marketer is the best option nowadays. I know, as I am one myself and anyone of you can do the same, with the right help and support. I have reviewed one of the best internet business support programs in the world and you can read it by clicking here.

10 thoughts on “6 Tricks of a manipulative Boss!”