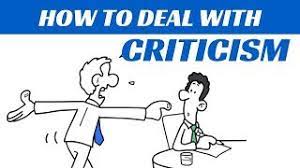 There are few things as difficult as receiving criticism, especially if you are already insecure. Many people do not find it easy to receive criticism. They see it as an attack on their person, on who they are. They get the idea that the other person wants to hurt them and get on the defensive as a result. But the good news is: you can learn to deal with 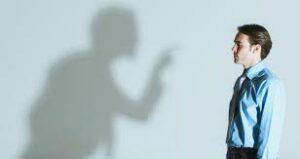 criticism. And if you know how to deal with it, criticism can even be very valuable. Why is receiving negative feedback so difficult?

In reality, most criticism is not about who you are but about what you do. And these are two very different things. In most cases, someone will criticize you to help you. Whether you also want to accept this ‘help’ is then up to you.

Read on and see the 7 best tips to deal with criticism at work. And when you might be fed up with it anyway, check out my last paragraph, where I propose your perfect way out.

‘A ball of ice in the stomach’ or ‘heavy on the chest’, is how the clients of occupational and organizational psychologist, who specializes in themes such as stress and personal happiness of employees, often describe how they feel when they are criticized. This physical reaction arises because criticism affects an area in the brain that regulates stress.

Negative feedback triggers the fear of social rejection, to which humans are sensitive as a group animal. Evolutionary psychologists believe that ‘wanting to belong’ is still a basic need because we had better chances of survival in groups during evolution. Even now, belonging to the group has advantages. Social connection can have a beneficial effect on blood pressure and the immune system. 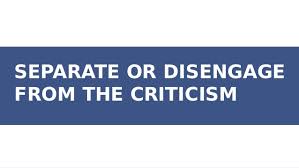 Those who are insecure, suffer more from the fear of rejection. If you think you are not good enough and someone gives you negative feedback, it can trigger feelings of depression. If you have enough self-confidence, criticism will affect you less because you still believe that you are good at your job. But the former group will need help.

Can you learn to deal with criticism?

How do you best respond to negative feedback?

I any way not by avoiding the person who criticized you, because then you will learn nothing. Employees who had to assess each other discovered that even after annoying feedback, they still looked for the same colleagues to work with. 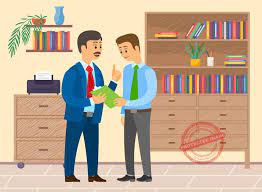 Another pitfall is reacting defensively. Many people initially label the criticism as untrue and as something that does not help them any further. And indeed, there is always something that is not right. But by focusing only on that, you deprive yourself of the opportunity to learn from the criticism. Therefore, try to understand the feedback first, ask for an explanation. Even if you come to the conclusion that 90 percent of the criticism is unjustified, that last golden 10 percent could be just the insight you need to learn from it.

What you also can do is summarize what the other person is saying. This is how you check whether you have understood it correctly. Thank you for the feedback and say you’re thinking about it. You don’t have to react substantively right away.

What if you really don’t agree?

Seeing feedback as an opportunity to learn doesn’t mean you should just accept everything. Handling feedback well means that you start the conversation and make a well-informed decision about whether and how to use the information and what you will learn from it.

How you respond also has to do with your position in the company. If someone higher in the hierarchy gives unjustified criticism, it is wise to defend yourself. Give good reasons why something is not right. When you are higher in the hierarchy, sometimes the best strategy is to keep the credit to yourself, because you are the winner anyway. 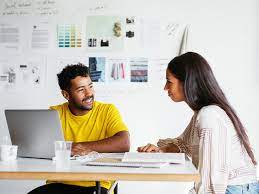 How can you make negative feedback work in your favor?

Ultimately, getting feedback is all about one thing: getting better at your job. So try to see it as an opportunity to grow. And if you empathize with the person who criticized you, it can also deepen your bond as colleagues.

Suppose a superior like your manager comes up to you and criticizes you. He or she is not satisfied with something you delivered this week. How do you deal with this? Here are the 7 tips:

Don’t see the criticism as an attack on your person. It’s about your behavior, and you can adjust it. So never immediately get defensive, but listen to the criticism. See what you can do with it.

2. Ensure that you understand each other

You don’t have to agree with your manager to understand the criticism. Show that you understand what the criticism is and that you have received the message in good order. This goes two ways. A manager needs to ensure his message came across.

Is the other person vague about certain aspects of your work? Then ask for clarification. Before you can do anything with the criticism, you need to know exactly what it is about. So check whether the message as you received it is correct by repeating it: “So if I understand correctly you are not satisfied with…”.

4. Thank the person for their input 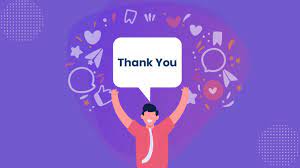 Sometimes it is not easy even for your manager to approach you and criticize. You can thank the person for their input, even if you won’t do anything with the criticism at all. This will defuse a possible escalating issue.

5. What do you agree and disagree with?

If you receive criticism, it does not immediately mean that it is justified. See what points you agree with and talk to the person about it. With the right communication, you will go far.

Then make clear agreements about your work. How are you going to ensure that this point of criticism does not occur again? Draw up concrete points together that can be ‘tested’. You may be able to double-check your work in the coming weeks or have it checked by a colleague.

When do you take the time together to look back and check whether the point of criticism has indeed disappeared? Agree on a specific date and time, and write it in your diary. This will remind you both of the facts that something has to change. If it concerns a relatively small point of criticism, this step is of course not necessary.

Incurring well is about mental change. Always try to tell yourself that the criticism is not meant to hurt you. People criticize you to help you and/or the organization move forward. You can see it as an ‘annoying’ form of advice, but good criticism is just as valuable.

Does someone come to you with, in your view, totally unjustified criticism of your work? Then don’t go too far with it. Go through steps 1 to 4 and stick to them. A simple one: “Thanks, I’ll keep an eye on it from now on.” can do wonders!

Of course, there are a lot of managers who just like any form of criticism, for the sake of it and to bully people around. It will be no good talking to them or trying any form of communication. Their mind is already made up.

If you still hate criticism anyway, don’t waste your time any further and leave the company. Go somewhere else or ensure it will never happen again, by following my link and becoming your own boss with internet marketing!

2 thoughts on “7 Tips to best deal with Criticism at work, even when Unjustified”