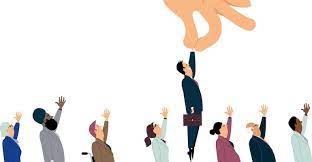 It has been banned by law for a long time and yet it is still happening: companies that discriminate in any way whatsoever against age. Last year in the Netherlands alone, for example, 60,000 job vacancies were discriminated against age. The same is happening all over Western- Europe and the world. According to research, it’s just about the tip of the iceberg. 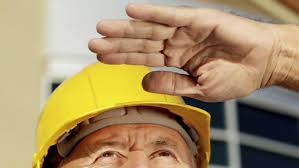 Age discrimination is more common than you think; it is even the most common form of discrimination and almost one-third of people will experience it once. yes, you read that right. Everyone knows the prejudices about young people, the elderly, and so on.

Over 55’s at a great disadvantage

Right here I will concentrate on age discrimination in W-Europe and the USA, especially when companies are hiring to fill a particular job. One thing that jumps out immediately is that people over 55 years old are at a great disadvantage. I will indicate what you can do and in the end, will give anybody a unique opportunity to escape being discriminated against. You will start making money from home, as outlined in the last paragraph.

How bad is it really?

Older workers in the Netherlands suffer from age discrimination much more often than average in the European Union. 6.8 Percent of people over 55 report having experienced it in the workplace, more than twice the average level for the 27 EU Member States (2.7 percent). This is the conclusion of a study by Eurofound, the EU agency for improving living and working conditions. 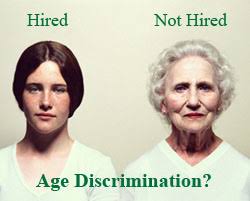 For older employees, good health is one of the important factors in staying in the labor market. One in five (21.2 percent) over 55’s think that working affects their health. In Belgium, the corresponding figure is one in three (30.8 percent), almost the same level as in France (28 percent). In Germany and the United Kingdom, the numbers of employees with these feelings are lower (19.5 percent and 14.6 percent respectively).

Particularly the over 55’s are the victims: they are enormously deterred from applying if they conclude from the advertisement texts that they will have little chance. Many companies are not even aware of the discrimination, so it is primarily necessary to work on this. It should be emphasized that skills such as ‘flexibility’ can apply to the young, but to the elderly as well. And don’t forget the experience that older people bring in. Yes, it is said, but they will cost more. 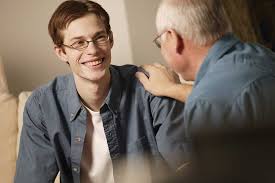 Is that really so?

Unemployed young people and the elderly encounter many prejudices in job applications and find it hard to get started. Persistent bias towards some people exists, like: people over 50 are not up to date with technology and young people are too lazy to work. Or older people will cost too much, younger people do have not enough experience. But let us focus on the elderly people here.

Here is the ultimate example

Joe Smith (59) had “too much work experience”, he was told by his employee. Just like that he could say goodbye to the trainee-ship he applied for in order to become a data analyst. And that while Joe had never worked as an analyst before. Can you believe this? Well, he could not and he came to a conclusion: I am discriminated against because of my age and they are never going to admit it.

Not the only one 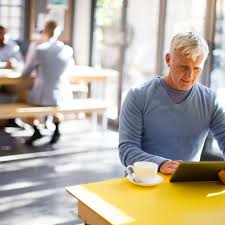 Joe is not the only one who suffers from age discrimination in the application process. A mediator reported that in about 3% of vacancy texts studied, older people are discriminated against. In some cases, it is abundantly clear. A vacancy for a PR position for someone between 22 and 35 years is not allowed. But also asking for a ‘young dog’, ‘school leaver’ or ‘starter’ is not allowed. But it still happens. Why?

Because companies get away with it. In the West, you have the opportunity to contact a mediator. But here is the kicker: not too many reports of age discrimination in application procedures have been made to this institution. Moreover, it even looks like age discrimination is socially accepted. Now, this is something we really need to get rid of.

So, what does the trade union have to say? Well, they agree. Certainly, in case the discrimination is very clear, they always send their members to a mediation company. And one more thing: unemployment among the elderly is decreasing less rapidly than among other groups. It should not be the case that employers reinforce this in such a way.

What did Joe do?

Joe decided to test his position out. He applied for another job at his company, because he already suspected that the elderly would not stand a chance because of their age. “I guide people who cannot get a job easily. So also 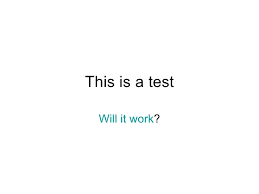 seniors,” says Joe. “Many companies nowadays want data analysts, so a trainee-ship seemed like a good opportunity for unemployed seniors.” When he himself found out that people in their sixties had no chance, he hoped that the mediation company would encourage his company to open their vacancies to the elderly.

The report, together with 28 other cases, led to a procedure in which the mediator ruled on age discrimination. In this case: “The company has made prohibited discrimination based on age against the man.” The problem is that they cannot force companies to comply.

All judgments of the mediator appear on their website. You will find that many companies were found guilty of age discrimination. You would think that this would help, especially when there is a public scandal as well. Unfortunately, discriminatory companies received no punishment, as the mediator has no legal power to do so.

Joe also experienced that. “My company simply was thumbing their nose at me after the verdict. “Nothing changed,” he says. “That is extremely serious. One of the challenges is to get people at some distance from the labor market to work. My company is deliberately ruining opportunities for this group in this way. The board and the Supervisory Board should retire.”

When you go to court

Whoever wants to force a company to take action can go to court. With summary proceedings, you can try to force the vacancy to be adjusted. But the question is what goal you achieve in this way. If you then sit at the interview table and the employer says,” Gee, you were the one who started the 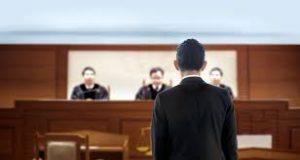 proceedings “, then you probably don’t have a very good chance of getting a job.” Very frustrating indeed.

Another possibility is to claim compensation from the company, which is very difficult and often not feasible. Here we are talking about actual damage. You must therefore be able to prove that you would have been hired had it not been for your age. Then you can calculate how much wages you have missed. For Joe that was the reason not to go to court. “To prove to the judge that you are materially disadvantaged is too difficult. It would be better if the mediator could enforce it.”

The situation in the United States

For you people in the United States of America, there is a little bit more hope though. The Age Discrimination in Employment Act of 1967 (ADEA) protects certain applicants and employees 40 years of age and older from discrimination on the basis of age in hiring, promotion, discharge, compensation, or terms, conditions or privileges of employment.

Contrary to the above situation, in the US companies can be punished for damages when you are not getting a job because of age. If you believe you may be the target of age discrimination, it’s critical that you have actionable examples to prove your point.

Final thoughts and my recommendation

When you are of a certain age, especially those above 50 or 55, you have a great chance of getting discriminated against. 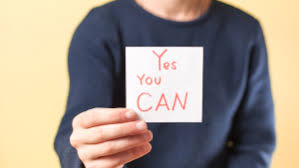 Unfortunately, as you have seen, the actions you can take are very limited and the outcome is very unsure. Society is not yet at a stage where age discrimination is actively rejected, notwithstanding the existing laws.

Companies all over the world are getting away with age discrimination.

In the US you can go to court and get some compensation, but you will still not have a job.
In Western societies, you can enlist the help of unions and a mediator, but they have no legal force. So, what are you going to do then?

When you are unemployed, disgruntled or even think or are pressed to retire because of age discrimination, you say goodbye to the corporate jungle and you start your own business on the internet. And with the right support, anybody of you can do this!

The internet offers enormous chances and the one I am proposing is that like myself, you become an affiliate marketer, supported by the world’s best program existing since 2005. Become a member and you will have your own website in minutes, starting your niche based on your hobby or passion, promoting some merchant’s products, selling and getting commissions.

This may sound alien to you, so from my own yearlong experience I have published a full review on this program and you can access it by clicking here.

You will become your own boss and will work from your home. The program is low-cost and scam-free and my review has a link that will give you free access for a full week. I will also give you the opportunity to have the first month of membership for only $19.

You are only a small decision away from a possibly life-changing experience!