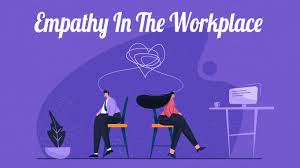 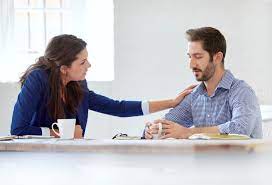 It is one of the most heard complaints from employees about their supervisors and colleagues: the lack of empathy. Being able to empathize with the feelings and experiences of others is a powerful skill that can be extremely valuable, especially in the workplace.

But there is another side. At a time when social contradictions and social inequality are coming to the fore, there is a strong call for more empathy. But is it really smart to always want to be emotionally involved?

I will go on and explain why empathy on the work floor does and does not work. And if you are always missing it, just check out my perfect escape route at the end.

Empathy goes much further than ‘taking the other into account. There is literally something calculated hidden in that term. Empathy is the ability to put yourself in others’ shoes. Being open to the emotions, attitude, and motivation of the other and understanding what impact your actions and behavior can have on others, is also called cognitive empathy.

Some people can empathize so much that they also feel another person’s emotions. We call this affective empathy. The term emotional intelligence is also closely related to this; the ability to recognize certain emotions in others and to deal with them appropriately.

In this way, it shows that vulnerability is not a form of weakness, but a way to create a connection. And it is precisely vulnerability that lies at the basis of empathy. By recognizing your own insecurities, imperfections, and dilemmas, you will also better understand those of others and the associated emotions.

It fits completely into the current era: taking others into account. A development in which certain entrenched habits are reexamined. Whether it concerns sexism, discrimination, or structural abuse of power; social discussions about this are currently being heated. The ability or inability to empathize plays an important role in this. 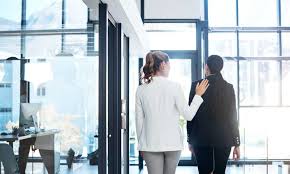 As a manager (and as an employee) the ability to empathize is, therefore, a nice quality. However, not everyone is born with the same dose of empathy and empathy cannot be forced. Affective empathy in particular is difficult to learn, it’s either in you or not. However, cognitive empathy is easy to develop. It mainly has to do with how you position yourself, showing genuine interest in people, seeking the connection without self-interest and manipulation, and the way you ask questions.

Tips for developing your empathic ability

The other side of the coin 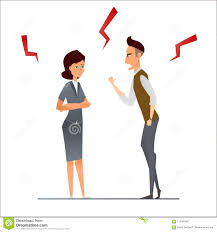 Unfortunately, the cliché of the rude boss or the insensitive colleague who drives others crazy at times is still alive. Everyone knows a colleague or manager with whom he has sometimes wondered whether he or she even has an ounce of feeling in his or her thunder. Fortunately, such behavior has recently become more open to discussion, stronger, and in many cases, it is no longer tolerated in the workplace.

For many people, the above terms such as vulnerability and emotions may sound a bit tacky and vague. After all, at work there must be, well, work, they think. The Flemish professor of philosophy Ignaas Devisch also thinks so. He’s not a fan of the emphasis on empathy in the workplace. He sees the workplace primarily as functional and promotes distance.

By the way, empathy doesn’t mean that we have to cuddle all day long, that you have to explain every argument with your partner during the quarterly results meeting or that the smallest sniffles and tears are allowed in the office. But a workplace where colleagues look out for each other and help each other on a human level and can be of support should be no more than normal in 2020.

Do we really need empathy on the work floor?

So, taking into account the feelings of others is a thing these days. In fact, empathy is held in such high esteem by many people that if you even question its meaning, you can quickly seem like a barbarian. Some experts have nothing good to say about the evolution that is underway, in which managers should adopt a more empathetic attitude towards employees. That you have to give yourself up emotionally and let’s not forget the terrible cliché of coming out of your comfort zone.

There is nothing to the disadvantage of being nice to each other and understanding each other, and empathy towards friends and family is not a useless invention, but the workplace is precisely a functional environment. So the question is how much it is necessary that we engage there with our full personality. 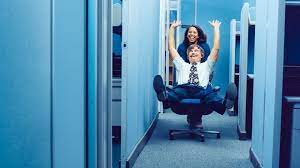 They claim that we should be working together with a workable indifference. They don’t mean that last word in a negative way. It’s just another word for distance. Especially if we get too close together, we often can’t work together in the long run. In a team, you always have people with whom you could be friends, but also with who you can’t see eye to eye. The functionality and not being too involved allows you to put your personal preference aside a bit and focus on workability.

It is also impossible to always empathize with everyone around you. For example, a doctor. If he always allowed his own feelings to coincide with those of his or her patients, it would destroy him or her. But the high number of burnout cases may also have something to do with it, and the effort to return. Return to the workplace when you’ve failed like that – because that’s how you experience it when your personal emotions are so closely intertwined with your job.

The more involvement, the better is not necessarily the case. In addition, empathy is highly susceptible to manipulation. It creates a more one-sided view in which you are more likely to rely on gut feelings, and can end up in arbitrariness or injustice, because, for example, you have more with one colleague than the other.

A lot of energy

It also takes unnecessary energy to care for others in abundance. Experts take the basic mechanism behind our 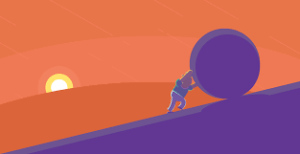 society as an example: The government withholds part of your income in order to finance care for yourself and others. This institutional solidarity is based on a form of indifference to others: we don’t have to know each other to contribute and therefore we don’t have to worry about each other. It is precisely this indifference that makes our society workable: you don’t have to prove yourself every second to get something based on your personal merit, as judged by others.

On the one hand, having empathy can be an asset. On the other hand, having too much empathy may come in the way of your good work. It is hard to determine where the one begins and the other ends, but it is a personal consideration anyway. You will have to see for yourself what happens.

I can understand the difficulty you could have in deciding what to do, but why not leave the corporate jungle and start your own internet business? Click here to read my full review of the world’s best internet business support program.

6 thoughts on “Does empathy on the Work floor work?”