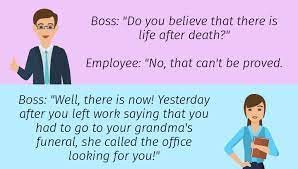 You have landed on one of the world’s few websites dedicated to helping disgruntled employees. This website is about bad bosses, colleagues, companies and annoying working environments. And the way to beat them. As such the tone here is rather serious and the style business-like. So, if you are thinking that this article will be funny …….., then you are absolutely right! 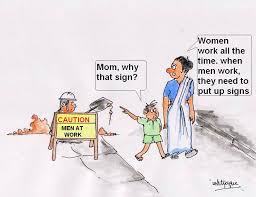 Like most people (I hope), I like a good laugh and for me it does not matter much in which circumstances, privately or at work. Bar a few serious exceptions, of course. If you happen to have no sense of humor, then it might be a good idea to go and talk to an undertaker about his business. Not appealing? Then you could sit this one through. Who knows what is in store for you.

Sit down, relax and enjoy the ride.

A married man has an affair with his secretary. One day they could not resist their desires and they drove to her house and passionately made love all afternoon. Exhausted, they fell asleep and woke up at 8:00 PM. While the man put on his clothes, the woman told him to get his shoes through the grass and mud behind her house. Although the man did not understand it, he did what she said. Coming home, his wife asked, “Where have you been all day?” “Darling,” he replied, “I can’t lie to you. I have an affair with my secretary and we had sex all afternoon. ” His wife looked at his shoes and said, “Liar, you’ve started golfing again.” 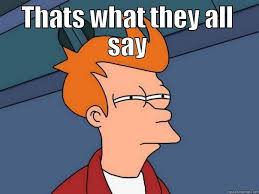 The director has an important meeting. “I don’t want to be interrupted under any circumstances,” he tells his secretary. “And if someone says it’s urgent, you say everyone says that.” Moments later, the director’s wife calls. “I’d like to speak to my husband,” she says. “That is not possible,” says the secretary. “It is important and I am also his wife.” “Yes yes, they all say that.”

The Mafia’s godfather finds out that his accountant has scammed him for 10 million euros. The accountant is deaf and dumb, which was one of the main reasons he got the job because he would never be able to testify. The godfather brings his lawyer who knows sign language.

The godfather asks, “Where’s the 10 million you stole from me?” The lawyer asks the accountant, through sign language, where he has hidden the money. The accountant gestures back that he does not know what he is talking about, and the lawyer translates this for the godfather.

The godfather takes out a gun, places it against the accountant’s temple, and says, “Now ask him again.” To which the lawyer gestures to the accountant: “He will kill you if you don’t tell where the money is!” The accountant replies, “Okay, okay, I admit, the money is in a black suitcase, in my mom’s garden house.” “Well,” the godfather asks the lawyer, “What did he answer?” The lawyer replies, “He says you don’t dare to shoot.”

A train has crashed, on a straight track without obstacles! The whole train is in a big heap in the middle of the

pasture next to the track. So this looks a bit strange!

The train operator is called to the office of the director of the railways. “And now you have to explain to me how you got that train off the rails on such a straight track !!” he howls at the shivering operator when he’s at his desk. “Well, I can explain that ..” he stammers, ” Barb was on the track …” “The one from the Bachelor finale??” the director shouts, “Then you just drive over her !!” “Uh yes ..” says the operator, “I tried to do just that, but I only got her in the middle of that meadow.”

The reason I fired my secretary

I woke up in the morning and had just turned 45. Although I didn’t feel very well, I hoped my wife would wish me a happy birthday. To my disappointment, she didn’t even say good morning. At breakfast the children didn’t even speak to me. When I arrived at work, my secretary shouted “Happy birthday”. Fortunately someone thought of me, but then she was the only one. Even colleagues did not remember my birthday.

At noon, my secretary suggested eating a bite together. It was the most fun that I had been introduced to that day. So we went for an aperitif together and then had dinner. On the way back, she wondered why to go back to the office. It was a beautiful day, so she asked to spend the day at her home.

Once she got to her house, she offered me a glass and said, “Would it bother you if I dress a little more comfortably?” No doubt, it was going to be a very interesting afternoon. She stepped into her bedroom and came back with a big birthday cake, followed by my wife, my children, my boss and some colleagues. … and I, I was sitting there stark naked.

The CIA had a vacancy for a hitman. After all the tests and interviews, three candidates remained two women and 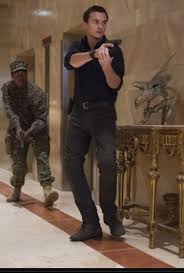 one man. For the final test, the CIA agents took one of the women up to a heavy metal door and handed her a gun.

“In this practical test, we need to know if you are blindly following our instructions, whatever the consequences. In this room, your husband is sitting in a chair. Kill him.” The woman said, “You don’t mean that? I could never kill my husband. ” The CIA agent said, “Then you are not the right person for this job.”

The second woman was given exactly the same instruction. She took the gun and went into the room, after about five minutes of silence the woman came out of the room with tears in her eyes. “I tried, but I can’t kill my husband.” The CIA agent said, “Then you are not the right person, take your husband with you and go home.”

Finally it was the man’s turn! He was instructed to kill his wife. He took the gun and entered the room. Shots were heard one after the other. Then the officers heard shouting and knocking on the walls. After a few minutes it was quiet again. The door opened slowly and the man stood there. He wiped the sweat from his forehead and said, “Damn it, this gun was loaded with blanks. I had to kill her with the chair. “

Not an office joke, but work-related anyway:

There was this young guy applying for a position as a farmhand. That day he met with the farmer’s wife. He asked her if he was already hired and she said she wanted to test him first. Ok, said the guy, go ahead.

She: You see that wheelbarrow over there? Please bring it here. He did so and she climbed in and asked him to carry her around the premises. He complied and returned quite exhausted at the starting point. Am I hired now, he asked. Not so quick said the farmer’s wife.

She took her clothes off and climbed naked into the wheelbarrow and asked him to make the same round, which he did. Now completely exhausted he arrived back at the start and asked: Am I hired now? The farmer’s wife said: No, I cannot hire you, as you cannot see your job, even when it is right in front of you!

Here are some office pranks

When you come to work on 1 April and you find this at your desk: 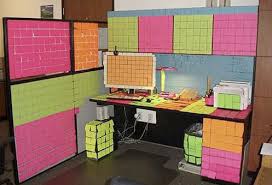 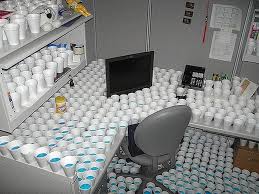 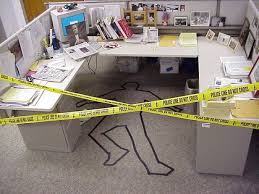 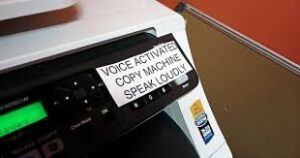 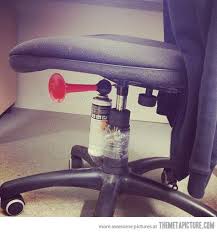 Dear readers, I hope you enjoyed the fun and had a few good laughs. I for one had a great deal of fun compiling these jokes and pranks. If you want more of these, just go to the internet with the above keywords and you will find tons of them. 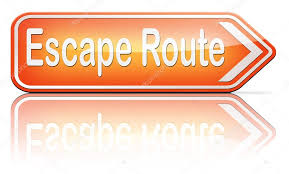 Let me remind you that I created this site especially for disgruntled employees. But also the unemployed, people over 50 and retirees will greatly benefit from the contents of this site. For the one who hates his job, I present a way out, like an escape route and start making money on the side. For the other ones it would be starting your own business and making (additional) income.

Chance of a lifetime!

Maybe you thought about becoming your own boss, but lack the ideas. The internet can help each one of you, you just need to find the right scam-free and not too costly program. I am part of the world’s best internet business support program since 2014. Join and you will have your own website within minutes.

I have written a full review on this unique possibility and if interested to learn what it is and how it works, then click here. This review contains a link with which you can become a member for one week for FREE. No financial or other commitments.

2 thoughts on “The best Funny work Jokes and Office humor”