You might have asked yourself these questions: Why are there so many bad bosses? Why do we not get rid of our jerk bosses?

To emphasize these points: the harsh verdict of a questionnaire in the Netherlands is that two out of three workers think their boss sucks. According to research by recruitment site Monster, Dutch are much more critical of their 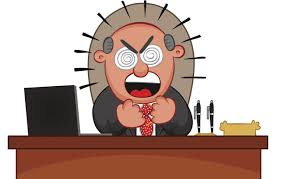 leadership than employees in other countries. In countries around Holland or indeed outside Europe, apparently “only” half of the people are having trouble with their boss.  As if that is a good situation.

Well, it does not matter how you look at these figures, but the sheer numbers mentioned here are just staggering: some 68% of Dutch people and 50% of people outside Netherlands borders think their boss is a jerk! Actually, by experience, I am a sound skeptic of bosses, but this still blows my mind.

Here is another fact that speaks for itself: two out of three workers will sometimes play with the thought of getting rid of their manager. So it seems that there are very few people out there that are really satisfied with their immediate supervisor.

Why then is this so and what can you do about this? Just read on to find out. Or if you are sick and tired of bosses, check out my number 1 recommendation below.

A representative of Monster has a clear explanation: managers excel in a lack of empathy. According to this person, leaders miss quite a few social and communication skills to really drive a team of people. While that is precisely what 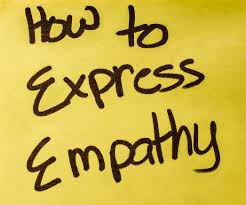 their jobs are all about.

Their ‘jerk’ like behavior can greatly affect employees, as many experts in the business very well know. Consider these adverse consequences: demotivated employees, loss of energy, low job satisfaction, lower productivity, absenteeism, or even quitting the job.

Experts see it happens regularly in practice. “ You need employees with sufficient space in their work and that feel confident that their bosses make the right decisions. And not being in the habit of wanting to decide everything. No worker will be waiting for such a situation”. What are the worker’s needs? A manager who inspires, listens, minds and has knowledge of their colleagues seriously facilitates his own work.

And moreover, the more managers there are, the more they will want to manage. “Thus they want above all to prove their existence, ” says another expert. To be a good manager, you should be open to feedback and criticism from workers and in this way you can really connect people with each other.

Is it really all bad about bosses? In judging our bosses we should not be too severe in the managers and should take into account the circumstances. Sometimes they are in quite a difficult situation, with all the change processes which they have to control. First, they need to assess the performance of employees, on the other hand they want to 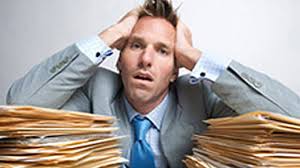 The latter sometimes calls for balancing on a thin rope; if the manager, at the annual assessment, unexpectedly comes up with all sorts of judgments and blame, a breach of trust is lurking. ,, Possible consequence is that the employee will feel angry, or have a decreased motivation and he or she will fail. “

However great the aversion to the manager may be, many employees still do not envy his position. Although a third thinks that they should do better than their boss, the majority recognizes that it is difficult to excel as a good manager.

Many HR sources think that the key to good cooperation between the manager and employee is in open communication. ,, To be a good manager, you have to connect and be open to feedback and criticism from workers and then you have people together. “” But this is not as easy as it sounds.  “It requires self-understanding of managers and in many cases a cultural change within the company. ” As if that ever is going to happen!

A bad boss can ruin your life. Last year, the American magazine The Atlantic reported that bad leadership can lead to 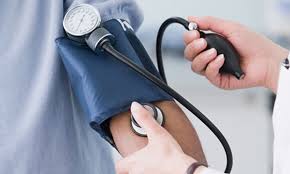 poorer health among others, stresses in your family, and an increased risk of heart problems. Recently management consultancy Hay Group reported that 55 percent of managers, based on global research, create a demoralizing work environment. Netherlands is an exception with an even higher score of 68 percent (as mentioned above) of the people having demotivating supervisors. For many people, their immediate boss is one of the major stress factors in their lives.

All well and good, but what can you do? Changing people’s behavior is complex especially if someone is not willing to cooperate. Yes, of course you can try to talk to your boss. Or complain to the boss of your boss or HR. But you are in need of a real change. Therefore, here are three different approaches for when something really needs to change for the better.

You ignore your boss’s annoying behavior, react stoically to his bursts and smile silently when he is speaking to you in a raised voice. You only respond when you hear a normal tone and content. This approach can be very effective, but requires a lot of self-control. Especially since you ignoring him the first times will most likely lead to more aggressive behavior from your boss.

Sounds impossible to you? I have described some success stories of how to do this here.

The best way is to build up evidence of your boss’s behavior and assemble a file. Save embarrassing emails. Even better: If you are a participant in a call it is legally allowed to record it. For example, use your smart phone to record a meeting. And you do not need to tell this to the other attendees. So, if someone threatens you or says all kinds of gross things, you can always use the recording (it is even admissible in court). 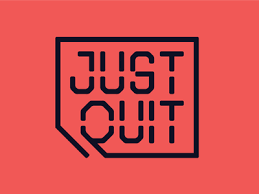 3. You take the decision to leave.

No appetite for the somewhat nerve-racking solutions above? But your immediate supervisor has a very big impact on your job satisfaction and career. If this attitude influences both issues negatively, then it will be better to look for something else. “A quick flight was more honorable than to bow to the yoke of the occupier,” Homer wrote.

Having a jerk of a boss can result in many adverse consequences, even going to the point of reducing one’s own health. We should never let this happen!

Do not just sit back and hope for the better as this will not be the case. Take some of the actions as described above and read my article about how to fire your boss. See some other articles on this site about bossing, bullying bosses and what to do about them.

Dare to take this step?

For those of you who, always or for a long time, thought about being their own boss and even working from home to do so, there is a perfect solution. Join Wealthy Affiliate (WA), build your website basis in 30 seconds and start promoting products in one or more of your passions. Yes, that’s right, not only you will work from home, being your own boss, but you can also work on your passions, hobbies and/or interests. You can enter a one week free trial through the link in my review below, without any commitments, to find out for yourself. Furthermore you can start by reading my personal review here on possibly the best internet business support program in the world.