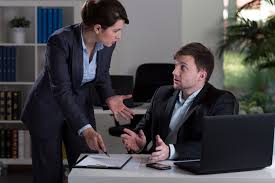 What do you do with a boss yelling at you and making fun of you? Stay quiet and let things subside? Report him to HR? Scientists have sorted it out and come up with a surprising answer. According to research, it seems best to repay angry bosses with the same measure. Why? You will feel less of a victim and you are happier with your work. 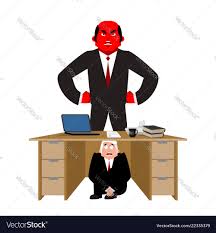 Before the outcome of this research, I didn’t think it would be beneficial for employees to repay evil with evil, but that’s what was discovered. It is of course better if there is no hostility at all, but if your boss is hostile, in some cases it seems best to act hostile too.
I will go on to discuss the surprising results of this questionnaire and explain how you could deal with an angry boss.

In the end, I will discuss a unique escape route to end conflicts with bosses and colleagues altogether, which will change your life completely and for the better.

and certainly not repay evil with evil. However, that exactly is the conclusion experts drew after they sent a questionnaire to some 170 people. In the questionnaire the test subjects were asked about their boss and in particular how often that boss made fun of them or shouted at them. The test subjects were also asked how often they returned evil with evil.

For example, by throwing it back right in their face or simply ignoring them. Nine months later, the test subjects again filled out a questionnaire asking how satisfied they were with their job, how loyal they were to their employer and how they were mentally doing.

The research shows that test subjects who were dealing with a hostile boss and did not object to it much experienced more stress and were less satisfied with their job. This comes as no surprise to me, as I always advise taking some form of action in case of any conflict on the work floor. Let conflicts, 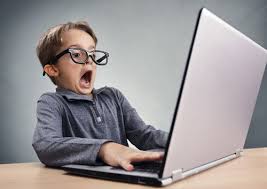 issues or anything adverse fester and they will come back to bite you. Burying your head in the sand and thinking that things will be solved just like that, will definitely not help!

Not afraid of the boss

And nowhere is a big surprise. As I said action will be necessary and there are many ways but paying evil with evil paid off: the test subjects who had a hostile boss and returned this hostility did not experience those negative effects. You see they had handled the issue head-on. I know it takes courage to deal with a boss like that and the outcome will not always be positive for the employee, but it can be a successful method of dealing with a particular boss.

But why didn’t those test subjects experience those negative consequences? The second part of the investigation provided the answer. From that research it appeared that test subjects who treated their hostile boss evenly were less 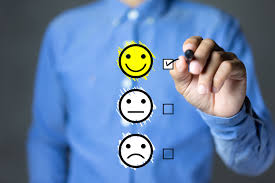 likely to feel a victim of the boss’s whims than the test subjects who did nothing. Surprisingly, these “angry” test subjects also thought that their hostile attitude toward their boss did not adversely affect their career.

I guess they sent out a very clear and powerful signal to their respective bosses that something was really wrong and received some kind of a reaction. Maybe the boss became somewhat milder or stopped completely with the abuse.

I would like to make one remark here and that is the time factor of the 9 months mentioned. Who is to say that in that time a resentful boss is not stealthily building a case against the overly angry employee to just dismiss him or her within a year or year and a half? But anyway, most of the test subjects appeared ok.

Moreover, the first part of the investigation showed that test subjects who repaid their hostile boss with the same coin were more satisfied with their jobs and more loyal to the boss than subjects with a hostile boss who kept to themselves. The researchers think they can explain that also. Employees who give their hostile boss a good fight back at work could count on the admiration and respect of their colleagues. They think that they could never do that themselves, but yet you did. You grow in their esteem and this will give you more satisfaction in your job.
Now I will take a short look at the manager’s side of this anger issue, just to give you the difference.

The boss’s anger side

As we have seen above, becoming evil could be an effective means of control and sincere anger urges the employee to take action. In this changing world, it is also common knowledge, that managers have had to use their soft skills en 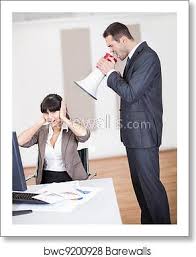 mass in recent years, and there is more: a good manager shows his feelings. This has been concluded in another study. But the same study also concluded that it can be effective for managers to be angry with employees – on the condition that they actually feel that anger.

In other words, if a manager only fakes anger, his staff will immediately know and judge it for what it really is. A phony case of showing who is in power, which will work adversely for the boss and on the group.

For example, during crises and in reorganizations, intense emotions often arise. There are good reasons for this, they have a strong function. Of course bosses should prevent tantrums, but that ‘normal’ anger towards employees can actually be motivating. Employees often wait until something happens, they tend to look at how far they can go. A really angry boss will create clarity, this is accepted by his staff.

Here I can also refer to experiments in which actors played managers. If an actor was pissed off, it was often interpreted as ‘I want action’ and the subordinates immediately grabbed their agendas and went to work. If the actor was lukewarm, the employees took the same message with a grain of salt and went on the way they had started, it will be fine, it was thought.

So, I hope you can see how the other side works as well. Share with us your experiences with angry bosses and your reactions to them.

The moral of the story? Angry bosses must be repaid in kind? No, not always. I am afraid this depends on the specific situation that you are in. There are other ways that a boss can be dealt with. Have a good conversation with him in a controlled environment, pure businesslike and without emotions. Talk with HR, however, know where they stand (mostly on the management side). 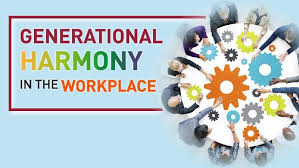 The best scenario is still a scenario in which there is no angry boss at all. Sounds like utopia? To me, it does, as I have never experienced a fully harmonized working place. After all, we are interacting with other people, each one of us having our own flaws.

Want to try it?

Therefore the reality is that we all will be confronted with angry bosses, sooner or later and you better prepare for it. If you really want to go for it, then shout at him in his office (make sure others can hear, but not see it). You must be sure that you stand in your right. Each and every one of you can start preparing for such an occasion and feel comfortable at the same time because you have an escape route!

And here it is!

In your free time and next to your existing job, you will spend some hours becoming your own boss. You do that by being an affiliate marketer, operating your own website, having a niche of your passion, promoting merchant’s products, selling the product and making money on the side. And you will be doing so with the help of the best community in the world. It is scam-free, excellent support, reasonably priced and the first week will be free, without any commitments from your side.

I dare you to try!

I myself have been a member of this community since October 2014, but it exists already since 2005. I have written a full review of this unique program and you can access it by clicking here. The link to a full free week to experience it firsthand is in there too.

In case you have any questions unanswered, just put them in the comment box and I will gladly reply within 24 hours.

16 thoughts on “How do you Deal with an Angry boss?”