Frustrated by the old-fashioned and uninspired corporate world, Derek quit his job. His mission: to discover whether things can be done differently, with room for autonomy and creativity and above all, without bosses. He discovered that it is certainly possible. Maybe it is time for you too and do something for yourself. 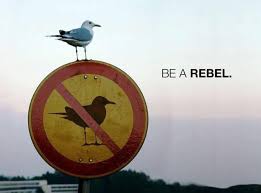 Especially now that we all work from home, we find out how obsolete that old-fashioned approach full of rules, protocols and control actually is. At the age of 34, he himself left his job as a logistics manager at a logistics multinational company. He found it frustrating to work in corporate business, so he left the corporate jungle. See the whole story below.

The thing is that each one of us has the possibility to do so and be that rebel and start for ourselves! Read on and I will have a very popular and winning opportunity for you.

Take those status meetings on Monday morning. You are in a meeting room with too many people and everyone gives an update on the project she or he is working on, which nobody else is interested in but the manager. That is such a tedious and inefficient start to the week, one hardly anybody looks forward to. The fact that you have to be there promptly at nine and clock out at five is another one. As if your added value only lies in your mere presence. Derek laughs: “You’re not a toddler, are you? So, we should not have to be babysat.”

Also something that you can be annoyed with, but that simply seems to 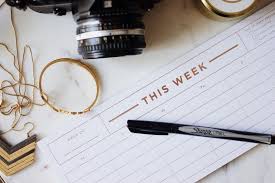 belong: managers who think that they automatically have the best ideas because of their higher position. Nonsense, of course. But that does not prevent them from mainly implementing their own plans. And you don’t seem to be able to escape being micromanaged in the office either.

Of course we all know that we would rather see things differently, Derek continues. But is that possible? “We massively accept that work is just like that. We think it’s part of it. “He pauses, then,” Well, that’s nonsense. There are an incredible number of alternatives within which there is room for creativity and own initiative. You could say that we are now presented with the best example on a silver platter: even people with professions that were said to be impossible at high and low levels are now working from home. So it is still possible.

Derek is hopeful that this current situation will lead to structural changes. For example, that you can indeed work from home one or two days a week when everything will be back to normal. “It is of course terrible what is going on, but every crisis also offers an opportunity to do things differently.

You often see that in companies too: only when they really get into trouble do they dare to do things radically different. “But also with regard to ourselves, he thinks. The air is less polluted because of fewer cars on the road, and we may also start to get ideas about how things could be done differently.

“It started out as a selfish quest, but soon I discovered that so many people are struggling with the same thing. How many people cheer when its is midweek again every Wednesday? Gradually I realized that we also wanted to help all those people. It is such a shame that so much motivation is lost, and also something we spend so much time on. What if we can make a real change? Make the world a bit more beautiful that way? “

So corporate hippies? He laughs: “I wouldn’t call it that myself. But you do notice that there is a great fear of change. The thought often prevails: we have been doing this for a long time and that has always yielded something good. Fortunately, more and more companies also understand that it is necessary to want to take care of employees as well as possible. It is a way to attract and retain talents and motivate people to do even better. “

He continues: “Now of course you can think, that is all nice and well, but I have zero power, so if I want to change something within my company, it will not work. Of course you have less influence, but as with any revolution, you can 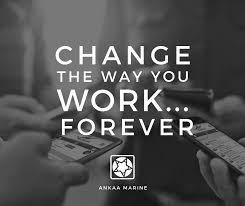 bring about change from within by looking for like-minded people. The more people, the more impact you can make. “As an example, he mentions a team of twenty employees at an IT company who experimented on their own with other ways of working.

“Without any support from above. They wrote blogs about it and got more and more people involved, and now 80 percent of the organization works in a different, much better way. That happened purely because there were a few who believed in something and dared to turn it into action. “

You can make a difference too

Of course everybody, at some point in time, will have the opportunity to make changes in their life, job, relationships. Just going by routine, live from day to day, week to week, year to year and all over again: what kind of life is that? Sounds to me very boring, with no new challenges and new situations, not meeting new people, not doing different things.

I agree that all changes are not for the better, but sometimes you will be much better off and a lot of times very much better. At least for some time to come. But when things would happen to go pear-shaped again, you would more easily adapt again. Remember, you did it before. 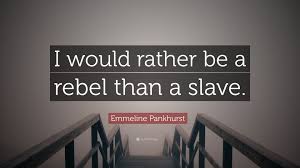 Why not be a bit of a rebel, Derek would say. “Forget the beaten track. Don’t be blind about that career path you laid out for yourself when you joined the company. The fastest way to the top, so to speak. That usually has to do with money and status, or because you think it should be.

But all of these are extrinsic motivations, such as money, fame, grades and praise. Instead ask yourself: what do I like? What do I like to read about? What kind of projects do I enjoy picking up? In short: time for a personal revolution.

Like Derek and a lot of other people, I am of the same mindset. Working for a boss is one thing and do the things you want is another. Usually the two do not mix.

Finding out about yourself is doable and advisable for each one of us, but how to convert those values and ideas into real opportunities? What if after a long search those alternatives do not present themselves to you? Yes, job-hopping is a possibility, but only for a few persons. Many of us like to start our own business, but do not know what kind of business or have other constraints.

This is why I would like to present one world-class internet opportunity as my recommendation number one.

My recommendation #1, no more a slave!

Of course the internet gives you many chances to make money, either full time or at the side. However, it is rife with scams and programs that only want to take your money. You do not need to be afraid of being scammed by this program. It is the world’s most popular system and existed since 2005!

It will support you in becoming a successful internet marketer, having a website in minutes, building it out to drive traffic to your site and then promoting products of merchants as an affiliate. Every time the product is sold through your link to that company’s site, you will receive a commission. As I have been a member since 2014, I have made a full review of this program and how it works, which can be accessed by clicking here.

Guaranteed scam-free and reasonably (low) priced, this is a once-in-a-lifetime opportunity. In my review, I will be giving you the link, which will give you week-long Free access to this program and its excellent community. No commitments!

6 thoughts on “How to be a Rebel, quit your Job and start for Yourself”