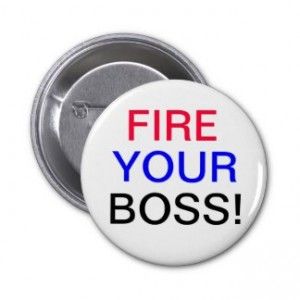 If you like a challenge and want to succeed against all odds, then this is for you. And your almost ex-boss!

Employers want to get rid of bad personnel and more often than not attribute their bankruptcy to the failure of their staff. This can be the case, but from the experience of many people and also of me it is often the employers themselves who have spread the fleas. They have and are getting paid to be responsible or not?

Your employers are the boss, which does not automatically mean that they are the best workers in the workplace. Quite often the opposite is true! Often the bosses are the bad apples in the basket, for example.

Because they are using double standards, sexually harass, give a bad example, engage in nepotism, are inconsistent, are not pure to the bone, just make bad decisions, and/or do have no leadership and do not know how to deal with people (employees are in fact, people!). So many companies have to deal with a sick atmosphere caused by the boss because the boss failed to act or failed to act properly.

Therefore, countless workers fantasize about getting their boss fired, but few succeed. So how to get your boss fired? I will follow up with some success stories and then indicate what you can do in order to have the biggest chance of succeeding against the odds.

And if you are already fed up with your boss or bosses, you can become your own boss. Check out my perfect solution at the bottom.

It is not an easy thing to do, but not impossible!

I have researched a lot of stories on the internet and although I gathered a handful of success stories, they all have one big warning in common: think many times over before you try it, because you will likely fail. 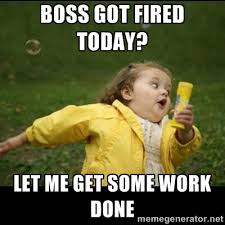 Organizations are power hierarchies, and your boss is automatically one level up from you. All of these situations come down to one thing: what is the leverage you have. If you declare war on your boss, 90% of the time you’re going to lose because your boss has more leverage than you do. Think of what leverage you might have or be able to get.

So, here are some success stories.

There was a lady, who came in as the new director of a university office with 20 employees. She was following in the footsteps of a much-loved boss and quickly developed a reputation as a very difficult manager. People in the department soon started quitting. Four left, and others became disgruntled and wrote letters to senior officers at the university. Taken to task by the university, the boss ended up taking a leave and then did not return to her job.

A forceful salesman was promoted to serve as a Director for the top sales group at his chemical company. He opted to perform the job by tagging along with team members on sales calls and then constantly critiquing their performance. He made people really annoyed at him.

The aggravated employees started calling the new boss’s boss to complain. But they didn’t just say they were unhappy. They spelled out how he was interfering with their work. The group’s approach was effective, because taken together, each of the five employees’ strong track records gave them the leverage they needed. They also made a convincing business case: the manager was driving down sales. The management let him go. 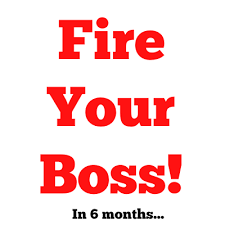 A major insurance company with its headquarters in one place and a human resources office in another that ran by its own rules. The main office wanted the branch to get in line with corporate practices but its head preferred to do things his own way. The department’s number two started charming himself with his superiors in the main office and modified his own work to be in line with the central office.

How he could do that without aggravating his boss, the story did not tell. When the company had to cut costs, it laid off the head of the division and kept the number two, who had proved he could do a better job at running the department.

The new head at a mid-sized technology company was a technical genius but totally lacking in management skills. He turned everyone off, including customers. Morale started plunging and employees began to grumble. But they did not let this happen without a fight and they reached out to members of the company’s board, laying out how the guy dampened motivation, wrought havoc with teamwork, and drove customers away. It took a long time, some three years, but the board finally let this person go.

An experienced math and statistics professor at a junior college felt he was being “persecuted” by a new dean, despite having job security and being well-liked by students. The professor collected evidence carefully, documented the dean’s attacks on him and others in his 12-member department, and approached the college’s chancellor and members of its board. 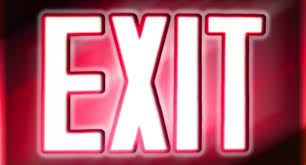 Don’t hand the management or even human resources a fist full of scribbled cocktail napkins and Post-It notes. Transfer your written notes into a typed, neatly prepared report. If you have receipts or other DVD or photographic evidence, present them in a binder or folder. Making a professional presentation will send a message that this is serious and goes well beyond your boss just having a bad day.

Strength in numbers, take the divide and conquer approach because two heads (or more) are better than one. For example, if you’ve been the butt of numerous sexist jokes, confide in a trusted same-sex colleague to see if he/she has experienced something similar.

Look for alliances where your boss is weak. Of course, when you cannot find these or when your boss has covered all his options, this will be an uphill task.

Persistence and patience can pay off, but it may take years. Even in a slam-dunk situation where the boss has been blatantly violating numerous codes or violations, your manager may not go away overnight–or even at all. The boss may know what you’ve been up to (or may suspect) so he/she may have already tried to cover evidence or cook up a story that would prove you wrong. In the event that it looks like your manager may not get fired, consider if you can continue to work at the company or if you would be better off working elsewhere. 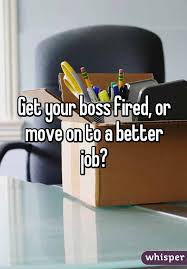 Keep your emotions in check, and lay out a case that details how the boss is costing the company money. Try to leave emotion at the door when you meet with human resources. Especially if your boss has been abusive or hurling racial slurs your way, try to divorce yourself from the situation and approach it as if you are presenting the material on behalf of someone else.

Don’t name-call. During the meeting, be as professional as possible. Never say that your manager is simply a “bad person” or “evil,” but instead lay out the facts and your report in a calm, confident manner. Let them draw the conclusions themselves.

Contrary to common belief (the boss is always right), there are several possibilities to beat your boss. The above examples illustrate this abundantly. However, what if none of the above will work in your case? If you can’t think of a business case against your boss, then you probably just have a personality case, and you’d better get over it or you better find another job!

So, why not start your own internet business from home?

Be your own boss. Sounds far-fetched? It is not if you choose the best support program in the world: Wealthy Affiliate (WA). Start your own website in minutes, learn how to write quality content, use the right keywords to attract traffic (= business).

Find out all about WA in my personal review here. Join them for free for one week through the link in the review and discover for yourself the best affiliate training and support community in the world.

If you have any questions, please leave them in the comment box and I will get back to you within 24 hours.

16 thoughts on “How to get your Boss Fired? Here are 5 Success Stories plus Lessons Learned.”