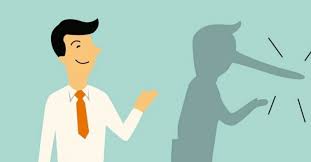 Pinocchio syndrome is known in psychiatry as “pathological lying” or “compulsive lying”. Some researchers of the human mind indicate that this pathology is characterized by the inevitable urge to lie. When we see an adult or boss who fills his life with lies and deception, we tend to see someone with a serious problem. 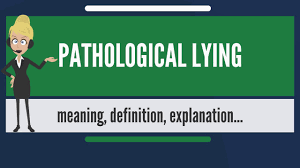 Deliberate liars or not?

Some people deliberately lie to gain any benefit, but pathological liars lie without even knowing why. Their lies are spontaneous and unplanned. Once they enter this dynamic of fallacies and deception, they seem unable to stop. They can even persist for years at a time. The pathological liar knows he is lying, but he cannot help himself. And ultimately he believes in his own fables.

I will explain here the symptoms and how to know them as well as what to do when your boss is a pathological liar.

Can’t stand your lying boss? Start making money on the side by checking out the last paragraph.

What is pathological lying?

Pathological lying is the chronic behavior of compulsive or sickly lying. A pathological liar is someone who spreads compulsive lies. Unlike telling a white lie for his own good, a pathological liar seems to be lying for no apparent reason. This can make it frustrating or difficult to know exactly what to do if you think you’ve met one in your (working) life.

Although pathological lying has been recognized as a mental illness for more than a century, there is still no clear universal definition of this mental illness. Today it is also called by its popular name Pinocchio syndrome.

Nobody lies as much as the boss

One in three employees lies at work at least once a day. Managers take the cake and lie much more. Recent studies revealed that more than 35 percent of managers lie at least once a day, as do a quarter of the other employees. This as such does not make them pathological liars, but here is when it gets tricky. 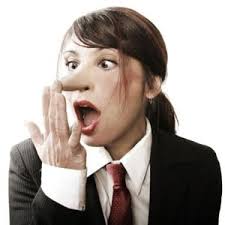 41 percent of lying managers act unethically because they think it is more important to advance their own career than to stick to the rules. More than 42 percent of managers feel pressured to regularly violate the truth. Of course this makes it all the more difficult to recognize when your particular boss is a pathological liar. However, I fully trust that with the aid of the below symptoms, you will be able to do so.

Where does this compulsive lying come from?

Pathological lying can sometimes be the result of a mental condition, such as an antisocial personality disorder, while in some people there seems to be no medical reason for the sickly lying. A pathological liar is an excellent storyteller. They captivate their audience by telling extensive and fantastic stories while being very animated.

Why so much lying?

Besides being able to express detailed stories, people are also fascinated by what drives someone to lie so many times. It is natural to want to know why someone is lying pathologically, especially if there seems to be no apparent reason for his or her lies. And if it is your boss, then you could be in big trouble for not realizing what the real problem is.  Here are some of the symptoms that will help you recognize a pathological liar.

The following features and symptoms of pathological liars have been recognized by science:

Their lies don’t seem to have a clear advantage 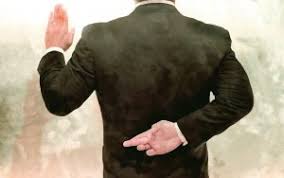 While you may sometimes lie to avoid an uncomfortable situation, such as embarrassment or trouble-shooting because you accidentally hit a car against a post, a pathological liar tells lies or stories that have no apparent benefit. Friends and family of a person with this syndrome find this especially frustrating because the person who is lying does not benefit from it at all.

If your boss keeps it within his staff, then he might not be recognized at all, so the action is yours.

Compulsive lying only causes him or her problems.

They don’t seem to gain anything with their lies. The stories they tell are usually dramatic, complicated and detailed. Pathological liars are great storytellers. Their lies are often very detailed and colorful. How they can get away with their bosses beats me.

Although clearly exaggerated, the pathological liar can be very convincing.

That often makes it so hard to believe you’re dealing with someone who has a sickly tendency to lie. “Huh? Did I hear that correctly? No you can’t, last week he told me something completely different! ” And there will be more like these. Not easy to catch when it is your boss.

They usually portray themselves as the hero or the victim 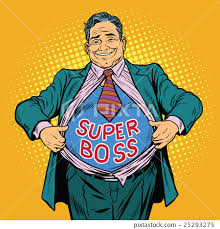 or victim in his own stories. This sometimes has an important reason. In this way, the person who is inclined to lie still tries to gain admiration, sympathy or acceptance from others.

They often seem to believe the lies they tell

A pathological liar tells lies and stories that lie somewhere between conscious lying and deception. They often believe in their own lies. It is difficult to understand what is going on in the head of someone who is lying pathologically because this person is not always aware of their own lies. Some do it so often that experts think they may lose track of the difference between fact and fiction over time. The lies then become their own reality.

Pathological liars also tend to be natural performers. They are often articulate and know how to communicate with other people when they are speaking.

The lies then become their own reality

Pathological liars also tend to be natural performers. They are often articulate and know how to communicate with other people when they are speaking. They are often quick thinkers and very creative and original. A pathological liar may not show any signs of lying at all. Think of taking long breaks in conversations or deliberately avoiding eye contact.

If you asked this person a specific question, you often see that they keep on telling endlessly without ever being really clear or answering the question.

More signs of a pathological liar

The stories they tell are not delusions, but they are also not entirely true. They often contain traces of truth. The tendency to lie is constant because it is a 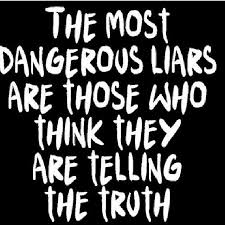 character trait and not related to external situations or the social environment.
Their stories and lies usually put the liar himself in a positive and favorable light.

The compulsive liar really believes that the made-up events have taken place. They always deny that these events are fantasies of their own minds.

It is not deadly, but it is far from harmless. It has side effects on many different levels. Within the social sphere, the compulsive liar tends to lose credibility and is often labeled a “talker”. Within his family, he is defined as a reprehensible person and someone you cannot trust. And his friends and acquaintances tend to distance themselves from or exclude him. His employees do not take him too seriously anymore.

The only treatment for people with this type of syndrome is psychotherapy, although there are currently no studies in this area that guarantee a complete cure for the patient.

Unfortunately, the world has a number of pathological liars and when your boss is one, then you better take care. 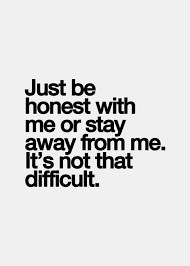 My list of symptoms and signs, as mentioned above, will certainly help you come closer to the truth.

I do not know about you, but this looks very scary to me: no real treatment for compulsive liars yet. So, my advice is to stay away from them as far as you can, unless you are not affected at all.

However, a lot of people will be affected by these lies. And when this person happens to be your boss, it is time to look for another job or better yet: become your own boss. For the latter option, I have a suggestion to make.

You keep your job but start your own website, build it out and make money on the side. The world’s most popular internet support program will help you every inch of the way to do so. I have written a full review of this life-changing system and if really interested, you can access it by clicking here. Your first week with the community will be completely free when using the link in my review. You do not like the experience, then you can leave without any commitments, but if you do like it, then you might be in for the experience of your life.