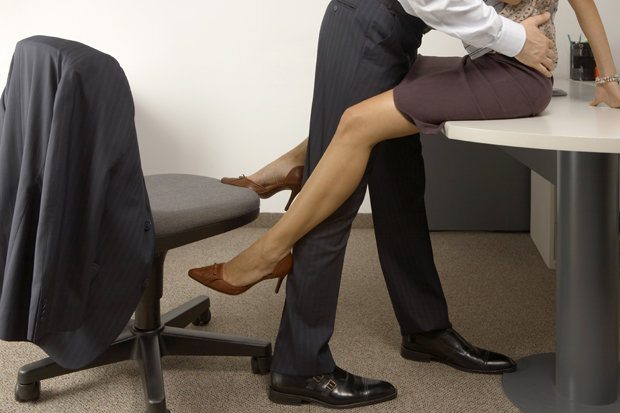 Sex in the workplace has been prevalent as long as there have been bosses and employees. Common on the work floor, sex with the boss has been under-exposed in the media for eternity.  Recently and at long last, a number of

representative surveys about this phenomenon have been conducted in the Western world.

I have collated the findings of these surveys. In this article, I am going to give you the shocking results and some of the real facts about sex with the boss. Just discover why you would do better by totally avoiding it or in case you did better leave.

In this case, take a look at the last paragraph, where I describe a unique opportunity to become your own boss by way of affiliate marketing. Something everybody can do.

Its is a normal fact that employees do not always concentrate their thoughts on the business at hand during important discussions or boring meetings. For example, at least half of them undress their bosses in their minds. For 57 percent, sex is the favorite subject for daydreaming, although there are

significant differences between men and women. Both sexes think equally about sex, but 58 percent of men fantasize about having sex with a colleague, compared to only 21 percent of women.

Bosses might be too busy and stressed to think about having sex, but this has not been investigated.

Sex just takes a very important place in this world and there is nothing new there. So, what urges people to take action on what is going on in their minds?

Reasons for having sex with the boss

Among the most common motives for sexual relations with a boss are physical attraction and a desire for a good time, which is just human instinct. But smaller percentages have more selfish reasons for getting steamy on a desk or in an office closet (or anywhere else) with their superior. And while most workers said they would do nothing if they found out another employee was sleeping with the boss, some people jumped at the opportunity to blackmail their manager or colleague.

Here are the motives 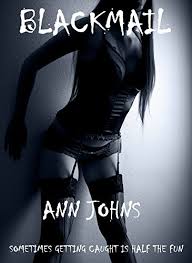 Promotion: 20 percent of respondents would consider going to bed with the boss to achieve this. More men than women are open to this idea, with 30 percent compared to 8 percent.  Not everyone was equally enthusiastic, however, with only 7 percent who would have ‘absolutely certain’ sex with the boss to score a promotion. 12 percent would ‘certainly consider’ again.

Salary increase: 12.1% hoped to get a pay raise

Power: some people crave power, and 21.8% of respondents who slept with their boss said they did so for the simple reason that they found power attractive. But power also means managers and other superiors can bestow or take away privileges.

Blackmail: and then there were the truly dark souls, 8.7% said they went through with it for the explicit reason of blackmailing their boss, which is truly the lowest level.

Are there any positive outcomes about escapades with management? Well, apparently there are.
15% of women say they have had sex with the boss. A considerable percentage of 37% say they have received a promotion, which makes you

Scheming employees seem to go to work in a much better mood, after all, they can further work on their target. Monday mornings are completely crazy because after two days of absence you see future victims back!

These employees are at their best, more confident and are more often open for overtime. Yeah, right. Executives believe that when a woman has a relationship with her boss, wage increases and other rewards directly result from such a relationship. This applies to 60% of the male and 65% of the female managers.

A warning to everybody: don’t you ever think that your escapades will go unnoticed.

58% of employees said at some point in their career they knew of a colleague who had slept with their boss, and a majority (64.5%) said they were inclined to do nothing if they learned of such an affair. But there’s always someone looking to stir up trouble, and a whopping 36% said they would share the news with a colleague, while 4.2% and 3.2% said they would use the information to blackmail their boss and the involved co-worker respectively.

But perhaps the most eye-catching survey result is that 3.3% of people said they would post on social media after hearing about the relationship.

Colleagues, however, have little respect for those who have a relationship in the workplace. 61% of men and 70% of women say they do not respect a manager who has a relationship with one of his or her staff.

Let me know what experiences you have through the comment box.

So what’s the takeaway of all the above? Well, most people, although thinking about it sometimes, do not sleep with their boss. However, a lot of people sleeping with their boss have ill intentions, and furthermore, some colleagues may be willing to stab their coworkers in the back for blackmail or a good story.

Many will feel the above results are shocking. Many of us have already seen the destructive effects that any relationship can have at work. Moreover, you not only put yourself in jeopardy and in a difficult situation but also your colleagues.

So, is there any future in sexual relationships with the boss? The urge will always remain, but the possibilities are decreasing as a result of camera surveillance, many open (glass) spaces, etc.

In most cases, it does not pay off anyway. I think that the advantages are far outweighed by the disadvantages and I would therefore suggest staying away as far as you can.

It is a fact that there are a lot of people who do not get out without scars. Look at these statistics: 10.6% said colleagues started rumors about them, almost 8% said HR got involved, almost 14% had to find a new job and 3.4% were demoted. For those of you who unfortunately belong to this last group, I have a recommendation.

Get away from the work floor and your bosses, avoid all the hustle and become your own boss, by having your own (internet) business and even working from home in your own time. This opportunity is all about becoming financially independent with all its freedom attached. And with the current internet possibilities a real option for everybody: becoming an affiliate marketer.

There is one condition though: you need to have good training and excellent support at a very affordable price. You also do not want to be cheated out of your money and make an honest income for yourself and maybe for your family. So I am going to introduce to you the best available internet business support program in the world.

I have been a member of this program since late 2014. Find all the details about their working methods, training programs/tools, and 24-hour support by clicking on my personal review here. In this review, you will find a link with which you will have free access to the program for one week!

4 thoughts on “Is having Sex with the Boss a good Career move?”