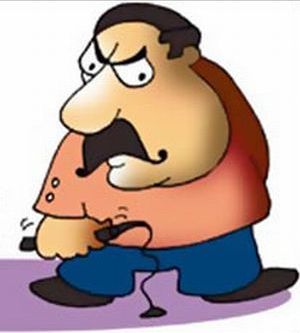 You might not realize it, but psychopaths are everywhere among us as they form about one percent of the world population and as much as 25 percent of 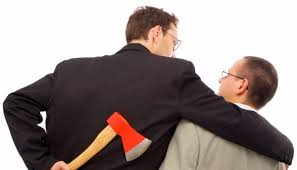 male offenders in federal correctional settings, according to the researchers. It is then fully natural that some of your executives could be psychopaths. Does your boss have unpleasant traits? Probably.

There is, however, a chance that you are dealing with a psychopath as one in five executives in the business world fall into that category. And yes, that is an enormous number. So you better arm yourselves and try spotting these types, before any harm can come to you. I would like to help you by explaining what psychopathy is and giving you a list of 11 symptoms easily recognized of such a person.

Want to avoid psychopaths? Check out my last paragraph and start making money on the side!

What is a psychopath?

According to Wikipedia, psychopathy, sometimes considered synonymous with sociopathy, is traditionally defined as a personality disorder characterized by persistent antisocial behavior, impaired empathy and remorse, and bold, 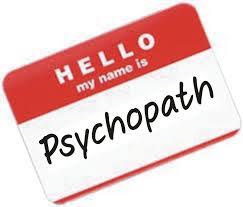 dis-inhibited, egotistical traits. So, you are asking what this behavior looks like in reality.

The following characteristics are attributed to psychopaths. A person need not have all these traits to be called a psychopath, but having three or four is enough to show caution. I would like to emphasize though, that a real diagnosis can of course only be determined by a psychologist or psychiatrist.

One moment they are agitated, the next they appear to calm down. Only to be cranky again when someone says or does the wrong thing. This characteristic of a short-temper can be very trying at times. Their extreme impulsiveness will contribute to this trait. 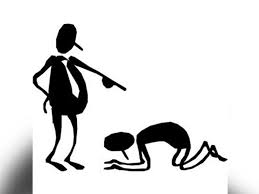 They have certain ideas that they want to pursue regardless of the consequences to their staff. They do not experience any repentance, guilt, empathy and have no emotional depth.

Psychopaths make the most striking first impressions and possess an innate ability to make you feel as if you are the only person in the room. They are smooth talkers and like to tell ‘ big’ and strong stories. They are brilliant psychologists and can play everyone with their charm. But beware, this charm is only superficial.

Regardless of whether they play the charming, manipulative or sympathetic card, psychopaths are the real company bloodsuckers and find it normal to give you all the confidence, but afterward you find out that they took your valuable ideas on which you had brooded for months. Take very good care when your boss always takes the credit for your great contributions and accomplishments. 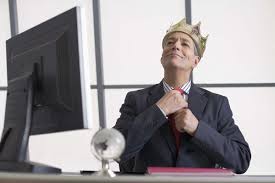 any code at all and experience little guilt or anxiety when they tell lies. Lies in which they present themselves better than they really are or in which they put others in a negative light. In a word, they are pathological liars. They gloat with self-esteem, they are often braggers who highly overestimate themselves.

Another characteristic of psychopaths is their focus on self-interest. Although they can feign concerns for others and come across as warm, thoughtful and helpful, this interest is purely superficial and only serves to get something done in the future. When they want something from you they can be everything it takes, including being the nicest boss on earth, for a couple of minutes. As soon as they have achieved what they want, the fairy tale is over.

Read here how to deal with these particular types of bosses. 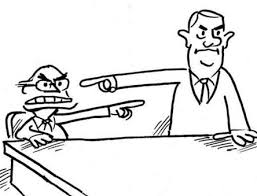 Psychopaths are extremely capable of shaking off responsibility when mistakes occur. They refuse to accept that they themselves are guilty and often manage to put the blame on somebody else. Psychopathic bosses have no problem using their employees as ‘reputation shields’ to secure their own status within the company. Remember this, when something goes awfully wrong, especially when it is the boss’s mistake, they will know where to find you.

The part in our brains that is responsible for emotions is rejected by psychopaths. That is, psychopaths do not experience the same everyday feelings of fear, regret, and horror that are so familiar to normal people. This does not stop a psychopath from behaving anxiously, apologizing or being surprised in order to manipulate others. Psychopaths are perfectly capable of putting up a show if this helps them forward.

The brain of psychopaths works in a different way than that of ordinary people. This ensures that things that most people fear do not have the same impact on these cool fish. This gives psychopaths their enviable cold-bloodiness, their calm during difficult situations. But it can also sometimes lead to unnecessary risks, in which case they could lose control and crash. 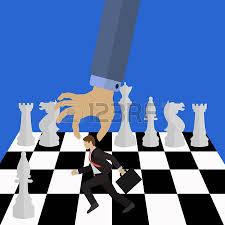 psychological chessboard: he can pick up employees, move them and make them jump, just because he wants them to. You will experience this when your boss asks you for the so manieth time to do something you do not understand at all. All logic will be gone, but you will still have to perform what is being asked.

Psychopaths are social chameleons and change their behavior according to the situation or person they can benefit from. They are masters of manipulation and have no difficulty in responding to our feelings if that can turn out to their advantage. In this way, they can, among other things, generate good pity and compassion for others.

How to deal with psychopaths?

So, now you are able to recognize a psychopath. But what if you suspect that someone in your environment has an antisocial personality disorder – how do you deal with someone like that? 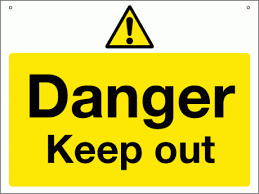 Experts advise people to trust their own intuition and, if they have suspicions, not to enter into a fight with a potential psychopath, but to avoid him or her like the pest. The moment you realize that someone in your environment has psychopathic traits, you must immediately stop believing every word they say.

This applies to both positive remarks and negative ones because both can be a way to manipulate you, win your trust and undermine your self-esteem.

I would advise companies to better screen applicants. Nowadays, employers too often pay attention to what someone can do, rather than to personality. There needs to be a better trade-off between the two.

In general, psychopaths do not make for pleasant colleagues. They often create a lot of chaos and are inclined to play people off against each other. For them, business success is a game, it does not matter if they cross borders, it is only about achieving their goals and dominating others.

Unfortunately, psychopathy in many cases is often not recognized for what it is.  It is precisely the point of this article to make you more aware and better equipped to recognize it when it really stares you in the eye. I have often wondered what was happening around me, knowing that it was not good, but not being able to pinpoint exactly what was going on.

Action necessary! Here is your chance

If you happen to be in a working situation, where psychopathic behavior is prevalent, then I advise you to stay away from it and yes, ultimately leave that job. Believe me, it is much better for your health. 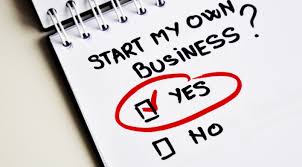 The best thing I ever did is to become my own boss, work from home and have my own internet business. Interested to know how I did it? Read here my personal review of the world’s best internet business support program. Through a link in my review, you will be able to sign up for one week for free.

If you have any questions or want to share your experiences with psychopath bosses, please leave a comment in the applicable boxes.

2 thoughts on “Is your Boss a Psychopath? 11 Symptoms easily Recognised”