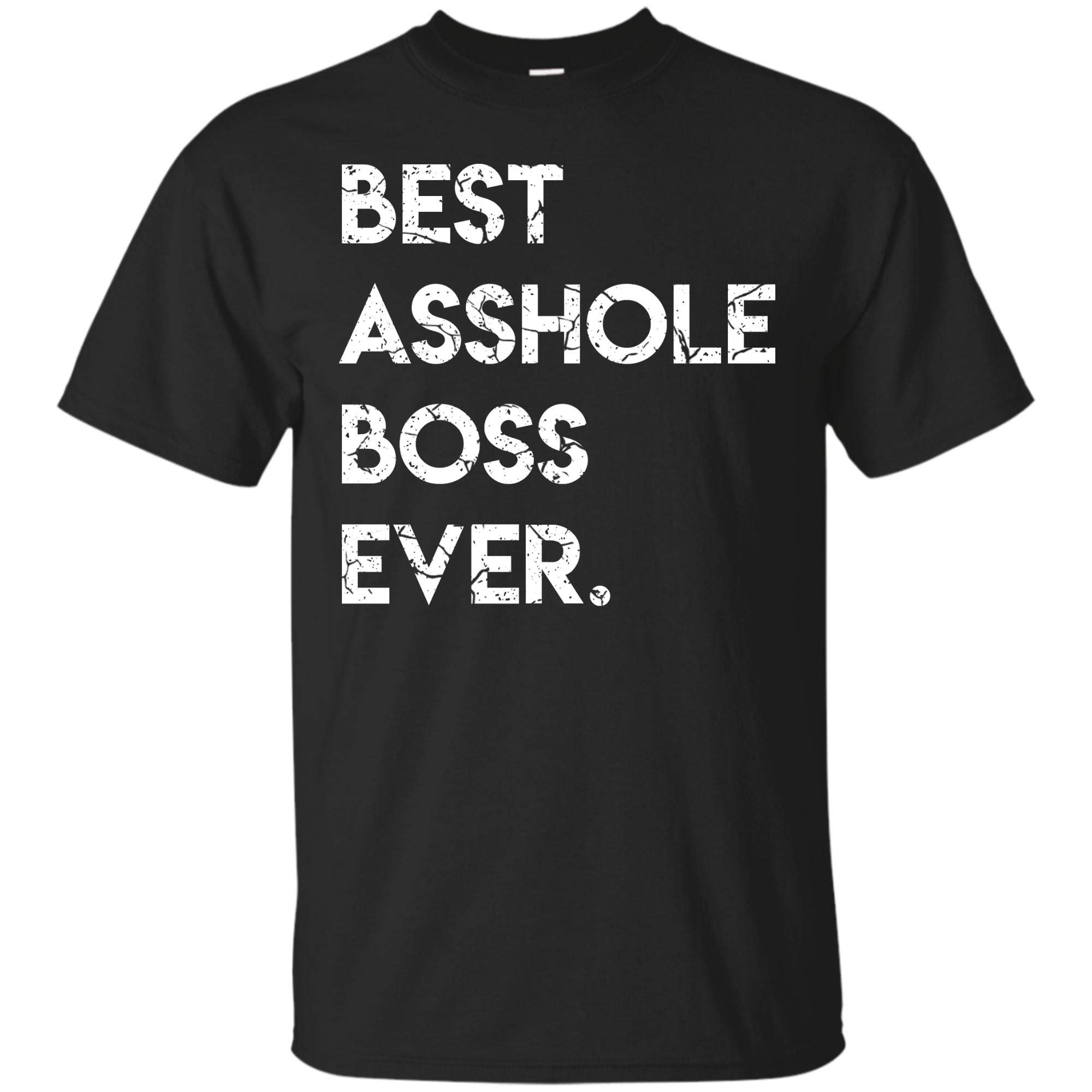 Unacceptable behavior in the workplace is something of all times, everybody will encounter it from time to time. But leaders should know that bastards in the workplace can constitute a serious obstacle to success. Loutish 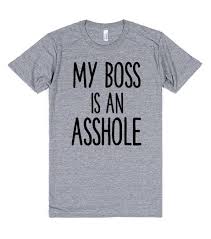 behavior can be defined as `the ongoing display of hostile verbal and nonverbal behavior without physical contact`.

And what about this development:  Who still says Mr. against his boss? Why does the management still have lunch separately? Working relationships have become more informal. The farewell to the traditional hierarchy has brought many benefits, but it does take firmer executives with more backbone. And not people behaving like assholes.

In this article, I will indicate in what case your boss might be an ass hole and the damage they can cause. Furthermore, I will give you a tell-all example of what can happen in practice.

Fed up with bosses anyway? Become your own boss working on the internet from home. To do so, check out my life changing option in the last paragraph.

When is somebody an ass hole? 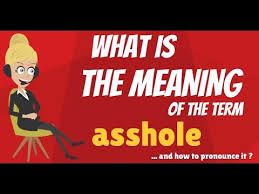 There is a jerk on the premises when the following two questions can be answered affirmatively:

(1) do you feel targeted after having spoken with the alleged asshole and/or humiliated, demoralized or slighted by that person?

(2) does the alleged bastard heavily criticize people who have less power rather than those who are more powerful?

If this is pertinent to your situation then chances are your boss is an ass hole.

What damage do they cause?

Several studies show that the economic damage bastards can achieve is great. For example, it is estimated that 25% 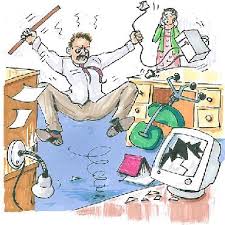 Some 44 percent of personnel officers said his organization is engaged in taking measures to control unacceptable behavior among employees. Another quarter claims they will start this shortly. The problem is where exactly lays the limit. When is bullying becoming a joke (see picture)?

If you want to weaken the position of a bad manager, honesty and openness will backfire on you. Take the example of Bob, an employee from the food industry. His leader was Joe.

Joe was rarely at work, was much behind his computer, walked constantly to present himself to his superiors, greeted employees sometimes, but not always, in the hallway, was preoccupied with short-term results and gave (by mail, usually shortly before the weekend) constantly ad hoc assignments to achieve that the staff experienced a heavy workload continuously. He fell short in making relationships. Needless to say that everybody in his staff got a mediocre review. 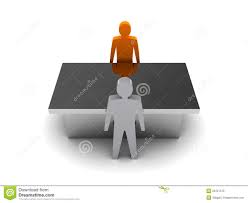 Bob was fed up after some time. He decided to go and discuss his awkward position. He did consider talking to his colleagues first and then go together to Joe, but after ample consideration, he did not pursue this avenue. “I’ll tell him myself, I’m not backing off this time” he told his wife.

In the conversation, things seemed to go well. Bob could pretty well tell all that was bothering him, and also said that as far as he felt it was now enough. “But I’ll give you another chance, Joe”. Joe said he was pleased with the feedback. He appreciated Bob’s openness, although for very different reasons than Bob thought.

The next performance review

Shortly after that preliminary discussion, an appraisal took place. And oh what a surprise, Joe gave him a bad review. The explanation was: “Your attitude is not very inspiring for your environment. You are very negative”. Bob did not recognize this picture at all. He also told Joe that he could not know this because he never came close to Bob’s inner circle. “We never see you, so what are you basing this on?”

Joe, however, was blunt: “I do know what’s going on” he said calmly. Bob became angry and told Joe that he 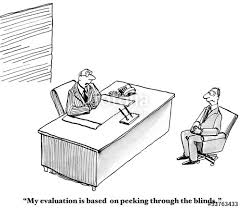 disagreed with the assessment. He got up and left the office of his supervisor. The next day he had to appear at Michael’s office, the manager of Joe. Joe was there too. He was told that he had to change his behavior. Otherwise, there would be ‘appropriate measures’ be taken.

Bob was furious. He did not like this way of doing things, he said. He had been honest, had spoken openly with Joe, but then there was a bad review. That bad review just came out of nowhere. There are all sorts of things Joe told him that were never there before.

Joe shrugged. “Michael, this is also Bob. Not accountable for his behavior. He is always on the defensive side to defend his negative attitude. And there he goes too far. In this interview he talks about, he came to tell me that I had to be careful. It was 5 minutes before 12. As if he, as an employee can give me a deadline. I missed every respect in that conversation. “

Bob was repeatedly given to understand that he would receive an official warning. He was additionally put in a 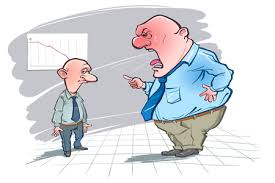 different position in the process. He initially held a somewhat more responsible position than his colleagues and had some more tasks. Now they put him back in a role that was usually filled by people who just came to work there. But of course, his attitude was not positive!

Ass holes like this will always use your honest feedback to hit back on you. Bob was someone who indeed could be very firm in his feedback, but he did not take into account how his opinion would be received by his management. He was a man wearing his heart on his sleeve. Joe, on the other hand, was good at expressing criticism, but if you did a good job, you did not hear him. Joe did not understand Bob’s attitude, and he saw him as a threat to his ambitions.

This is a perfect example of how ass holes react to a threatening situation. They will use the sincere feedback you give them and let it backfire on you. Of course, Bob never should have put the pressure on his boss by setting an ultimatum, but he was just being honest and completely fed up with the situation.  This gave Joe the opportunity to take advantage, painting a dishonest picture of Bob to his superior, protecting himself.

What could Bob have done?

Obviously, Bob should have followed a different strategy. Maybe he should have explored the weaknesses of the ass hole. What drives him? What are his interests? And how can you make good use of these interests? If you know what is important to him, you know how you can bother him. 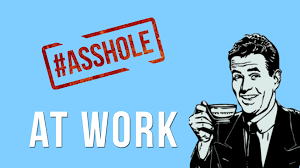 Can Bob go to Joe’s superior? Yes, but it would be Bob’s word against Joe’s and in this case Bob’s credibility has already been severely undermined. Ah, you say, he can go to HR and explain the situation. One thing is for sure, HR is going to listen to him, but will there be any results? Doubtful.

I wonder, dear reader, what you would do or have done in a similar situation. Please share your thoughts.

My suggestion to Bob would be that he has seriously undermined his position with this company, not only short-term but also long-term. Remember, he has a negative attitude. Therefore, I would recommend him to look for another job, best with another company as well.

However, maybe you are fed up with bosses. Here is one unique possibility to start your own business, use the internet, and work from home at the same time. If this sounds a bit too challenging think again! It is within anybody’s reach, including you. Just find the right support and you will have your own internet business in no time!

My recommendation number one for doing so and becoming successful is to join Wealthy Affiliate (WA), the most popular program. Find out how they work by reading my personal review of them here. Through my link there, you can even join them for one whole week For Free. After that experience, you can either choose to stop (no commitments whatsoever!) or subscribe for a month for $19.

I will be there to answer all your questions!

5 thoughts on “My boss is an Asshole”