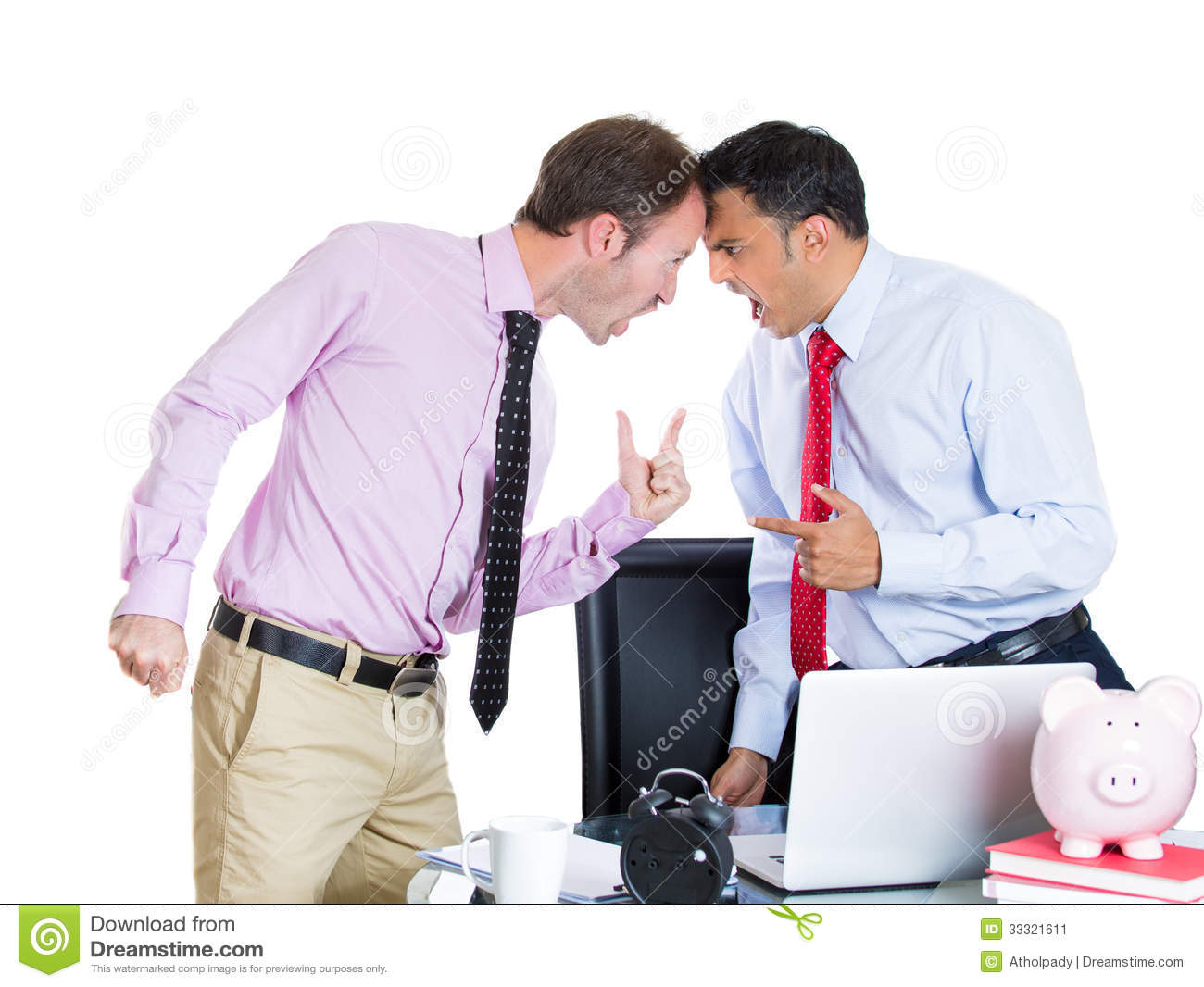 Did you know that more than half of the employees have ever had an argument with the boss? It is also known that one in five employees has a bad relationship with his or her supervisor and that often leads to disagreement on 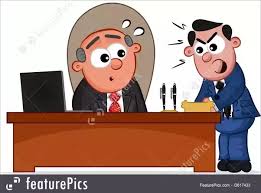 the work floor. This is shown by research among 650 highly educated people. More than half of the people surveyed indicated that they sometimes (41 percent), often (11 percent) or very often (2 percent) had a dispute with their manager.

Relationships are not always good

Of course, we know that relationships are not always perfect on the shop floor. However, the results seem extreme in that 62 percent of people who ever have a squabble are talking about a (violent) argument.

Enough to warn you about the adverse effects and give you 6 things to do immediately when you have an argument with your boss.

Sick and tired of arguing with the boss? Why not start making money on the side? Check out my last paragraph!

Why so many violent arguments?

According to the respondents, the main reason why it goes wrong is a manager who does not listen well (52 percent), followed by supervisor’s incompetence (45 percent) or manipulation (42 percent) and lack of know-how (42 percent). And those quarrels can be a big problem if the link between employee and manager is not good. If organizations do not do anything with this, it will cost them money, loads of it. People will be frightened and be reluctant to go to work, which gives stress and burnout. I think this is something that organizations have to deal with more proactively. 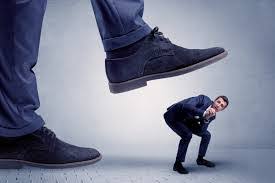 employee and the manager, it often has to do with suspicion.

You suspect that if you do something, leave or say, it leads to damage at work. That is a form of fear. You want it to stop, but you do not want to lose your job at the same time.

Indeed, practice shows that many people do not dare to talk freely with their supervisor: 18 percent do really not dare to do that, four percent indicate that they can not even engage in an open conversation. If you have a good relationship with your supervisor, this person will find a solution. And that does not require that employer to be very good.

Yet, he or she must be able to do two things: make contact with employees in such a way that they are shown interest and secondly give them the opportunity to function properly. An employee wants to be respected and as being able to fulfill responsibilities. If this is missing, it is very difficult to really like your work.

How to handle this?

Short answer: you are going to talk things over with your boss! Notwithstanding the fact that many people will not dare, this may be the only way out. Hopefully, after reading the following 6 tips, you might be feeling encouraged to take the necessary action.

When preparing this kind of conversation, decide first whether you disagree on content or whether something else is going on. You may be frustrated about another issue or you may feel disadvantaged because another colleague receives a bonus and you do not. If this is the case, focus on that instead of following the wrong lead that might piss somebody off.

If that is not the case, then here are a number of points to go by in a constructive and meaningful way.

1 Know how to convince 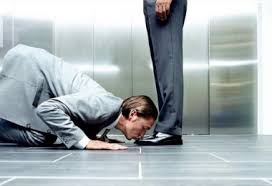 Not by kissing boots! If you want to convince someone, it is good to observe what their style is and where any vulnerability lies. Is your manager sensitive to statistics? Then do your best to substantiate your arguments as much as possible. Does he reason more from a group feeling to make choices? Then insert your arguments in such a way that you emphasize that. By responding like this, they will be bound to listen to your arguments earlier.

Whatever your persuasion strategy is, always look for sources that underline your arguments in a credible way. Are there more people who share your opinion? Make sure you give this some emphasis so that your boss sees that it is something that plays in the workplace.

It might not immediately help convince your boss, but will start gaining more trust. Does that one colleague often give advice to your manager that he loves to listen to? Follow suit. Do not try this if you want to emphasize that you were the one with that idea because once you have given the credits to someone else, you can no longer claim them.

3 Focus on a positive outcome 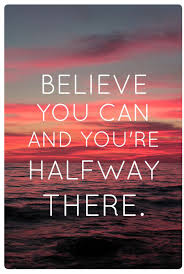 longer possible to convince someone of your side. Throwing the towel into the ring is attractive, with a friendly handshake and a ‘let’s agree to disagree’. The point is only that you do not get anything from such an attitude.

Instead, try to focus on the outcome of the conversation. Do not worry about small matters or useless discussions far removed from what you actually want to achieve. Try to step over the emotions that you feel during the conversation – your anger or frustration will not help you, be open to other arguments that do not stand in your way.

4 Try to unravel events in the past

Just as you have certain experiences in the past that color the present, your supervisor also has that. Has there been a previous experience where an employee mentioned something similar and nothing good came out of it, then chances are he or she will not be lenient to you – however good your arguments are.

These kinds of conversations are like an iceberg: often you only see the tip but most of it is unseen. Try to discover another part of that iceberg. Do you know stories from people who also tried to get something from your supervisor? Then ask what those discussions were about and how they went. You can also check with yourself what your boss thinks you represent and whether you can do something about it to make it work positively for you.

5 Accept that you sometimes disagree

It is only logical that you want to prevent these disagreements, but sometimes it 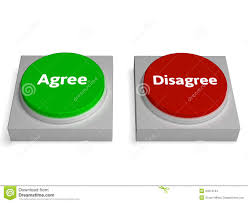 is just a case that the two of you do not go along very well. Diversity in ideas and thoughts is good for a company, but frustrating at times like this. Hold on to the idea that different ideas exist in-group thinking and that it is good for the team to disagree about things.

On an individual level, it is obviously annoying, because you hope that you can convince someone. Yet it is also good for your creativity to sometimes hear no because in this way you have to look for new ways to reach your goal.

It really becomes another thing altogether when your boss is crossing borders and starts shouting, threatening, has revenge feelings, is gossiping. In such a case you are well-advised to contact a confidant or the company doctor. That is quite difficult because you depend on work and income. You want it to stop, but you do not want to lose your job.

It seems to me that when a boss passes certain limits, there is a serious underlying problem. You will have to face this problem and find out exactly what is wrong, even or especially, when it might be the end of your career with this company.

We are all humans and from time to time, just by being ourselves, we will experience disagreements, also on the work floor. Nobody will like differences at work. More importantly so when your view differs from the one with your boss. In any case, I strongly advise taking immediate action. Why? Because nobody will win by having latent and festering issues in the workplace. Ultimately they will adversely affect production results and management action will be taken, in which case it might be too late for you. 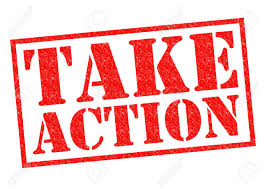 Start making money on the side

For those of you who still are afraid to take action: you might be in the wrong place. Maybe you do not feel happy with all these bosses. So, why do you not become your own boss? How does it sound to work on the internet from home and do your own business? No bosses around!

Everybody can do it and so can you. Read how I did it in my personal review of the best program in the world by clicking here.

2 thoughts on “The 6 Things to do Immediately, when You have an Argument with the Boss”