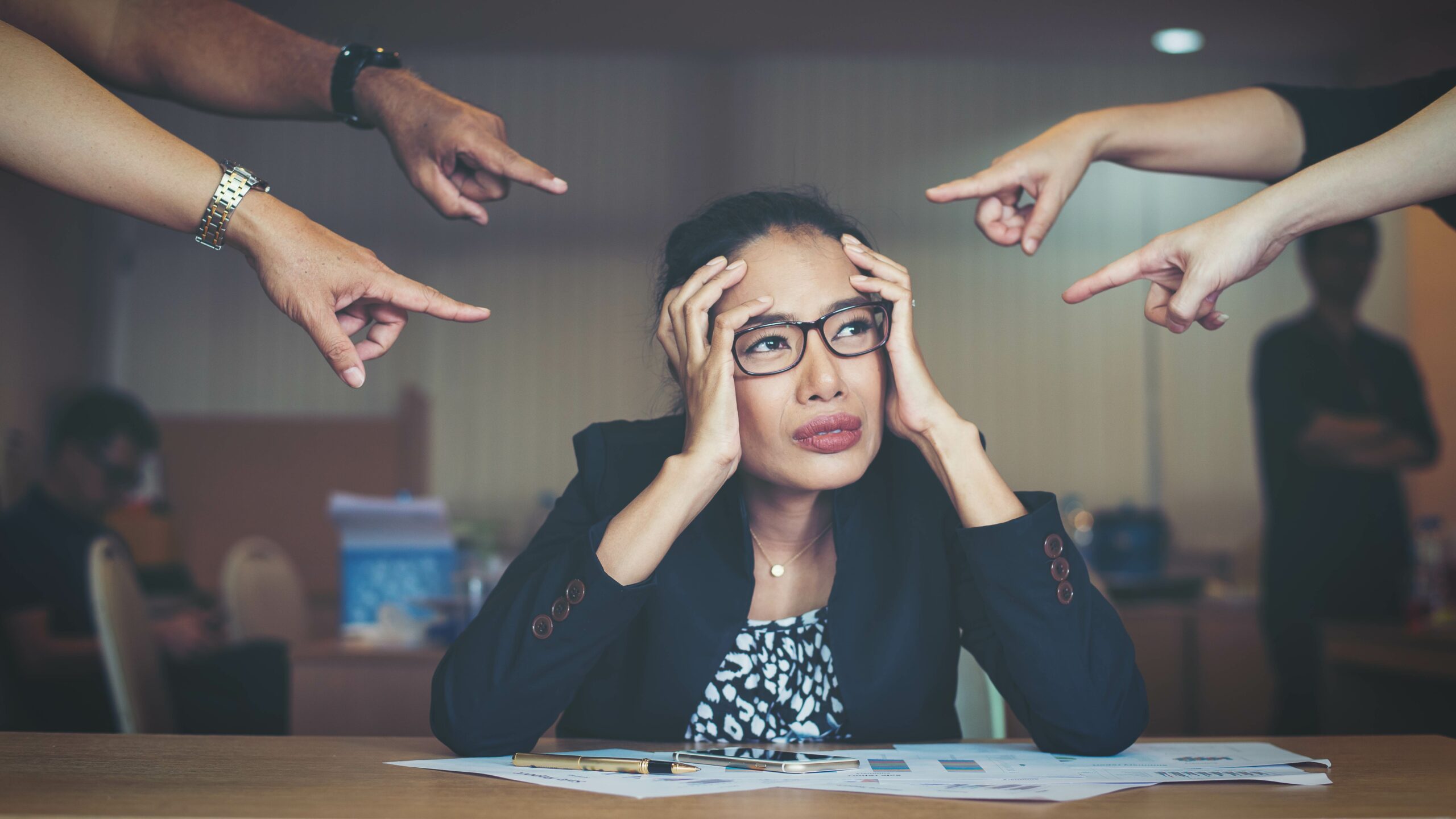 We all know that a bully can make working life pretty hard. People who are being bullied can experience major mental and physical consequences. Stress, anxiety, depression, high blood pressure and stomach and intestinal 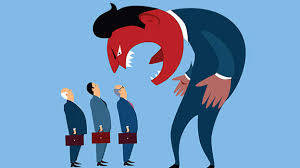 But we are not powerless to do something about it. Psychologists have described 4 types of bullies at the work place and  how to deal with them, before something really untoward happens.

Want to avoid being bullied? Set up your own internet business and start making money on the side. Look at the end to find this opportunity.

Bullying can really do a lot of damage. It ensures that your work becomes a place where you are always scared and can never be yourself.

Bullying at work is also a persistent problem in most countries. According to figures from various governments, 1 in 10 employees is a victim of bullying at work. There is bullying especially in the industry and the transport sector.

Bullying by a boss can be even worse, which I described here.

The four types of bullies

To be able to do something about bullying at work, you need to know who you are dealing with. Therefore we will distinguish between four types that you may encounter at work.

The first type of bully is obvious: a screaming, cursing, angry bully. This type of bully prefers to kick a scene to frighten not only his target but also all the rest 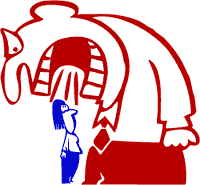 of the staff. Those colleagues then dare not say anything about it, afraid that it will be their turn next.

The aggressive means of communication of the loudmouth include not only screaming, sending angry emails or other forms of verbal hostility, but also the use of aggressive body language. For example, someone who first leans back and puts his feet on the table to then be able to tell at ease why your ideas are really worthless.

This type of bully likes to criticize everything the target does to the finest detail. Whatever you do, it’s never good, and the eternal critic will let you know as well. There is no positive feedback: the comments of the eternal critic are daunting or even humiliating. He or she will not attack you as openly and directly as the outrageous one, but prefers a one-to-one humiliation session or would like to point out to everyone in a meeting with the team the mistakes you made.

Some bullies of this type make it even more difficult for you to exclude yourself from social events at work or make jokes about you. The constant stream of criticism makes so scared and uncertain that the target will doubt his own capacities. In some cases, this doubt can even have an impact on objective work performance: those who hear so often that they are doing poorly, will actually work worse.

The advanced variant of the constant critic is the entrance guard: he or she ensures personally that something can be criticized by making your work impossible. He or she does this by remembering things from the target: explanation about what needs to be done, information, time to do something or help from others. Because of this you cannot fail to fail. 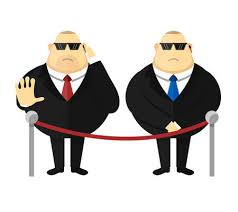 If this type of bully is your boss, he or she can also give you a very bad rating when your performance was actually quite reasonable, or punish you if you are even a minute late for a meeting (while others are just as late or still come in later and get no punishment).

But also a direct colleague or even a subordinate can take on the role of entrance guard, for example by “forgetting” to invite you to an important discussion.

Of all the bullies, the deceptive snake is the hardest to beat. With this type, it is not always clear that he or she is angry.

This hypocritical serpent pretends to be your best friend and fights for you while he is only undermining you behind your back. They will not let your heart be sick to others. They say that you are unreliable, cannot do anything about it, you name it. But in your face they always do nice.

The deceptive snake will ask everyone to keep his comments about you secret. Usually they are so good at what they do that you will probably only find out if someone reveals the secret.

Those who fall victim to a bully often feel helpless. But no matter how difficult, there is something to be done about bullying.

Say something about it right away!

As with many things in life prevention is better than a cure. A bully likes to

choose the path of least resistance. If someone treats you incorrectly and you immediately say something about it, you can prevent yourself from becoming a suitable target for further harassment in his or her eyes.

Those who are confronted with bullying behavior for the first time sometimes want to “put it away” (with the thought, “oh well, it’s just a joke” or “they just have to blow off some steam”). But even though the bullying behavior is not so bad in the beginning, I suggest you to not let it go. If a skewed power relationship has already developed between the bully and the target, it may be almost impossible for the target to recover.

Here is how to call a bully to order

Draw attention to their norms and values ​​(or actually the lack of them).
With for example: ,, I know you want everyone to feel appreciated, but if you do or say that, the opposite happens. Can we try something else in the future? “

Explain why it is a problem

For example: “If you do or say that, it makes it difficult for us to maintain the right atmosphere in the team.”

Repeat their name as much as you can

With for example: ,, Joe, I hear what you say. But Joe, I think you should stop this. I treat you with respect, Joe, and I want you to do the same for me. “

In addition, you must not forget your body language. If you want to say something about it, but it makes you nervous, it will be reflected by your folded arms, curved shoulders and gaze down. Even though you are not, try to be confident as you put the bully in place. Stand up straight, arms along your side and nose up.

Record the bullying behavior and your own performance

If you think you’ve missed the opportunity to do something else about the bullying, you should start taking notes. Keep a diary with who, what, when and why of what you experience. If you are bullied during a meeting, immediately write down who was present at the meeting, what was said and why it 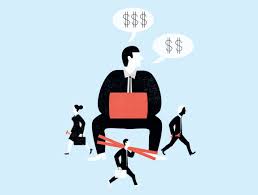 happened. Try to describe all this in as much detail as possible. If you want to report the bully at a later stage, you can provide enough evidence of the behavior that is bothering you.

In addition, make sure that you keep emails or other evidence supporting your side of the story. If your work performance is under fire, collect documentation that proves the contrary, as well as any compliments you received from others about your performance.

Take care of yourself outside working hours

Being bullied can take a huge toll on you, both at work and outside of it. It can help to balance this harmful influence with positive experiences outside of work. Do something outside of work that makes you feel good about yourself. That can be a team sport, yoga or something completely different that will make you happy. In addition, spend time with friends and family and seek support from them. But remember: if you constantly pour out the misery of what you experience at work on the home front, it can put pressure on your relationships with your loved ones.

Also consider seeking help from a psychologist or other mental health specialist. It is best to look for someone who has experience with or specializes in processing trauma.

Standing up for yourself can be scary, but be aware that you have the right on your side. According to the Occupational Health and Safety Act, bullying falls under psycho-social stress, and employers are obliged to pursue a policy that prevents or limits this form of work stress. 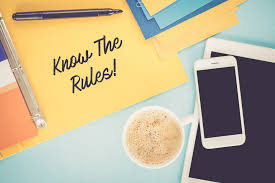 If the harassment is based on religion, belief, political affiliation, race, gender, nationality, heterosexual or homosexual orientation or marital status, the employee is also protected by the Equal Treatment Act.

If you are bullied by your boss, check for yourself whether you trust his peers or superiors enough to tell them about your problem. Try to find out what the mutual relationships are between these people and your bully. If the person you turn to turns out to be the best friend of your bully, he will be told that you have complained, after which the bullying behavior may only get worse. Also colleagues with whom the bully has already worked together at another company or the person who hired the bully should not be trusted for this reason.

Talk to someone at HR or someone else with power

You can also choose to go to human resources. You must then consider what kind of HR person you will be dealing with. Someone who is concerned with employees and work culture will come to your aid sooner than someone who is on the rules and does not want to bend them. Beware that HR is not always siding with you.

An even better option than HR is to switch to someone in a high position within the company who will listen to “a plan to save the company money”. With the documentation that you have collected, you then explain to him or her how much money the bully actually costs the company as a result of the faster staff turnover, more absenteeism, a loss of productivity and more. From your notes you can learn various examples of how the behavior of the bully has cost the company time and money.

Search for a new job

Consider what you want to achieve with this conversation. Does that person have to be transferred? And what is your plan if what you want does not happen? If you then prefer to leave, that is ok. Your dignity, self-respect and mental well-being are worth so much more than a pay slip. 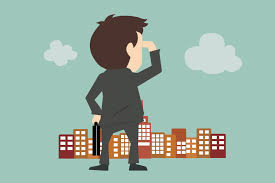 No matter how hard you fight against it, many bullying situations end with the target being the one getting out or getting fired. Therefore, start looking for other job opportunities as early as possible. If you decide to address the problem, it can give you peace if you are already working on other options.

In our internet age, maybe one of the best options is to start your own internet business, as I did, with the best support there is. Read here about the world’s best internet business support program in my personal review.

It will suggest you will become an affiliate marketer, having your own websites and start making money working from home. Check out this once in a lifetime chance!