A toxic boss is someone who misuses his position and the power that this position provides him. Psychological studies focused on work situations indicate that good relationships between colleagues lead to better productivity and more progress. Despite these studies, however, there are still enough bosses who use methods and behavior that are detrimental to their employees and companies.

These kind of ‘leaders’ carry a sort of feudal heritage with them. They have an autocratic idea of power. That is why they do not worry about their behavior, 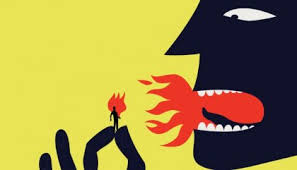 however harmful it may be. They see the company or organization as a machine that must function properly. Their subordinates are only gears in that machine. Toxic bosses are more focused on the results than the process.

Researchers discover time and time again that positive leadership leads to greater efficiency on the work floor. Recently coaching leadership has come to the fore and in the long run, democratic and horizontal models generate more respect and thus productivity among employees. An authentic leader exerts his moral authority above all. He is not dependent on coercion or punishment to ensure that his employees are committed to the business objectives. Instead, he motivates and rewards them. This encourages a sense of belonging and motivates employees to be more involved in their work.

Below I will discuss some of the main warning signs that these toxic bosses exhibit.

A toxic boss is arrogant

Toxic bosses believe that their power makes them better than everyone else. It does not matter how they ended up in their position, they always feel superior. Moreover, they believe that they have the right to treat others as less important, just because they are the boss. 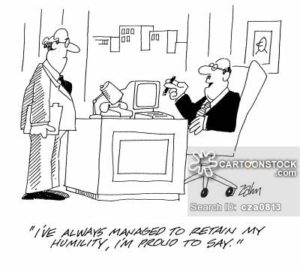 This arrogance manifests itself in body language, their way of talking and their style. Toxic bosses want to be intimidating. They interpret the fear of their employees as something positive. Their arrogance is always more related to uncertainty and lack of confidence than true superiority.

I always called this management by fear, although I did not exactly understand why. Now I do.

He does not know how to listen or communicate

One of the most obvious signs of a ‘poisonous’ boss is how difficult it is for him to listen to others. These types of bosses believe that listening to their employees makes them unjustly important. They assume that if they listen to their subordinates, they will take their power over them.

Toxic bosses also do not know how to communicate. In fact, their instructions can be unnecessarily complicated. They do this on purpose to make an impression or even to intimidate their employees. A poisonous boss speaks in absolute terms in an attempt to emphasize that he has the last word about everything. It is common that poisonous bosses do not appreciate what others say. They can do this with indifference or by doubting their employees in a disrespectful way.

He is controlling and not flexible

Toxic bosses do not understand the difference between maintaining and controlling. They are also unable to see the difference between guidance and orders. They do not trust the people with whom they work. That is why they think that micro-management is the best strategy. They assume that their job is to control and punish what they find inappropriate behavior. Find out more about a micro-managing boss here.

The toxic boss is yelling at his employees 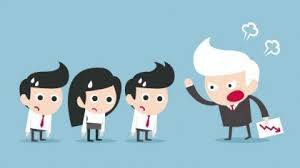 Toxic bosses are also not at all flexible. They see situations completely in black and white. They believe that strength is the same as inflexibility, and if they are not extremely strict, people will see them as weak. That is why you can not question their orders and they hardly explain their ideas. Their employees have to do everything exactly as they say, otherwise they will be punished.

He does not know how to deal with conflicts

These types of bosses see anger as something favorable. They believe that bad moods and irritability are signs of a serious and responsible employee. So they interpret these qualities as expressions of dedication and solidity. That is why they often sound annoyed when they give orders or ‘solve’ problems at work by shouting. They think they have the right to give their employees a scolding.

If they have a problem with an employee, it is their solution to impose new orders or to give a kind of punishment. It does not matter to them whether the people they work with feel uncomfortable. If other people do not follow the rules, they get angry and they see these people as weak. A poisonous boss creates a tense and oppressed working environment. He thinks that this will encourage his employees to work harder. However, quite the opposite is true.

He rejects the initiative of others

Taking the initiative is a sign of autonomy, strength and skill. That is why a toxic boss feels threatened by an employee who takes the initiative. They may 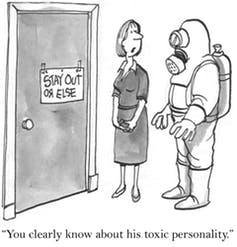 even think that these types of workers are going beyond their limits and challenge the authority. Toxic bosses reject everyone with ideas for innovation or improvement.

And in their performance assessment they will still claim that you are not pro-active!

He can not deal with time

Good time management is essential to guide staff and prevent problems. One of the things that makes someone a bad boss is bad time management. This includes poor planning and prioritization of activities.

Bad time management creates a chaotic workplace. Employees often have to finish their work in record time. Or there will be times when they have nothing to do. In these cases, the workplace feels unstable and disorganized. As a result, employees feel stressed and tense.

He does not know what his employees need

Bad bosses have no idea what their employees need. In fact, they have no interest in finding out. They believe that personal things are inappropriate or even irrelevant in the workplace. They see the personal life of people as an obstacle to getting work done.

The toxic boss does not respect his employees 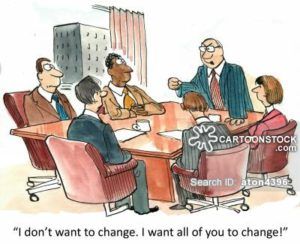 A toxic boss believes that the personal needs of his employees have nothing to do with his responsibilities. Because they see everything in black and white, they assume that personal problems are just an excuse that employees use to justify a missed day or incomplete work. Toxic bosses find it very difficult to see their employees as ‘complete’ people.

Employment law around the world is trying to protect workers, but the reality is that there are many bosses who push the boundaries of what is legal. They subtly ignore the rights of their employees and hide their offensive attitude behind the unpredictability of human relationships.

A toxic boss depends mainly on fear. This is the tool that a toxic boss uses to ensure that his employees adhere to business goals. Although this model 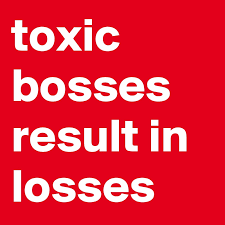 works in the short term, it will lead to a stagnating organization in the long term. In addition, employees will feel frustrated and ready to leave as soon as the opportunity arises. A toxic boss is harmful to the organization as a whole.

Toxic bosses are in abundance in times of crisis. They know that they can cross the border and that most of their employees will not say anything about it because they are afraid of losing their jobs. Nevertheless, all employees must know their rights and be aware that they can say something in a respectful way if they feel that they are being treated unfairly.

In my next article I will inform you how to deal with a toxic boss, which you can access by clicking here.

4 Replies to “What are the warning Signs of a Toxic Boss?”