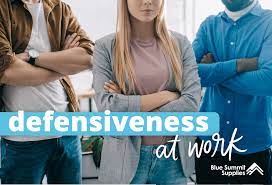 Someone has a comment on you and you immediately feel the need to defend your behavior or to defend your point of view with gusto. This often means that you don’t want to take anything from the other person and don’t let them 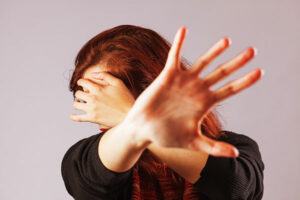 tell you anything. Or someone is a little bit joking, but you are taking it personally and become defensive. In some cases that can be good and in others it could be harmful to you, the other person or both of you.

In this blog I will take a closer look at defensive behavior, whether you need to do something about it and if so, what you can do about it. So, if you are interested, read on and you will know what to do with defensive behavior at work.

If you might hate your current employment, why not leave? See my exciting proposal at the end of this article.

Defending yourself is normal when your safety is at stake. For example, when you are falsely accused of something, it makes a lot of sense that you get angry about it and defend yourself against that accusation.

Defensive behavior can be slightly different than defending yourself. For example, when someone criticizes you, you attack by giving back criticism yourself. At work, for example, you receive comments about how you approach something and you counter this comment by indicating how the other person does something wrong. 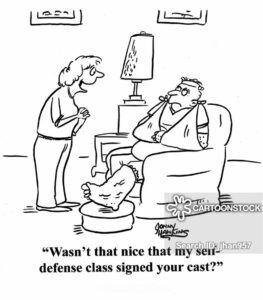 Or instead of doing something with that criticism, you defend why you do your work the way you do it. This in itself is not very bad, but if this ensures that you do not want to accept anything from the other, this can have consequences for your personal development.

Why do people suffer from defensive behavior? 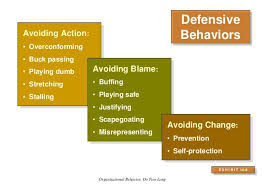 Another reason why you become defensive more quickly is that you were not very attached to your caregivers in your youth. Research shows that people who bond well with other people feel safer and see threats much later than people who have attachment problems.

This does not always mean that attachment is better because you might let your guard down and this can lead to you realizing danger too late and thus showing the necessary defensive behavior too late.

For example, defensive behavior is seen in many meetings and this causes the results of such a meeting to be less good than they can be. When people feel psychologically safe during a meeting, this leads to better results. For example, in such a case you will learn more from each other.

When people think they are not doing well, which is a sign of low self- 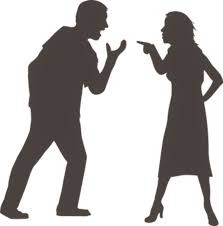 confidence, this can make them think and act less well. What often happens with defensive behavior at work is that you want to work routine-like, because it feels fast and efficient.

Sometimes you need creativity and you have to think a little longer about what you are doing, this feels unproductive, but that is precisely the way to reduce defensive behavior at work.

If something does not go well, people at work hint more than they say clearly, for example, this is such a form of defensive behavior that some people do not pick up well. If this is not picked up then this can cause a project to run out of time or even fail.

4 Reasons that lead to defensive behavior plus solutions

Here are the 4 reasons that usually lead to defensive behavior:

You want to be in control of yourself and the project.
You want to win and not lose.
You suppress negative emotions.
You want to act rationally.

To be more effective at work, the following values/beliefs are recommended by the researchers, which lead to less defensive behavior:

You want to find information that you can test.
You want to make choices based on (important) information.
You want to properly monitor processes in order to detect and solve errors.
Mindfulness (meditation and or yoga), as well as hypnosis, can help you transform beliefs to be the success factor at work instead of that headstrong defensive asshole that puts everything in chaos.

How do you stop defensive behavior?

Defensive behavior can therefore occur in all kinds of situations. In your 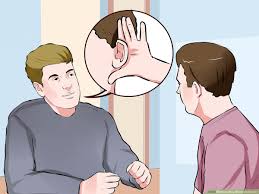 relationship, it can cause arguments and at work, it can make projects difficult. Stopping defensive behavior is therefore good for your work because you are more productive, and in your relationship, because you do not have a fight (only a difficult conversation).

You can start by performing the above tips, but if that doesn’t work, it is important to work on your confidence and worldview.

The cause of defensive behavior often lies in your beliefs about yourself and the world. People who see the world as safe are less defensive and those with an unconscious and conscious sense of self-confidence are also less defensive.

Changing your beliefs is kind of at the heart of hypnosis therapy. Initially, a hypnosis expert will talk to you to find out what beliefs you have about, for example, your work or what a relationship should be like and who takes on which tasks, or whatever the problem is.

You are called to account by your partner for the fact that you work overtime a lot. Deep down you know that this is not convenient, but this is only for 3 months for an important project. Instead of starting to talk about your partner’s work or walking away, listen to the complaint. You indicate that your partner is right.

Explain what you are working overtime for and indicate to your boss that this overtime should decrease one day a week. You also indicate that you pay more attention to the home situation during the weekend so that everything makes up for it. The next time before you would become defensive, you remain calm, listen and give your vision and a possible solution to the problem.

This is just one example of a guided visualization with a post-hypnotic suggestion. Depending on your beliefs and problems with defensive behavior, a hypnosis expert can use other techniques.

I think many people are not aware that their behavior might be defensive to others with all kinds of dire consequences.

Defensive behavior at work can lead to many problems, distorted work relations, projects gone awry, angry bosses and ultimately even to you being sacked.

However, if you are aware of this attitude, there are things you can do to remedy the situation. Even to the point of post-hypnotic suggestions.

If you are not comfortable with all of this, then maybe you should look for another job or leave the corporate world entirely. Start for yourself and here is the way to do it.

Make use of the enormous possibilities the internet provides you and have your own business. This is possible for anyone in case you have the right support. I have described one of the best programs in the world, scam-free and reasonably priced. Read my full review here and make use of my link there to start a one-week free test period.

2 thoughts on “What to do with Defensive behavior at Work”