All of us can be in a situation where your boss is demanding a lot, which is not unusual. But what if he demands too much of you and he is chasing you down all the time? Well, then you are in for a rough ride. Do you recognise the following in your work situation? 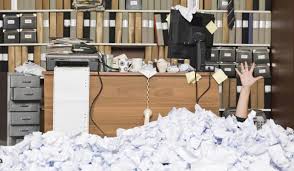 You work overtime every week. You’re eating your bread at your desk. You start earlier than most of your colleagues. You take work home. And it is still not enough. You’re almost going to pieces. But your boss is wildly enthusiastic about your work and takes it even a step further and he gives you another job where you can do better than your colleague. And your deadline is being advanced! . What do you do in order to prevent a total breakdown? You will need to tell your boss you have too much work!

Why is this happening?

The truth is that many managers will try to ask as much of you as possible if they can achieve their goals faster. That is part of the role of a manager. That is usually the cause of demanding behavior. Your boss has his own goals and you are just another instrument to achieve his goals. That is part of his role as 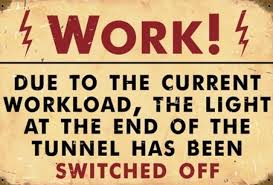 a producer. And by trying as hard as you can, working abnormally hard, doing overtime, taking work at home, you might give him the impression that everything is ok. Thus you might end up in a vicious circle, until you really break, that is. And you would want to do everything possible in order to prevent that from happening to you.

Another cause is that a manager is higher up in the organization, bears more responsibility and is therefore automatically expected to work more than normal. A manager may have a tendency to project his own standards on his subordinates. Or actually, let them suffer with him. Shared sorrow is half sorrow. But that is of course no excuse for unacceptable behavior.

I want to assure you that I am not defending bad bosses behavior here, but I am merely explaining to you why a boss can behave like this. Understanding the issue correctly is always half the solution!

The approach is that you have to know and then defend your boundaries.

Explain where that limit is and ask your boss to respect those. You do not have to participate in an unequal exchange.

You can then set yourself the goal of giving your boss a reasonable picture of your own possibilities, of how much work you can do in a certain time. The next step is that you can say ‘no’ to unfeasible goals. Remember that you can only say ‘no’ in a diplomatic way.

Bob is a programmer at a large software house. Joe, his boss, is very creative and likes to try things out. He prefers to sit in his own room with the door closed. If something has to be done, he opens the door for a moment, he calls Bob in enthusiastically, who only just understands him. And then closes the door again. One day Joe walks past Bob’s desk and in passing he shouts: “O Bob, I have had to reinstall the operating system last night, something went wrong, can you immediately check it out and repair it?”

Bob is shocked. That is a day’s work and tomorrow morning he has to deliver a 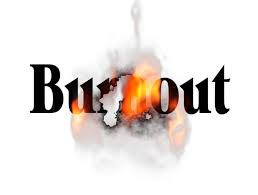 new version of the program with a tough deadline. He walks reluctantly to Joe’s office. “What are you doing,” Joe asks, “I thought I had given you a rush job?” Bob tries to understand his deadline, but Joe has followed a management training and exclaims: “Oh no, you certainly have a negative work attitude. Well, I will not go into it! You’re working tonight, as I did it last night. ” Bob works the overtime and sits at home with a burn-out some time later.

From problem to action

You might recognize this story, because it can also be found in the discussion of the problem with the boss who gives commands. Often they are two sides of the same coin. Bob thinks that his boss Joe sets unreasonably high demands on him. Moreover, he is afraid of the consequences if he says ‘no’ only once. Working with a constant sense of exhaustion near and with the tension of a too large mountain of work that does not finish on time, you will eventually get tired. Bob will really have to change something in the work 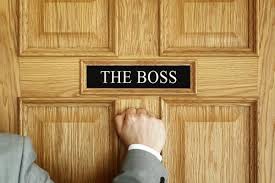 pattern with his boss, otherwise no one will have anything to do with him.

His objective is: I am going to give my boss a clear picture of the amount of work I can do on a normal working day. I also dare tell him that I will not take additional jobs within this month when I know I can not finish them within normal working hours. We assume, of course, that the cause of the problem lies with boss Joe, who gives too much work to Bob, and not to Bob himself.

Which approach suits your objective?

How do you do that, putting an end to a situation where you are constantly pushing yourself to the limit? The first step is that you yourself believe that you have the right to set a limit that your boss may not exceed. You are the one who determines where that boundary must be and not your boss. The point is that work must remain the same. You give your time, the number of hours in your contract, and the company where you work gives you money for it.

Of course, it is ok to work overtime now and again or work harder than normal for a few days , but then both parties need to see the need for it. Your boss will have to convince you that the goal can not be achieved without your extra effort.

Plannings are often made together in a work meeting. It is then up to you to indicate that the schedule proposed may not be feasible. It is even your duty to tell your boss at that time. It may be due to other work that your boss wants to have done, or because of a too limited number of hours estimated. Do not just say ‘I can not!’ because then your boss will be standing his ground, and he will say what is feasible and why. Should it still be according to the planning of 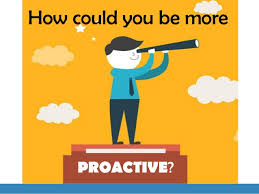 your boss, ask him what other job you can drop for the time being. In other words, ask him to prioritize, which is his duty anyway.

If you carefully explain to him why the schedule cannot be held, use the jobs to be done and the hours involved, you will give him the possibility to plan differently. Compare this to keeping your mouth shut and having to come to him shortly before a deadline, telling him you are not going to make it! What can he do then? Not much, because it is already too late.

Believe me when I say that many people are in this situation, pushing the limits all the time for fear of repercussions, when a job is refused. Share your experiences here through the comment box.

Believe me also when I say that your health is going to suffer, healthy stress now and then can be motivating, but constant strain is a killer. So know who your are and especially know your limitations, then open up to your boss in a business like manner. Chances are he will listen and take action. If not then you have an ass hole boss anyway and you should look for another job. 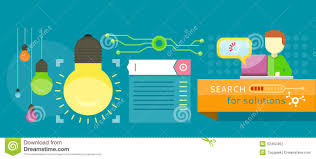 Allow me to help you here: leave that place and become your own boss! With the right support anybody can do this. I have become my own boss by becoming an affiliate marketer on the internet, as have many others. Join the world’s best support program: Wealthy Affiliate, established 2005. If interested, read my full review on WA here and then join for free for one week.