Disabled people, homosexuals and people with AIDS infection are 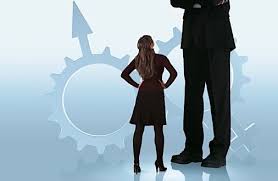 discriminated against in different, more subtle ways than before. This is stated in a report from the United Nations Labour Organisation, the ILO, published recently. Being an important report as a whole, I am going to concentrate here on the discrimination of women in the workplace. Much has been done to curb this abusive situation, but it still exists, although at a lower level than before.

If you want a perfect way out, then I have the best opportunity for you to become a working from home lady or mom. Check out the end of this article.

In 1951, the ILO drafted a protocol that requires equal pay for men and women. At the time, the protocol was very far-reaching, but now 163 of the 180 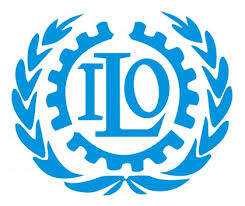 countries that are members of the organization have signed it. Not surprisingly most of the refusers are from Arab countries.

Thailand and Singapore are among the countries that have not ratified this agreement, yet they concluded a statement in 1958 that prohibits all forms of discrimination at work. Strangely enough, the United States has neither signed the protocol nor made any agreement to the effect that women should be treated equally.

Here are some typical examples that still occur on the work floor.

Although everywhere in the world more and more women do pay work they still earn less than men, according to the report. The so-called glass ceiling prevents women from being given top positions and in parliaments and national governments they are still strongly underrepresented. With only one exception in Sweden where women form a majority in the government. Good for them!

In Asian countries, women in factories earned at least 30 percent less in 2004 than their male counterparts, and in most Western European countries it is not much better. There, on average, factory workers receive less than 80 percent 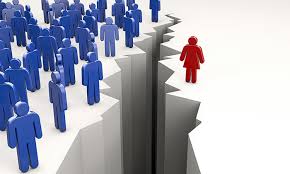 of men’s wages. In Bahrain, women are most underpaid and again Sweden, but also Australia comes out the best.

Although they are not allowed to do this in many countries, employers often still ask female applicants whether they want to have a child. Discrimination is more and more often prohibited by law, but employers are finding more and more subtle ways to discriminate against women.

31 percent of the complaints filed concern discrimination in the working environment of women due to pregnancy, childbirth or motherhood. .

The complaints in the field of culture and media have almost quadrupled.

According to experts, this explosion of complaints can be explained by the awareness of public opinion about the problems of sexism in advertising and the media. According to a magazine, women still earn 20% less than men and women’s organizations are actively finding out what the reasons behind them are.

If you have a situation at your work, please share it with us here in the comment boxes.

A problem that still leaves women with fewer opportunities on the labor market has to do with the general mentality in our society and the labor market. It is still the case that the standard view is that men should work full-time. Families need a second income, but if care tasks (caring for family members, raising children) must be included, in most cases it is still women who take the step to work less. We will need to deal with the stigma that prevails over men to work less, and if they do so, this will soon be perceived as a lack of ambition. Here are some more examples of still prevailing abuses. 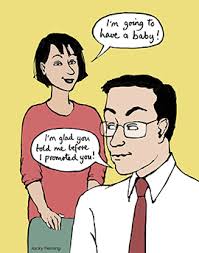 When a female worker asked whether after giving birth a temporary work schedule of 80% was possible, she was told:” Then you have to renounce your degree of office manager and go to a lower position. As office manager, you have to work full-time. “Because I did not want to renounce the degree I had acquired, but also could not work full-time because of my family situation, I took a break from my career, which resulted of course in a broken career. However, I did not want to degrade myself. “

Example 2: Man “lives at her expense”

“What amazes me regularly is how astonished people sometimes are (sometimes even in a very negative or disparaging way) about the fact that my husband is currently a houseman and so (as somebody once said)” lives at my expense “. Apparently, it is still not evident as a man not to have the ambition to build a career but wants to stay home to take care of our child … “

“It’s always in the small things, I’m a consultant and together with a male colleague we worked for a client who wanted to do a project abroad with us.” We were both excited. “The customer wanted to book my colleague right away. but asked me: “Will that work for you with your children?” It is not because I am the woman that the children are by definition my responsibility, and that they can not live without their mum. Evidently, it is also assumed that our children can do without the dad, but not without the woman. ”

“When I wanted to take my parental leave (only the legally required terms), I 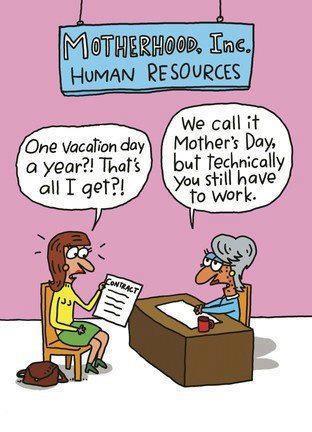 was told that I would no longer be a member of the team and that the management asked serious questions about my work motivation if I no longer worked full-time. I was also informed immediately that I should certainly not be allowed to work 4 or 5 days.

In education, you can apply for this unpaid, and the management decides whether or not you can, I still find that reaction very inappropriate, given that I work both very well and very much like, whether I am a mother or not, and whether I am working 4 or 5 days. In the end they often let me come on my day off and planned meetings that I had to attend. ”

Discrimination in any form or shape is a disgusting, unsavory issue, which should be banned completely. Discrimination at work for being a woman should be banned today. Fortunately, nowadays there are a lot of organizations that are battling these abuses and you can report your personal experiences at many places. The law is on your side.

Yet, some subtle, but despicable acts of these forms of abuse still exist, as mentioned above. So, the battle should continue!

However, there is one way of avoiding this abuse and this is to leave that work and not for another company where you might encounter more of the same. My recommendation would be to become your own boss and work from home. The internet has numerous opportunities, although many of them just want to scam you out of your money. In order to build your own successful internet business, you will need the best support available, at the best price, free of scams with world-class training and support.

I joined Wealthy Affiliate (WA), which was established in 2005, in late 2014 when I found this once-in-a-lifetime opportunity. As the name indicates, this program teaches you to be an affiliate, by promoting products through a website or sites. The products would be in a niche of your own choosing, based on your passions, interests and hobbies. You can read my full review of WA by clicking here.  You can join WA for one week for FREE and experience this unique chance yourself by the link in the review.

In case you have any questions, please leave them in the comment box and I will reply within 24 hours.

2 thoughts on “Discrimination against Women at the Workplace”