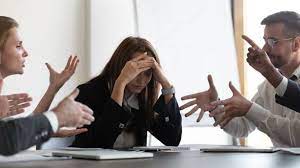 Every one of us has, at one point in time, had a difference of opinion with a colleague or a boss. This is quite normal in an environment where people are operating close together, such as in a working environment. The arguments will come to light when they are related to important matters, who gets

the promotion, who has the biggest salary raise, division of labor, competition clauses, and so on.

Read all about the fighting at the workplace hereunder, which sometimes can be a war. Check out my escape route at the end.

Research shows that as many as one in five employees in 2016 had a fight with a colleague or boss. But sometimes minor irritations get out of hand and create an unworkable situation, sometimes leading to a short war. How do you ensure that a fight does not become a real labor dispute? Or worse a war? Or can war of words sometimes cleanse the air between people? Just read on and find out.

Fighting with a boss, is not you? Then prepare your exit strategy and I would like to point you in the right direction. Just see my last paragraph!

Never had a fight?

Are you one of those people who say they never have disagreements? Sorry, but that is pure nonsense, everybody has: quarreling is part of the equation. And you should not be afraid of a disagreement. Do not avoid a conflict. But also be critical of yourself. Do not remain stuck in your own right. And watch out for well-intended advice from the home front. They show empathy for your feelings, but that helps not always to solve something.

Personal aspects also play a role. How does someone feel and how are they doing at home? Does someone want a promotion, but is it unsuccessful? Do you think that you are not appreciated enough or that you do not earn enough? You see, sources of unhappiness are enough. 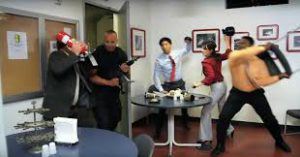 Experts in the matter say that there are two types of conflict, hot and cold. In hot conflicts, it is literally hot. People make noise with doors, run red in the face, are irritated and angry, and talk or argue very loudly. And then there are the cold conflicts. They are more subtle, they are slumbering. People do not talk to the colleague with whom they have a problem, but they do talk about it with others. Or they gossip.

In any case, both types of quarrels need to be attended to immediately. Letting things fester is the worst that can happen.

Causes of conflicts at work

Miscommunication
Lack of appreciation
Work pressure due to lack of time

And talking about it is important. The longer you wait, the worse it gets. Many people think over time: now it no longer makes sense, it is already too late. And it often turns out that people think they have done something about it, but that in reality, it is often not true at all.

That is a pity. It may sound a bit like fiddling, but see a conflict as an opportunity. It is part of your private life and your working life as well. And you can make it move you forward. That is why people should be conflict-solving and not try to look the other way.

Not all the same 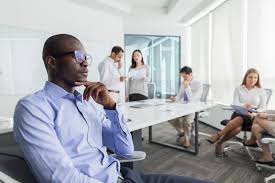 What makes it sometimes difficult is that what someone can feel like a major conflict or a quarrel, does not feel that way at all for the colleague or manager in question. It is a matter of perception. People who focus on cooperation sometimes see a difference of opinion more quickly as a conflict. While people who are more of a negotiator or a fighter do not regard it as a fight at all.

Example of an engineer

And conflicts arise out of stress due to problems at home. For example, there was a software engineer who had clearly been at his limits for a while. When he was approached by colleagues, he was very irritated. Mediation made it clear that he was stressed by his home situation. To sort this out, understanding among colleagues was created and the issue was resolved quickly.

Two elements play a role in every conflict. To start with: uncertainty about the business agreements. Because if people don’t know what to expect from each other, problems easily arise.

The second is the relationship with others. How do we deal with errors and how do we work with others? In companies where a lot of attention is paid to cohesion, for example by organizing drinks parties and company parties, you see fewer conflicts. Because you get to know people better outside work, you get more understanding for each other.

Resolving or preventing a conflict can best be summarized by the motto: do not deny what you really feel. If something is bothering you, you have to do something about it. Talk to the person with whom you have a conflict. If necessary, go to a supervisor, someone from human resources, or a counselor/mediator.

Because that is the most important thing to prevent conflicts at work. You have to talk about it openly. People often don’t discuss it. Then it gets bigger. And for such a conversation it is important to think: what would it ideally look like? What would work well for me? people never thought about that beforehand.

So, now back to the hot option. In an example, a mediator speaks about handy tips on how to settle disputes nicely. Not gossiping, for example, staying civilized and not exploding or shouting loudly, yeah right. I agree that this will have some effect, but that is not the answer to everything. All good and well but sometimes the soft touch will not work and it is an all-out war (lol).

This is how it goes

That goes like this: People goggle at people who do wrong. They make passive-aggressive jokes. They throw with doors. Oh yes, and that loud call on the 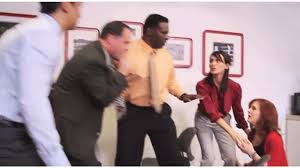 balcony this afternoon drowned out the sound of the monthly fire alarm drill. Furthermore, during the fight, they completely forget to convey the soft message while the mediators agree that it is better to say too lazy John of logistics:

I have some difficulty with you submitting your figures so late because that slows down my work and makes me feel nervous in my belly, instead of “Asshole!” Hurry up, you are always late, you are such a dick! In addition, you should not use sentences with the words ‘always’, ‘never’ combined with you because that removes every nuance from the conversation.

In this case, arguing is not a conversation. It sometimes is war. Of a temporary nature of the course. And of course, you can follow all sorts of conflict management courses at the office. But you can sometimes make the whole thing go wild. No civilized exchange of thoughts. Simply: boom, go for broke and face the consequences!

Do I believe this all-out war works? Well in some cases it does as colleagues 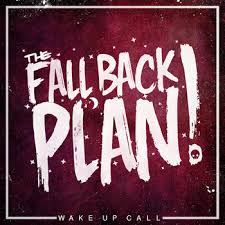 and bosses might think that they have really upset the employee and feel guilty about it. Yes, this might happen.

However, in most cases the soft touch will work better, because of one wrong word, hitting the wrong tone, shows anger in public especially with your boss and you are dead in the water. But do you need to be afraid of that?

In my humble opinion, you should not be afraid, as you have already prepared yourself for this situation. You were expecting trouble ahead, maybe a sudden lay-off, or to be made redundant or ending up in a fight. So, as anybody in a job should have, you worked on your personal escape route.

So, how did you do that? By becoming your own boss, having your own websites and promoting other merchants’ products, and receiving a commission when an item is sold. It is called affiliate marketing and anybody can do it with the right support.

I am an affiliate marketer myself for many years and I am getting all the training and support from the best in the business. You can read my full review of how this program works by clicking here. My review will also give you a link with which you can sign-up for free for one Full Free week and you can experience the community firsthand. If you like it you stay, if not you can get out without any commitment.

4 thoughts on “Fighting at the Workplace – Not a conversation, but sometimes War!”