Young people in particular experience a lot of pressure to perform as well as possible as quickly as possible. But 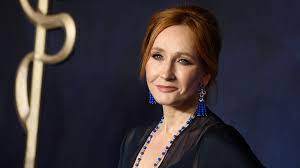 what’s wrong with taking a little more time? Philosopher Immanuel Kant and writer J.K. Rowling proved that you can still be very successful at a later age.

What lessons can we learn from late bloomers? This shows that it is never too late to start your own business. Growing older and getting better at the same time is what late bloomers are constantly showing us.

Want to start your own business? At the end of this article, I will show you the best way of becoming your own boss.

Wanting to be the best at everything, to beat your competition and peak as early as possible: these are the sacred houses that are difficult to demolish in our society. According to the Social Economic Council, young people are faced with sky-high expectations and growing uncertainties on the way to an independent existence.

A Western research organization publishes an annual fact sheet showing that work pressure and stress are still some of the main reasons for absenteeism and dropout. They have not only calculated that work-related burnout complaints have increased in the past 6 years, but also that young people (25-35) are the age group who experience the most burnout (21 percent).

Not everybody has haste 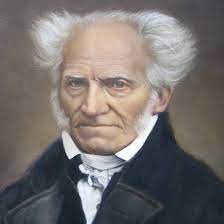 There are people who don’t feel the pressure to perform as young as possible. And success in later life certainly has positive sides.

A philosopher and co-author of the collection Latebloomers, which contains nine portraits of famous late bloomers, said it as follows: ‘Some have only achieved their greatest successes after their fiftieth, including great philosophers such as Immanuel Kant and Arthur Schopenhauer and artists such as Giovanni Bellini and Katsushika Hokusai. I especially noticed how diverse the idea of ​​a late bloomer is. There is no single definition of a successful late bloomer because no two lives are the same. “

Yet there are similarities between late bloomers. Five elements are important: Life experience, life-changing events, financial independence or necessity, and the definition of success. Wisdom comes with age, but how does this life experience manifest itself? Gaining life experience, letting yourself mature, as it were, ensures that you gain more self-knowledge and thus experience the courage and freedom to go ahead. I can attest to that. 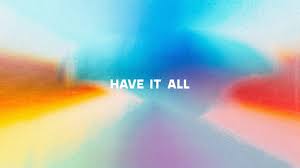 But brave deeds are reserved for the youth, aren’t they? In the context of life experience, we should not confuse courage with youthful arrogance. This is often accompanied by insecurity and lack of self-confidence; young people do not know what the outcome will be, so they are more likely to step into something. Courage in the continuation of maturation is often related to inner freedom. Freedom from worries or outside pressure, not from obligations.

As you get older, you can start to feel freer than young people and you may dare to go your own way. Take the German writer Golo Mann: he only dared to really write after the death of his illustrious father (Thomas Mann, ed.) and then achieved world fame as a literary historian. It wasn’t until later in life that he had enough confidence and courage and experienced enough freedom. 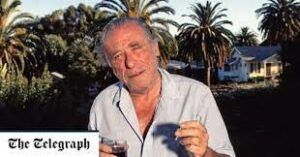 Sometimes this is preceded by an event that can turn a life upside down, and often a dose of bad luck or luck is involved. You can get fired, get divorced, or be noticed by your boss just at the right time. Even a pandemic could be such an event. When it comes to success in your career, you sometimes need luck.

Charles Bukowski was a full-time alcoholic and part-time mail carrier when he wrote the bestseller Post Office after his discharge from a post office. By then he was already over fifty. Often you just need people who want to give you a chance and recognition.

Finances also play a role in the success of late bloomers. The longer you live, the more money you have been able to earn. Provided you don’t squander your money, you create the financial space for yourself to invest in an idea, hobby, or business at a later age. That takes courage. But sometimes there can also be a financial necessity behind the flowering period. For example, if you have gone bankrupt with your company or are in debt restructuring, it can be an incentive to make a career switch or try things that will bring you success in a different way.

But success, how do you define that? In our society, we are taught from an early age to be successful. This starts with

parents who arrange registration with the best primary school in the neighborhood as soon as possible. Children often feel this pressure for the first time when taking the entry test, but it can manifest itself even earlier.

Who wasn’t jealous of classmates who had already reached the highest reading level, while still struggling around mid-level? Not to mention a study choice profile in high school, the many tutoring schools, the competitive atmosphere surrounding many further courses, or that one promotion at the company where you work. Pressure to make the right choices, both at home and in society, is common.

What about late bloomers?

Do experienced late bloomers not feel that pressure? Do they think differently about success? Of course, they do. You are in control of the definition of success. That realization comes when you are older. Why is it that young people often feel pressure to succeed quickly and be successful?

Many people, not just young people, let others define their success or measure it by the recognition of others. That’s a pretty limited view of success and probably isn’t going to make you happy. If you are impatient about it failing to do so, first, consider your definition of success. In addition, ask yourself whether you are able to achieve your desired success. Some educations and professions exclude late bloomers. 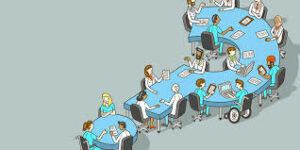 According to studies made by the US National Bureau of Economic Research, the peak of “great scientific output” among researchers is around 40. According to the study, people nowadays need to acquire more and more knowledge, and thus learn longer, in order to peak creatively.

This not only has to do with how educational systems are set up or the amount of knowledge that is available, but also the fact that people have been getting older on average over the past century. For example, the research showed that since the beginning of the 20th century, as time passes, the creative peak occurs later and later in life.

This does not alter the fact that anyone who has not started playing the piano at a young age has a small chance of becoming a successful pianist at a late age. Still, it’s never too late to feed your curiosity and learn new things. Late bloomers have never stopped developing themselves. Until a late age they have been interested in a world bigger than themselves and they get inspiration and knowledge from that. This can provide new insights, both with regard to your work and your life. Lifelong learning seems to be the motto. Typically, late bloomers stay true to themselves, you need some courage, patience, and persistence. The pursuit of success is a dangerous path. You have something to say about the path to happiness. 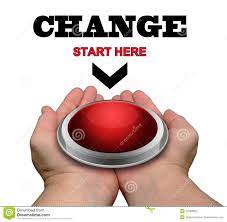 So, I became my own boss at the age of 59 and so can you when using the enormous possibilities of the internet. And yes, you should choose wisely, not fall into a trap and think you will be rich overnight. I have been part of the world’s best internet business support program since late 2014 and never looked back. I now own two websites and so can you. Want to read more about this life-changing opportunity? I have published a full review of this program, which you can access by clicking here. Late bloomers, take your chance!