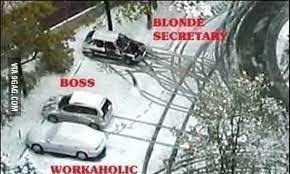 What little research there is has shown that 5 percent of the world’s working population are workaholics. They call it the problem with no name: the biggest problem of work addiction is that it is not seen as a problem in our society. Being a Workaholic is even rewarded with an honorary status in Western society, rather than recognized as an addiction. 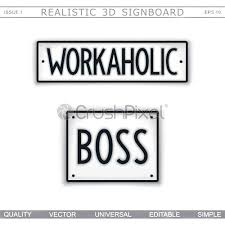 Hard work is seen as something positive, not a problem, ”she says. And that’s because we don’t know exactly what we’re talking about when we talk about hard work and work addiction. “Hard work” and “work addiction” are often confused. The dividing line is not clear. Simply because there are no clear figures, because little to no research has been done.

However, we need to define the problem if we want to fix it, especially when your boss is a workaholic. Therefore, in this case I will rely on the few sources that are known, in order to capture as good and as bad as possible that definition of “workaholic” and the difference with “being a hard worker”. The first step to the solution: recognition and naming of “the problem without a name”.

Are you an alcoholic or your boss? Take matters into your own hand and follow my life-changing option at the end of this article.

Differences between workaholic and hard work

Here are the differences between the “workaholic” and “hard worker” at a glance – based on typical recognizable symptoms:

Introduction of the Edward

“That’s Edward, who sits here in the morning before everyone comes in and turns off the light when the cleaner is long gone. Always busy, taking every job he can get his hands on. Great guy, he’s all about business. ” Is Edward just a committed, hardworking boss/employee or is he a workaholic? 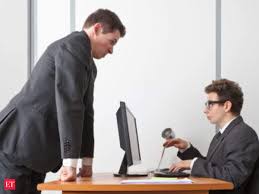 Of all addictions, work is the most socially acceptable. Certainly from the perspective of the shortsighted management. “Edward has a real heart for the business, he is ready for the company day and night.” With this he naturally reaps praise from his bosses. But therein lies the danger. The appreciation from the direct working environment makes the workaholic feel that he is doing well. It is not uncommon for him to be promoted as a reward for his efforts. That reward confirms the wrong behavior.

Where alcoholism is recognized earlier as a problem by the immediate environment, work addiction is more of a latent problem. And yet there is a big difference between a hard worker and a workaholic. Because Edward does have a problem, namely the obsessive, almost irrepressible tendency to work hard and when he does not work, to think about his work. Work is an addiction, which is difficult to get rid of. Especially if the problem is not recognized.

Four symptoms by which you recognize the Edward in your organization:

According to researchers, the number of workaholic addicts is growing due to digitization and the 24-hour economy. An important characteristic of work addiction is that someone is constantly restless when he is not working, and feels guilty when he is busy with something else.

That is why the workaholic prefers to check his iPhone or BlackBerry for messages, e-mails or phone calls anywhere, anytime, including during his free time and on weekends. The convenience of the smartphone makes it difficult not to give in to that tendency. Employees who regularly send an email on Saturday evening or Sunday afternoon or send a message at 9 pm are in the danger zone. 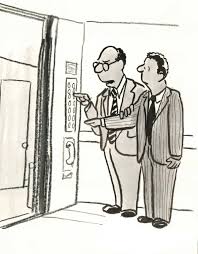 An important personal characteristic of the workaholic is perfectionism. He is a control freak who struggles to give up work. -Someone who constantly criticizes – in his view – the lack of work ethic of his staff or direct colleagues. He prefers to do everything himself, can not delegate at all. “If I don’t do it myself, it won’t work out,” says Edward.

The direct consequence of this is that the workaholic is always in need of time. He is the one who shouts yes first, draws in all the work and takes on every job – but by no means always gets the job done and is usually busy with everything at the same time.

As a result, he is stressed, rushed, has no time for talk and has no patience to explain anything to a colleague, let alone get involved. The workaholic does not strive to work as efficiently and effectively as possible, he just chases work. Usually the files pile up and the workaholic drowns in the work. If you or his immediate supervisor have no idea what this boss is doing, you may be dealing with a workaholic.

The workaholic is married to the office and makes long, late hours. You will never hear about activities outside of work, such as hobbies or family outings. When he finally goes home in the evening against his will, he checks his e-mail not long after returning home and maybe even at night. The result is of course that the workaholic is heading for burnout. Health problems, insomnia, fatigue make Edward look tired, irritated and stressed.

This way you can help Edward and the company:

Just because your boss works consistently for many, many hours a week 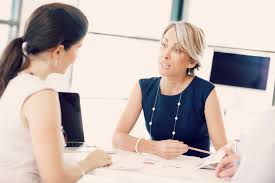 doesn’t mean you’re expected to do the same. So instead of incurring it all, sit down with your manager and try to gauge his expectations. Chances are your boss wants to see you focus on core tasks and take the time it takes to accomplish them. And whether you do this in 40 hours versus 50 or 60 may not matter to your manager

Maybe your manager tends to burn the midnight oil and expects you to do the same. If that doesn’t work for you, express it openly rather than trying to keep up with your boss’s schedule. Otherwise, you run the risk of being burnt out, lowering your performance and copying your manager’s bad side.

Determine how much time you can or want to commit to work and communicate that to your manager. And then be prepared to compromise. The key, however, is to set some sort of limit so that you and your boss don’t fall behind.

3. Learn to manage your time well

Some people who work long hours do so because they are not efficient in managing their time. If you are not willing to clock in 60 hour working weeks – which is understandable – you need to prove to your boss that this is not necessary. Map out your priorities at the beginning of each week, eliminate distractions, and take out projects like the superstar you are. With a little luck, your manager will realize that you are pulling more than just your weight. 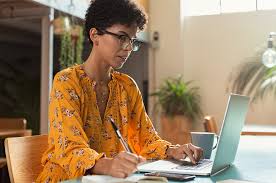 Perhaps you have indicated that you do not want to work 50 or 60 hours a week on a regular basis. But if a work-related emergency strikes or a high-profile project comes up that requires your attention, make sure you are dedicated to it if necessary and prove to your boss that you are willing to go the extra mile when circumstances require. This way, your manager is less likely to chase you into working late just for the sake of it.

5. If all else fails, indicate what you have achieved

Maybe your manager has a certain mentality about a lot of work and makes it clear that you are expected to maintain a similar schedule. If so, you have to prove that you are a valuable, responsible employee, even if you don’t take the same number of hours your boss does regularly.

I agree, that all of this, especially the last one, will not be easy. So, what do you do if nothing else works?

Of course many of you will choose another job, another company, but not everybody can get a new job easily. A perfect alternative could be to keep your job, whilst starting to make money on the side. And you are going to use the internet to do so, with the best support program there is. Interested, then click here to see my full review of the most popular program to date.

8 thoughts on “When your Boss is a Workaholic”