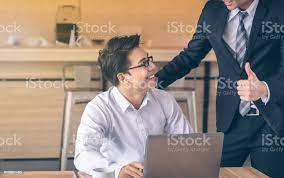 I am sure almost all of you will recognize this situation, happening many times in the workplace. Your boss has given you quite a difficult task, set a deadline and knows that he is stretching your limits. However, you come back with him at the correct time, having done overtime and delivering a nice piece of work. 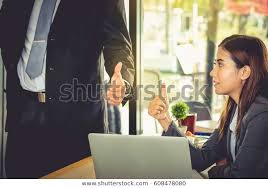 But your boss just accepts it as normal and did not even make one positive comment about it. Let us be real here, you will feel a little bit shitty, to say the least.

And you are not alone. A quarter of the workers say they never get a compliment, neither from their boss nor from their colleagues. At the same time it is a known fact that a compliment in due time will ensure more productive employees. Yet, more than a fifth of employees say they do not feel appreciated at work.

I will go on to explain the benefits and power of compliments from the boss as well as the fact that they might be rare on occasions.

Never receive any well-deserved compliments? Start preparing your exit by making money on the side and see the last paragraph on how to do this successfully!

The force of a compliment

It seems so obvious to give a compliment if something goes well. Yet we do not do that much in practice. Are we too down to earth? We are more likely to state what goes wrong. This is unfortunate because a boost is welcome especially in times of economic or company crisis. If you regularly give a compliment yourself, you will also get more eye for the positive in the other. That also makes you happier yourself. 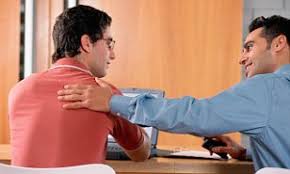 Compliments bring out the best because they name the best. The recipient of a compliment will want to display the valued behavior more often. In contrast to negative expressions, such as penalties or sanctions, compliments have a lasting effect. They tend to work longer.

Research has shown that compliments and positive attention motivate more than gifts, a promotion or cash. Compliments activate the reward center of our brain. The number of dopamine increases and that gives a good feeling. In this way, complimenting bosses will get happier and therefore more motivated and better performing employees.

How to give a compliment

How do you actually make a good compliment? Make sure your compliment is genuine, personal and specific. Only express a compliment about what you really appreciate. It is not a trick! Don’t be too general either. Rather say “You cooked well” than “The food was good.” And it’s better to compliment a great goal than to say “great match.”
And how do you receive a compliment? Simple, just say “Thank you.” Don’t apologize or defend yourself. By trivializing your performance, you undermine the compliment. Why would you?

Now knowing the force of compliments the findings in the workplace are pretty remarkable. People really appear to generally be more focused on what’s not going well, however negative and stupid this sounds. It is really amazing that a quarter of the employees receive no appreciation for the work they do at all. Like if these people do not exist in the eyes of management at all. This is detrimental to their motivation. If people do not feel valued, they are less involved with the company and less committed. 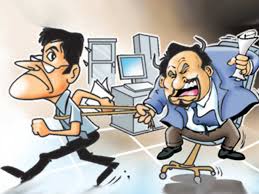 Another remarkable fact. The findings also show that young employees receive a compliment more often than older colleagues. Of the employees up to 34 years old, 15 percent receive a boost nearly every day. For employees aged 50 and over, that is only 5 percent.

Almost thirty percent of people aged 50 and above never get a compliment, with the younger generation that is much less: one in eight employees. Perhaps it is easier for young people to give and receive compliments because they do that a lot on social media. But still.

It is also possible that older employees no longer need confirmation. Older employees have already won their spurs. But it is still important that those colleagues also receive compliments. After all, they too must remain motivated.

A positive self-image helps us to get through the day. But do we still have an eye for the performance of others? Giving compliments costs almost nothing. But you should be able to see that. You have to have a focus on others, and less on yourself. If the overestimation goes too far and tends towards narcissism, it will be a lot less successful, if not harmful.

It is extremely important to compliment each other. It is one of our most important intangible needs. Belonging and being appreciated, two are extremely important. From an evolutionary point of view, people cannot live without a group. This is a fundamental principle and therefore everything that points to social exclusion is very threatening to people. Personal appreciation confirms that you are a full-fledged group member. Social exclusion leads to stress. 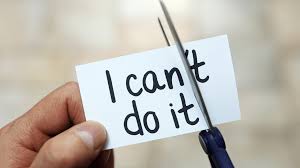 It works both ways

By complementing each other, we emphasize the appreciation for the other, and that supports the positive self-image. That gives you the energy to put yourself back in the group. You go that extra mile if the atmosphere is good and everyone appreciates each other.

The manager plays a major role in this. They must show that they want to give everyone something because giving is a way of communicating trust. That you have the best for all members of the group. But it must be genuine.

I personally believe that managers should give more praise to their employees. Colleagues should also complement each other a little more often. This may sound a little lofty, but I know from my own experience that this works very well. But bear in mind that there is no need to compliment somebody when it is not well deserved.

Employees who are often told “you did well” are generally more enthusiastic about their work and are more productive. These people make a greater contribution to the company. We notice that you as a company have much more success if you regularly give a compliment.

Sociocal (not the real name) pays a lot of attention to complimenting colleagues and bosses. The idea is to start from the things that go well. At the company, therefore, no appraisal interviews are held, but a weekly progress interview takes place and managers keep a yearbook about their people. They record everything that someone has achieved. There are also many compliments in between.

The company sees a difference since it started giving more compliments. The company has been a great place to work for seven years in a row. They take part in a competition every year and the results clearly show that people appreciate it when you state what they are doing well.

The importance of complimenting is indisputable.

Yet, many people are still suffering unnecessarily, because the boss and/or colleagues do not care or know about giving compliments. 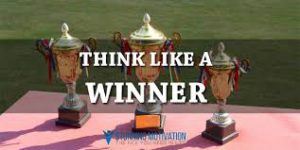 It would be a great step forward if we would only realize the advantages so that people would become more productive. The company will benefit at the same time.

This leap forward has not been made yet and for that reason many employees will feel unappreciated, dissatisfied or even worse, will want to stop working at such a company. They are looking for other challenges, changing companies or just quitting.

Make money on the side!

My recommendation would be to keep your job, but at the same time start for yourself making money on the side. Yes, you can become your own boss by doing affiliate marketing on the internet. It is open for everyone and you will get the support you want. I have done a full review of one of the best internet business support programs with my own experience and you can access that review by clicking here. Read about this scam free opportunity of a lifetime and get a week Free access to my link there.

14 thoughts on “Compliments from the Boss – A rare Occasion?”