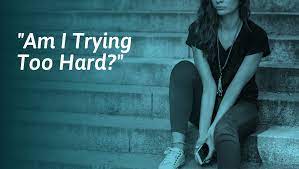 On social media and in real life, we are constantly comparing ourselves to others. The grass always seems greener next door, but in the end, you will be more successful if you are happy with what you have. “We are all victims of reality.” 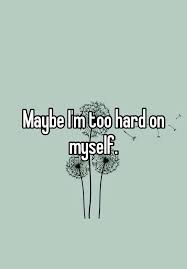 You know the feeling: you had to give a presentation and afterward you think of something you should have said but had forgotten. Something that would have convinced your audience even better. You can beat yourself in the head. Tonight it will keep you awake and tomorrow morning the face of a loser will stare at you in the mirror. There is no need to be such a fool.

Reward yourself with the best opportunity now available. Check out the last paragraphs!

Formula 1 driver Charles Leclerc also had such a moment during the last year’s race in Baku in Azerbaijan. The 21-year-old Monegasque is driving his second season in the premier class and his first at Ferrari, a team that is not known for hiring inexperienced drivers.

Leclerc proved that even great talents make mistakes by planting his red car in one of the walls on the street circuit during qualifying. “I am stupid, I am stupid,” he shouted over the radio. In interviews afterward and on his own Instagram account, he repeated his mea culpa: ‘No apologies, I’ve been useless.’ 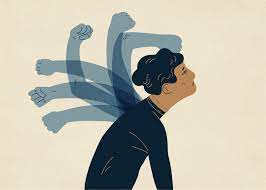 When something doesn’t go the way you want it to, it’s very tempting to think a lot about it. That’s the only way you’ll find out what went wrong and prevent it next time, right? The danger, however, is that the self-analysis turns into self-blame and rumination. Then you quickly end up in a negative spiral in which you don’t like or like much about yourself.

Instead, try to focus on what is going well, and how you wish it had gone. Spend your energy on that. A positive psychology trainer sees many people who are too hard on themselves or tend to be too hard on themselves. People think very easily that they have an imperfect life. “It’s so easy,” he says, “and it seems to be the solution to everything.”

Is it typically Western to be a perfectionist in life?

“I don’t have enough experience with other cultures to say anything about it. It turns out that it is something that belongs to people anyway: from an evolutionary point of view, people who did not pay enough attention to danger dropped out. People appear to respond more strongly to negative stimuli than to positive ones. So you could say that it is genetically passed down that we tend to continue to think critically and to worry.”

“One of the greatest dangers to early humans is not belonging, because we are herd animals. As humans, we want others to accept and like us. One of the ways we do that today is by impressing a birthday party with, for example, the cool job title we have or a recent promotion. And of course, it is true that we live in a society in which we identify ourselves with our work so much that you are in fact your work. It’s the first thing we ask about when we get to know someone.

Fear of losing our job if we don’t try hard enough?

“Now that the economy and the labor market are picking up, I don’t believe that this is the most important thing. 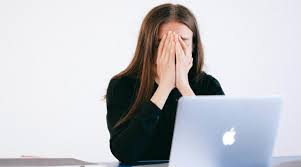 Okay, finding another job isn’t easy, but it really isn’t as difficult as it was five or ten years ago. But if you have a nice job you would of course like to stay there. Then you can get the feeling that you can’t do anything wrong, especially if you started not so long ago. While: at what stage of your career is you most likely to make a mistake? Right, the beginning. At the same time, this is the period in which we blame ourselves the most.”

In the book, it is advised to simply be satisfied more often, instead of always striving for that ultimate. All things considered, however, we find such an attitude to be lazy and a sign of a lack of ambition.

The thought is: does satisfaction not yield less? Like you have to get better at everything. But that’s how we live. When we eat we need to get healthy, when we exercise we want to look good and when we read a book we have to learn something from it. Only when we throw Netflix on and are swallowed up by a series can we turn ourselves off for a while. To feel guilty after three episodes that we didn’t do something useful. 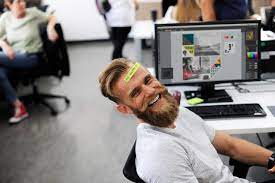 The irony is that scientific research proves that happy people do better in the workplace, but that there is no point in trying as hard as possible to be happy. Then you are very strict with yourself again and that doesn’t work. In addition, you may wonder why you are trying so hard. Is it because you hope to become happier? Then maybe you should start enjoying yourself instead of trying to be perfect.

We live in a culture we think we can make ourselves, in which it is increasingly suggested that you can simply ‘manifest’ success and happiness. We think it is a form of optimism that is supported by many.

“No, I think that’s too short-sighted. The danger of that is that if something doesn’t work, you blame it on yourself. We are all victims of reality: of course, you have an influence on your life, but not on every aspect. Not everyone is blessed with the same amount of opportunities. On the other hand, everyone benefits from being positive about what is there. A vision of the future to work towards calmly and not as ideal perfection to compare yourself with, not a prediction that has to come true. Take a closer look at what is going well and you will come a long way.”

What if you start your own internet business?

Has it ever crossed your mind to reward yourself and start your own business? I bet you have thought about it but 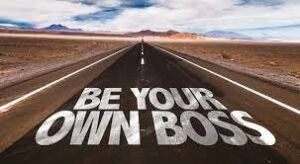 did not know how to do this. More and more people have become entrepreneurs and still, more would like to become their own boss. There is an easy way to start your own business with the help of the internet and become your own boss. Anyone of us can do it, you just need to be told how.

The internet contains a ton of possibilities, yet you need to find the best, honest and scam-free options. I can help you in the right direction and point you to the best internet business support program right now. One of the most popular business models is affiliate marketing. I will explain to you in short how this works.

You will need to create a website and the program I will be proposing will take care of that. Then you will choose your website niche (a topic you are going to write about). There are millions of niches, but you should pick your topic from one of your hobbies, passions, or interests. 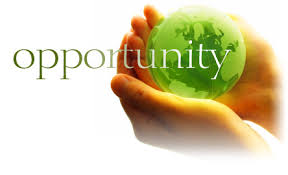 2 thoughts on “Don’t be too Tough on yourself and Success will follow!”