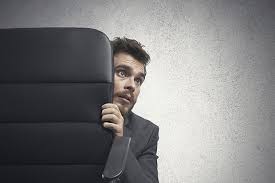 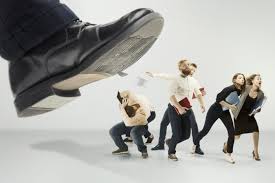 not very good at all. 17 percent even experience a culture of fear at work. Sara and Leona know all about that: “When my boss walked by, he shouted,” typing noises girls, typing noises! “

There are a whole lot of wacko bosses out there, who can and will make your life miserable, even to the point of fearing to go to your job on a daily basis. How does it work and how does a fear-based working environment have an effect on people?

No longer interested in working in a place like that? Check out my perfect way out at the end of this article and change your life forever!

What does this fear mean?

Sara was so tense in the morning before she went to work that she couldn’t keep her breakfast down, she says (Sara is not her real name). She dreaded the start of the day because the projects that everyone was working on were extensively derailed. Her manager was quite temperamental and unpredictable, says the 29-year-old employee of an advertisement agency. “What she thought was good one day, but she would hate it the next. At a certain point, we no longer knew how to perform our work. We were just trying to keep her from freaking out. “

Needless to say that there was a culture of fear in the work environment of this agency. There is a debate about the exact definition of this, but according to some organizational psychologists, who research leadership and how managers deal with suggestions from employees, a culture of fear means an unsafe work situation, employees feel that they should not make mistakes, there is a strong relationship of power between managers and employees and this power is also abused.

A recent survey shows that a quarter of the highly educated people who are actively looking for new work do so because of their manager. And according to this survey conducted by a market research agency among more than a thousand employees, 17 percent experience a culture of fear at work. Hierarchical organizations are especially susceptible to this. In general, the more centralized the power, the more likely it is. For example, employees become anxious to express their dissatisfaction or to point out errors, because they are dependent on one person in their assessment. They fear that bringing something up will affect their promotion or rating. In other words, they cannot function properly anymore.

Here is the experience of a coach, who provides leadership training, among other things. With her company, she visits many organizations with a culture of fear. In addition to hierarchical organizations, she sees that especially 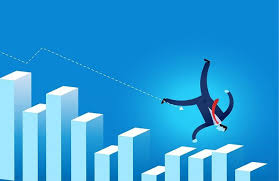 companies that are under financial pressure are sensitive to this. Short-term goals and the achievement of targets then prevail. A certain turnover must be achieved every month and this ensures that a manager increases the pressure on his employees. Due to the stress that comes with this, the human brain switches to automatic pilot. Employees continue to work, even when they are tired. They do more of the same, become absorbed in themselves and there is less room for consultation.

This is not only disastrous for the well-being of employees – burnouts, unsafe feelings, and mistrust are lurking – but ultimately also for the organizations themselves. It reduces productivity. Employees become demotivated, dare to contribute fewer ideas, which is at the expense of creativity, absenteeism increases and the team spirit disappears.’ ‘A shame’, adds an expert, ‘as this is how you create an unprofitable gap with your competitors as you don’t make optimal use of the quality of employees. ‘

Leona (42) also experienced that a culture of fear does not benefit the work ethic. She now coaches entrepreneurs, but three years ago she still worked for a company. For seven years she worked under “a boss with dictatorial traits.” 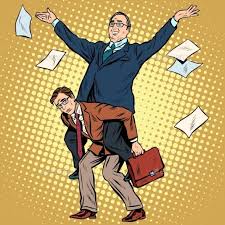 “For example, he constantly walked across the ward and shouted,” Typing sounds girls, typing sounds! ” He also regularly flipped out. At first, we became insecure about it, but eventually, you become indifferent, “she says. “At one point we thought: just make him think we’re at work. But in the meantime, we were mainly concerned with not standing out too much. We were there 40 hours a week, but far from productive. “

Leona was one of the few who dared to speak to her boss about it and says. “Once when I told him I had a quick question for him, he yelled: I don’t have time for this now. I turned around and when he called me back, I ignored him. “Moments later, Leona was called to his office. “He spoke in a derogatory tone for me to listen to him, to which I said, if you want to behave like a tyrant, just do it, but I’m not going to be treated like that. From that moment on he kept quieter. “

Difficult to raise the question

As an individual, it is often difficult to address a culture of fear, let alone change. Especially when it is woven throughout the organization. “When it concerns only one department, it is easier. Then you can step to the layers above. But above all, it requires self-insight and willingness to change on the part of (top) management to really get started with this. In order to ultimately create ‘psychological safety, or an environment in which employees dare to share ideas and admit mistakes, managers must show vulnerability. If you want employees to be honest, you as a manager must also dare to admit mistakes.

In any case, the boss of advertising agency employee Sara did not have that capacity. In retrospect, she wonders how she managed to remain the two and a half years at the company. And although she now has a nice new job, the effects of her old work are still felt. When she approaches the exit on the highway that she had to take to get to work, she develops palpitations. And her current manager now asks: do you have a minute? Then she immediately thinks: what did I do wrong? “But the good thing is: the conversation with this boss is almost always positive.”

In some cases, managers will listen to what their staff has to say, however, in most cases they don’t. Contacting HR? 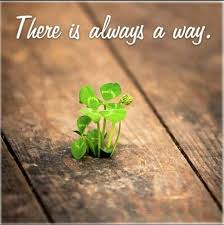 Again, only in some cases, they will help staff instead of siding with management.

It is not impossible to change a situation like this for the good, but chances generally are slim. You saw that Sara left that company, which is a way to beat your boss!

There is another way though, a much more popular one and that is you start preparing your exit strategy. In your own time, you will be your own boss, by having your own website and start making money on the side. Everybody can do this with the right support. Here is how this goes.

Based on one of your passions, interests, and hobbies, you will start operating your own website, blogging, getting visitors, and then promoting products from relevant merchants. Through a link on your site, customers can go to the merchant’s site and buy the product. As soon as this happens, you will receive a commission. This is the essence of affiliate marketing.

You can completely change your life by starting this, supported by the world’s best-supporting program, Wealthy Affiliate, of which I have been a member since 2014. In order to inform you in-depth, I have made a full review of how this program works, the training, the tools, the support, and its community. It can be accessed by clicking here.

Dare to change your life! 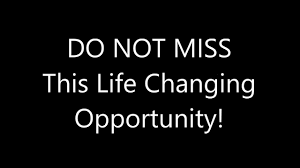 My review mentioned in the previous para has a link, with which you can become a free starter member for one full week. No commitments! Experience this low investment, scam free and honest way of making money on the side yourself. Sign-up for premium membership within your first week and you pay only $19 for your first month. I and other members will be there to guide you to success.

Please leave any questions you might have in the comment box below and I will be replying within 24 hours. Thanks for your attention.