Your team is doing very well, you are having a good time as a manager, but your relationship with your manager is far from optimal. You are completely annoyed by his or her leadership style and you also disagree with the strategy imposed by him or her. Do you feel the tendency to take a few days off every time you have spoken with your boss? You’re not the only one.

In a global survey of job site Monster, 35 percent of employees say they have a “terrible boss.” And can you believe that only 15 percent are very satisfied with their immediate supervisor? A bad boss not only jeopardizes your further career but also has a bad impact on your personal life. A good manager brings out the best in you and has a positive effect on all aspects of your life.

If a nice working environment is so important for people, what are you going to do about achieving this? After all, you have to be there about a third of your time. Let me help you a bit here and make you aware of what you can do. When you are fed up with your boss, you will have no less than three options at your disposal.

And then there is another way out entirely, by starting to make money on the side. The link is down at the end.

The three options you have

I have recently heard many such stories; managers who get stuck or otherwise in their contact with managers above them. What can you do in such a case? Here are the three possibilities:

1. You are going to make a difference by changing your own behavior and/or communication
2. You accept the situation as it is
3. You are looking for another job and/or employer

1. You are going to make a difference

When things don’t go the way you want them to go, the topic of changing comes around. It is important to get very clear what you can and cannot

influence. Many managers are insufficiently aware of where influence ends and real influence begins.

You have 100% influence on yourself; on your own behavior, communication and feeling. On the other hand, you only have some influence on the others. The good news is that you can influence much more than you would initially think. The crux is that you are aware that your influence does not always necessarily lead to a positive end result. It works like this:

Ellen is a manager and very satisfied with the contact with her team. She is a real people manager, which means that she pays a lot of attention to her team, gives them liberties and confidence. As a result, her team takes a lot of responsibility. Unfortunately, she is very frustrated about her relationship with her own manager Eric. In her eyes, he is absolutely not a people manager and is mainly involved in playing political games. Which means he often doesn’t have time for her. And also come up with plans that she usually does not support.

Ellen gets stuck because she doesn’t see how she can alter that. Frustration is a sign that you are not clear where your influence ends. Ellen wants Eric to unwittingly change. While she has no real influence on him, her thoughts often go in the direction of: “he is not doing well”, “he is wrong”, “he should coach me more.”

These are all thoughts aimed at wanting to change your manager. This stream 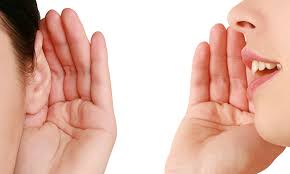 of thoughts works enormously against her. And nothing will change just because you want it to. Unless you are going to really make a difference.

Ellen found out that she was indeed too busy trying to change her boss. She was no longer concerned with how she could be more effective in her behavior and/or communication.

Making a difference means changing yourself! The nice thing is that the chance of a good result is much greater. Remaining in your own negative emotions in the hope that the other person changes will never produce anything effective. You then place yourself in a victim position.

What did making a difference mean for Ellen?

She first went to find out what made her so vulnerable to her manager. (from the idea that every worry only says something about yourself). She discovered that the behavior of her manager evoked her fighting behavior (discussion) and indifference. These pitfalls then cause ineffective behavior. Her indifference turned out to be caused by thoughts such as “never mind, he doesn’t listen to me” and “he always wants somebody other than me”.

This conviction turned out to be the most profound one: “I am not good 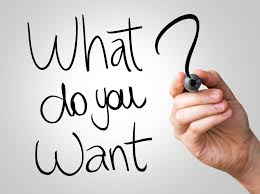 enough.” You only find this out by asking yourself: what is the worst thing that can happen if you let go of your former behavior? Another request for help is: “What do you not want to feel?” The next step is to find a perspective that you would rather believe. For Ellen that was: “I’m good the way I am.”

From this perspective, she then entered into a conversation with her manager. She started naming what his behavior did to her. That she was disappointed with his way of coaching. That she wanted more involvement and attention. She noticed that she really got to him. And that for the first time he realized what he was doing. This caused him to show more involvement.

However, this does not mean that effective influencing always leads to results. It can also happen that such conversations have no effect on the manager. Then you arrive at option two.

This possibility arises that if you notice that you have done everything you could without this leading to the desired effect, then you have nothing else to do but accept that your manager does what he or she does. That is showing leadership! And no more whining, complaining and sacrificing. Because then you would want to change that person again. For many, this option of acceptance is often the most difficult one. Why? Because it evokes powerlessness and frustration. So if you find acceptance difficult, then investigate the pitfall behavior you fall into. And go through the steps in option 1 to look for your fear.

By the way, accepting any matter in your life (after you have done everything to change it, but could not), will lead to more happiness anyway. This attitude has helped me enormously in my own life.

3. Leave that job or even the company

Of course, there is always an option to leave your employer. Do this only if you have first challenged yourself to look at situations/managers differently. That you know that change does not start with the other person but with yourself. And that your resistances and frustrations only say something about yourself. 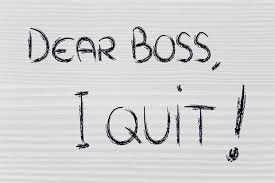 So do not leave from resistance but from the desire for something new.

For you who likes to take a chance

I realize that just leaving is not an easy option for many of you, but what would be your future if you stay? One hundred percent sure, things will only get worse, even up to the point that your health starts to suffer. And this, dear reader, is the last thing that you want. Therefore, I am going to propose an entirely different way out:

Start making money on the side

What if I say that you can stay in your job, but prepare for an exit later on, by becoming your own boss? Making use of the internet is now becoming a real possibility for every one of you. One of the best opportunities that currently exists is to become an affiliate marketer, operating your own website(s), promoting other merchants’ products and receiving a commission when a sale is made.

Why can anyone do it? Because there are some very good internet business support programs available, that will teach you all the ins and outs of affiliate marketing. You will have a website in minutes, all pre-designed and a lot to choose from freely.

So dare to take action!

If you are interested in this life-changing opportunity, you can read my full review by clicking here. The cost will be within reason, it is guaranteed scam-free and the review also gives you the option to sign-up for a week for Free!

20 thoughts on “When you are Fed up with Your boss”