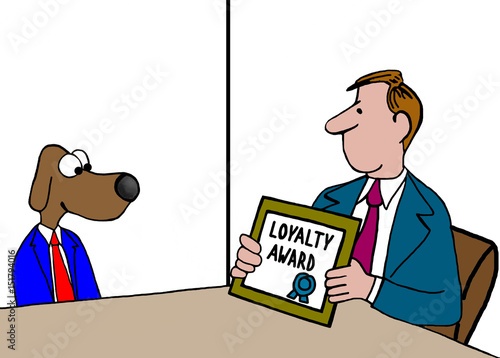 Frequently you hear from labor market experts that the ‘job for life’ is history, 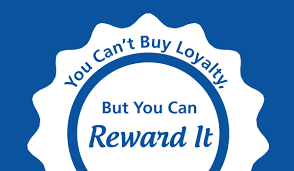 over and done with. With the emergence of flexible contracts, we would all become job hoppers. But in reality, this does not hold true.

Still, a vast number of people have been working for the same boss for more than twenty years, which is no exception yet. Nevertheless, employers and trade unions find it increasingly less important to celebrate anniversaries of loyal employees. Why is it that loyalty to the boss does get less rewarded than before?

Why not be loyal to yourself? Become your own boss and check out my last paragraph!

One company celebrated a big party last week. One of their employees, Daryl, celebrated his “golden” jubilee, which is twenty-five years with the same company. This milestone did not go unnoticed. A decorated chair, video 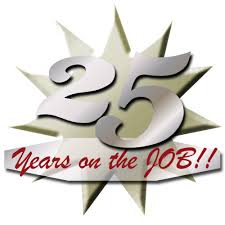 messages from the owner-director and from foreign partners. Everything had been arranged by Daryl’s colleagues to put the person celebrating in the limelight.

The golden colleague himself was, as it should be, completely surprised by all activities. “I’ve certainly reminded them of it, but what exactly would happen they kept a good secret.” And oh yes: “The years have passed by so quickly.” Recognize this at all? Maybe you are still one of the lucky ones, where years of hard work for the same company does get rewarded. Others are not that lucky!

Nowadays labor market experts would like us to believe that Daryl’s is a special case. That we, now that permanent contracts are out of favor, have all become job hoppers. However, statistics from the labor market prove that this is not entirely true in reality. A quarter of all workers, in western countries, have been with the same boss for ten years. Almost half of that group has even completed twenty years and more. 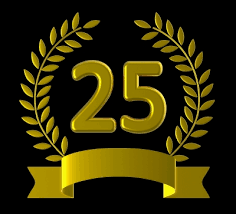 Linda is such a veteran. “When I left school, I started working as a private adviser,” she says. That was exactly 25 years ago, which is something to celebrate. The big party follows later. There are still three persons celebrating a jubilee at the company. But on the big day itself, Linda’s desk was festively decorated, and there were sausage rolls and cakes.

Why did she not even consider a second in that quarter of a century to apply for another job? “You now know what you have, and do not know what you get elsewhere,” says Linda. Moreover, there is a super atmosphere at the office. So Linda does not have to think about the further course of her career: “I’ll easily complete the forty years.”

For ‘stayers’, there is also an incentive to complete the 25 or 40 years: with these milestones, an employer can pay one gross salary net. This bonus is not tied to company regulations or the collective labor agreement.

There are many such anniversaries, so the budgets to put people in the limelight shrink with every new collective labor agreement. “It is no longer a priority”, says a spokesperson for the trade union. They are seeing ‘a 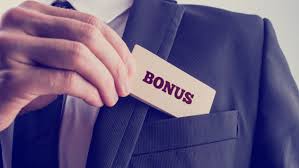 Reason: employers and employees do not think it is that important anymore to offer staff a bonus so that they remain in service for 12,5, 25 years or even longer. “Why would you encourage that?” asks the spokesman. “You can also spend that money on policies to make people suitable for the labor market of the future.”

For the trade union, the proverbial gold watch is no longer a breaking point in collective bargaining. “Loyalty can be rewarded, but if an employer wants it differently than with a bonus, we are not opposed to that.”

The bigger the employer, the longer people will stick. Roland is a living example of this. On May 16, 1978, he started at a multinational company. “My 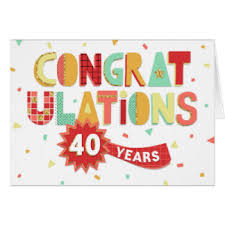 older brother was already there.” Even when the company changed its name and activities, the brothers stayed. The oldest of the two retired, “after 48 years.” Roland will complete his fourth decade next month. And he is still having a good time.

Within a large concern such as this “you can always move internally if you are in the wrong place”, explains Roland. “I worked in shift-work in the factory, and switched to the office when I had enough of it.”

Evolving work situation in the US

The loyalty between employer and employee has not disappeared but has adopted a different character. That is what a number of American employment advisers say. It should be noted that this new loyalty has shifted from the future to the present. This means that the employer and employee are loyal to each other in their current relationship, without however having to expect or give guarantees in the longer term.

Says an expert in the US labor market: ‘Loyalty is accompanied by the assumption that people will also be rewarded for that loyal attitude. Fifty years ago, an employee could stay with the same company for decades. This was 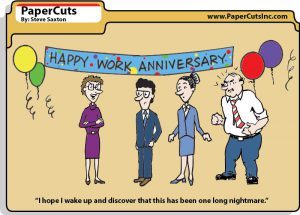 compensated by the employer with long-term protection and care. So a large part of the employees had a guarantee of long-term employment, with additional social security and pension guarantees.

Today, companies can or do not want guarantees, so that employees can not be expected to continue to apply the old standards.

When they get the opportunity, they also sell their talents elsewhere at better terms, so loyalty must be viewed differently, whereby the employee promises to use his talents optimally during the employment in exchange for a good remuneration. however, both parties still expect that relationship to last forever. “

“Especially for a number of baby boomers this shift is difficult to accept. After all, a large proportion of these older employees have started their career with long-term loyalty expectations, they notice that these structures are increasingly crumbling and they wonder whether their experience and talent have any importance anymore.”

When I had reached the 25-year mark (15 years ago) working for a multi-national company, in the Netherlands, in various positions, I was paid a gross salary net extra, received a golden watch, a company party and got 5 days holidays. However, as it happened, I had already set my eyes on a job in Asia and I ironically used the extra 5 days off for an application interview in the Far East.

I got the job (the rest is history) and so my 25 years anniversary party became a farewell party at the same time! I appreciated the rewards but was looking for another job already. I thought 25 years was just enough!

Became my own boss

I did another 10 years in Thailand and then became my own boss, building an internet business. By the way, you can do this too. Do not bother anymore with the corporate jungle, bad bosses, loyalty to the company. What about loyalty to yourself? Join the world’s best internet business support program and work from home on your own internet business. Read my full review of this program here and join for FREE for one week to experience this unique opportunity.

If you have any questions, please leave them in the comment box and I will be back to you within 24 hours.

2 thoughts on “Does Loyalty to the Boss still get Rewarded?”