The Peter Principle is a law in the field of organisational science, formulated in 1969 by Dr. Laurence J. Peter, which aims to explain the poor functioning of 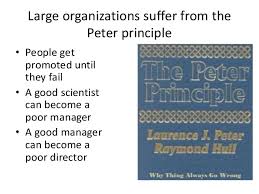 many organisations. Although the principle must be taken with a grain of salt, it is not far off from reality at all. In every organisation you encounter this phenomenon: An employee performs well and has a good career. He gets promoted several times, until he suddenly no longer performs well. It seems like a kind of law … and it is!

Read more and I will tell you what I know about the Peter Principle. I will also give you 4 effective tips to avoid getting into this situation. As a bonus I will give you my best recommendation for staying out of trouble at work.

So, what is the Peter principle?

Why in God’s name is it that an employee ends up in a place where he no longer performs?

Believe it or not, but the Peter Principle works this way: An employee functions well and is successful. As a result, he is eligible for a promotion. For example, the sales guy becomes a sales manager. If this function is also satisfactorily fulfilled, he will be promoted again. The sales manager becomes a sales director etc.

What companies tend to forget is that at an ever higher level other competences are required. What they effectively are doing is selecting a candidate for a position based on the candidate’s performance in their current role, rather than on abilities relevant to the intended role. Peter noted that there is a strong temptation for people to use what has worked before, even 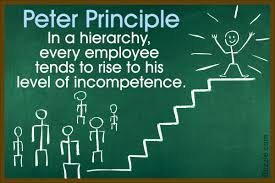 when this might not be suitable for the current situation.

At a certain point in time, it appears that the employee does not possess these competences sufficiently, which means that successive promotions stop. End result: He is in a position for which he is incompetent and he does not perform anymore. This to the detriment of the company.

Peter states that if this process goes on long enough, each employee is in theory in his ‘level of incompetence’. Utimately, if all employees in a hierarchy have reached this level,
the amount of useful work done is zero, according to Peter.

Here are some practical examples of what can happen in those situations:

Sometimes you hear managers sigh after a failed promotion: “I promoted a good professional and I have a bad team leader in return …”. Why do unsuitable people get a promotion anyway? This is because the successes achieved in their previous position are often more decisive than their suitability for the new job. You also often hear “that it is now his turn for promotion …”

How to avoid these unwanted work situations

The Peter Principle can easily be prevented. Before you decide to give someone a higher position, you can use different strategies to build-in the necessary care:

Of course, the Peter Principle is mainly the product of a bureaucratic organisation. Whichever strategy you choose, ensure transparency. The expectations and evaluation criteria must be clear to all concerned. Because what the Peter Principle does not take into account, is that people can certainly develop and learn new competences. It would be a waste of time and money to ignore this possibility.

Could someone be more competent at a higher-level job?

Yes, of course they can and this is where the Peter Principle is not applicable. The general assumption is that management requires a higher level of competence than line employees, but in reality, it requires a set of different 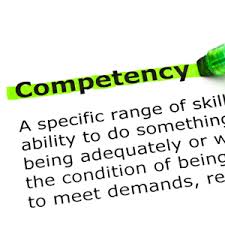 competences than an individual contributor role. Nowadays, a person can be trained and be more competent as a manager than as a line employee. Technology became so complicated that no single manager could be an expert in all facets of a project. A manager has to rely on the technical expertise of many individual contributors. At the same time, a manager must have such diverse skills as coaching, motivating, inspiring, and other soft skills that an individual contributor may not need to have, at least not at the level required from a manager. The beauty is that, as a result, a person can be more competent at a higher position than at a lower one. Even as the top man. This is completely contrary to the premise of the Peter Principle and does give hope for the future.

I can imagine that you do not like to wait for the future or want to leave the hustle and bustle of companies or having your number so manieth of lousy bosses. You would like to have your own business, become your own boss, work from home or all three combined. I can tell you that this is possible at this very moment, no need to wait for anything. You can even start doing this in combination with a regular job.

What I am proposing is that you start your own internet business, scam free and at a very reasonable price, by joining Wealthy Affiliate (WA), the world’s best internet business support program. Join free for one week and you will have a website within minutes, after which you can begin your journey to a successful business of your own. Join a fast growing community, established in 2005, and reap the benefits of the best training you can get 24/7.

I joined myself in late 2014 and I have written a full review of WA, which you can access by clicking here. In case you are interested to experience this unique opportunity as well you can become a member by clicking the link in my review. Any questions you may have right now, please feel free to leave them in the comment box and I will come back to you within 24 hours.