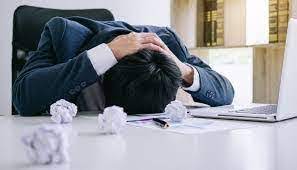 Everyone makes mistakes at work, but some wrong choices are more disastrous than others. In the worst case, such a 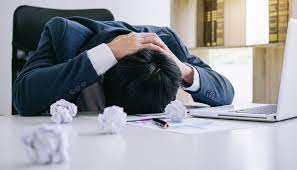 wrong decision costs millions. Or even someone’s life. It’s all the fault of noise, at least this is the opinion of some experts in the business field. Should you be afraid of such errors? Yes, possibly but what can you do? Nobody in the corporate world wants to make these horrendous mistakes, so what is it that can we do about that?

Further up the article, I will give a definition of what is meant by noise for the purpose of this important topic. But what if you are more than fed up with the corporate jungle? Check out my once-in-a-lifetime proposition at the end!

In 1975, some people approach the French oil company, Elf Aquitaine, with a revolutionary device. The two claim to be able to locate oil wells from the air through an airplane. The management and the French government were then investing 400 million in the invention that would potentially wipe out BP, Shell, and Texaco in one big swoop. Only three years later do they open their eyes to the pure scam of the “inventors”. They had zero experience in the oil industry. 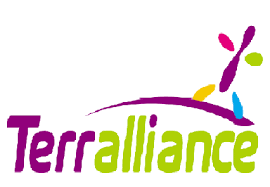 But it gets even crazier: in 2004 start-up Terralliance presented itself with a method for discovering oil wells from airplanes. Major bank Goldman Sachs and most successful venture capitalist Kleiner Perkins put their money into a series of Russian aircraft with applicable and suitable equipment. You can guess the outcome of this.

They are wrong mega decisions that cost a lot of money. Those enormous charades took off as a result of prejudices among decision-makers: we look for confirmation, are more likely to believe people who are on our side or stories that correspond to our own experiences. We want to believe!

People make mistakes and thus even big companies make them. We already knew that most decisions are not made as rationally as we think. The experts recently published a book: Noise, why we so often make wrong decisions, and how we can prevent these.

Making mistakes, the book argues, has two main causes: bias and noise. According to the authors, too little attention is paid to noise. They call it ‘an extra that usually stays just at the outside’. The amount of noise when making decisions is outrageously high, they say.

So what exactly is noise? 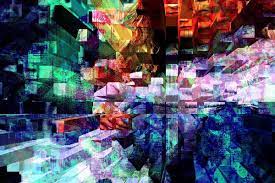 In short, that which causes different judgments that, however, should be identical because the figures and facts are the same, but in reality are not. This happens at a high level, resulting in life-changing mistakes. The best-known examples: doctors who make different diagnoses for the same symptoms and judges who give different sentences for the same offense. But also think of youth care, where children are sometimes unjustly removed from the home. And don’t forget the approach to the corona crisis: the same virus, different measures per country.

They devoted a chapter to performance and function assessments. Because, believe it or not, this is also a source of noise in the workplace. I am a firm believer in that! See here for more info. The chapter starts with a fun experiment: with three colleagues, give three other colleagues grades for committed, effective, and expert work. Then discuss the – probably large – differences and try to determine the causes of this noise. Look at you as assessors (your mood and sympathy for the assessed colleague) and your experiences and observations.

This simple example reveals that reviews are rarely satisfactory. The book estimates that 70 to 80 percent of performance ratings contain noise. To counter this, 360-degree feedback systems have been designed (whereby the employee receives feedback on his performance from several relevant people in his working environment), but the results are not much more reliable. 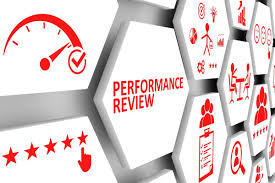 Therefore the authors argue for a ‘relative assessment’: place the different colleagues on one scale from 0-100. For example, for clarity of presentations: Hank at 45, Bill at 54, and Nancy at 64.

This too can go wrong. For example, the 50 or so average doesn’t sound very good, when these people can actually form a team that is the best in the entire company with presentations. Then they are shortchanged with relative ratings. Or vice versa: presentation dupes are given too high a rating.

And then we haven’t even mentioned how time-consuming and costly all those assessments are. For example, an accountancy firm confessed that it wasted an average of one million hours (roughly 500 man-years) annually assessing the performance of its 65,000 employees.

How can you judge better, with fewer errors? For example, by bringing in people who have more experience with the subject or who have a critical view. If you do, you will not only stroke their ego, but you will also feel a lot more comfortable.

What also helps: make the decision-making process verifiable and ensure there is no contradiction. This also prevents groupthink and conformism. Many people (for example in meetings) would rather safely join the dominant opinion than be honest and risk loneliness. “To make a really big mistake, you need a whole team,” the book writes cynically. For example, set up independent “decision observers” and have them ask tough questions all the time. 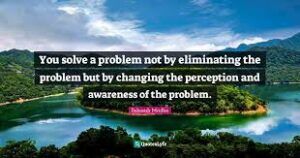 But most importantly, according to the authors: there is no real solution to the problem of noise. The only thing one can do is to be aware of it. Assume that all your decisions and steps in life are highly subject to noise and prejudice. Question your actions and put them to the test. The book calls this “decision hygiene” in response to the inevitable noise. Wash not only your hands regularly, but also your brain.

In reading about this topic, I realized all the more that in any company, you will be completely at the mercy of a few people in management. If they got it wrong, things can really go tits up. This is one of the reasons that I started my own business and so can you!

If you have read about the horrors above and a possible solution and are still unhappy at work, setting up your own business may be an option. Being self-employed has also been shown to offer many benefits.  Research has shown that entrepreneurs have significantly lower incidences of physical and mental illness, fewer hospital visits, and higher levels of life satisfaction.

That latest finding of life satisfaction raises an interesting question: If entrepreneurs are healthier on average, are they happier too? A quick search shows that, despite the uncertainty about starting their own business, entrepreneurs generally report higher mental well-being than people who are comfortable in permanent employment.

Being entrepreneurial makes you happier 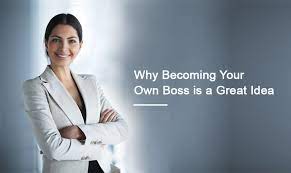 A survey of 11,000 graduates found that those who run their own businesses were the happiest, regardless of how much money they made. Why are the self-employed and entrepreneurs so much happier than those who bank or finance, even though they generally earn less? Researchers feel that control and autonomy have a lot to do with it. Entrepreneurs work very hard, but there is a sense that they are in control of their own time, even if they put in a large number of hours.

The feelings of empowerment and self-confidence that come from entrepreneurship find their way into almost every area of ​​their lives. Fortunately, for those who prefer to work for a boss, there is good news: By keeping their time and destination under control as much as possible, employees can enjoy some of the same benefits as entrepreneurs. So you don’t have to be an entrepreneur to think like an entrepreneur. Whether you’re in a steady job or starting your own business, the most important thing is to discover the powerful mindset that entrepreneurs so often display.

The internet offers a wealth of opportunities to start your own business, you just need to find the right one. I am a member of the best internet support business program since late 2014. They teach you how to set up a successful business by having your own website and promoting the products of merchants all around.

I have made a full review of the ins and outs of this life-changing program and you can access this review by clicking here. It contains a link with which you can become a member for one full week for completely FREE.

2 thoughts on “The reason we make so Many bad decisions is Noise!”