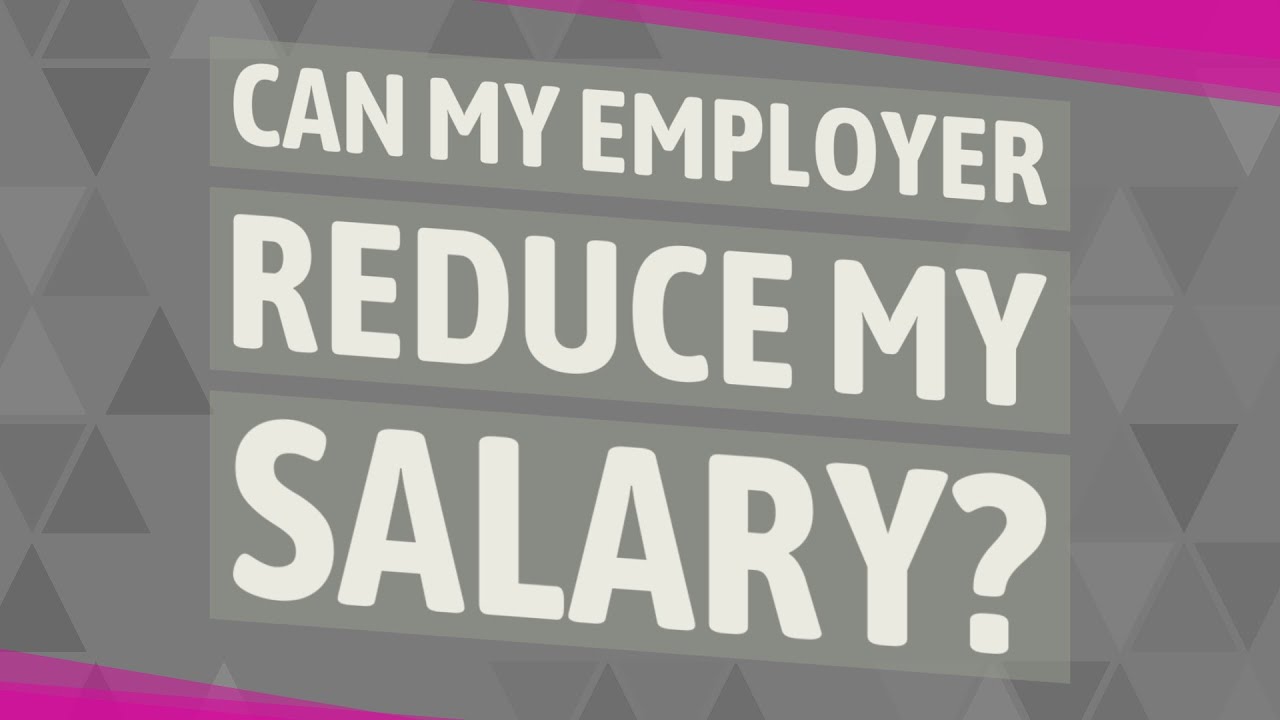 Almost anybody’s wages (not for the “at-will” jobs in the USA) form part of any employment contract and are therefore a very essential element. This applies to the regular wage as well as to the supplements such as the end-of-year 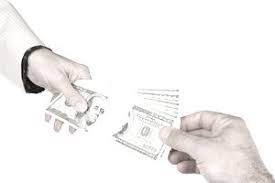 bonus, holiday pay, etc. and the benefits. Cutting wages is more often done in companies or organizations that are struggling.

Prepare for this unlucky situation by starting to make money on the side. How to do that? Check out the last paragraph!

But it is not that easy for your employer to just give you a lower wage. During our careers, of course, we all hope to earn more and more as we gain more experience. Fortunately, most employees see their income grow steadily over the years, but what if the opposite happens and your employer suddenly decides to reduce your salary? Can they just do this or are there limitations? I will go on to describe the situation in Western Europe and the USA specifically.

This is what the law in many west European countries says:

Every employment must be sealed with a contract. Whether that is a permanent contract, an internship contract or a fixed-term contract: you must under no circumstances start working for yourself and your employer without signing a legal agreement. The employment conditions and wage details must be included there, among other things, and these provisions are binding on 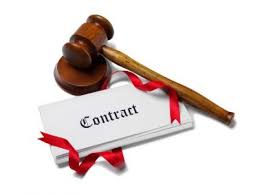 both parties. It is therefore not possible to deviate from this for the duration of the contract unless the employer and employee mutually agree to change the contract.

So good news: since your wage is a fundamental part of the employment contract, your boss may under no circumstances adjust it to his advantage. If he/she wants to transfer you to another position with a lower wage or not, he will have to draw up a new contract for this and first and foremost dissolve the previous one.

If you do not agree with this, he must first fire you and, as is known, this is only possible under strict conditions. However, if you have a fixed-term contract and your boss does not want to extend this, he can offer you a new contract with different employment conditions. But here too, the decision on your wages must be made in mutual consultation.

If your employer reduces your income while your contract is still running, unilateral change will result in termination. In other words, your boss will break 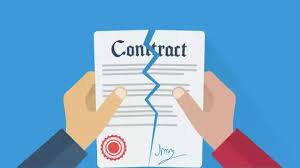 the contract and the employment contract will be suspended immediately. You are then entitled to a statutory cancellation compensation from your superior and you can possibly demand additional compensation. For this, you seek the best advice from your union or an experienced consultant.

Conditions that were added afterward, such as a salary increase or company car, cannot be taken away by your boss.

What about an acquisition?

Here too, the contract that you signed with your old boss remains in force. According to a European directive, CAO 32 stipulates that your new employer may not change anything, regardless of what he/she agreed with your former boss, and even if the new company falls under another joint committee.

In exceptional situations, a court may allow a change of position if this is necessary for the survival of the company. If, however, no new collective labor agreement is drawn up that mentions an adjusted remuneration, such a change in position can only be accompanied by a wage decrease if you explicitly agree to it. Therefore always pay attention when you sign a new agreement!

Your boss has a limited right to make unilateral changes based on his right to custody, but this is very limited. If the employer crosses a certain limit, a judge will infer from this that he actually no longer wants to correctly implement the agreement and that he therefore breaks. The employer then owes a severance payment. 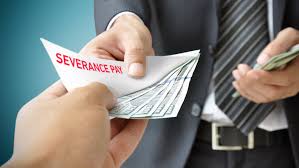 The case law imposes strict conditions to be able to speak of termination by unilateral change: it must be a fundamental (major), unilateral change of an essential (important) element of the employment contract. This distinction is sometimes difficult to make and can best be assessed by specialists.

Please note: paying wages too late will not be sufficient to be able to speak of termination by unilateral modification.

How about the USA and its pay cuts?

In the USA they like to talk about pay cuts. A pay cut is nothing else than a 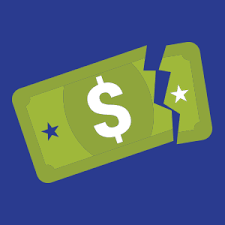 reduction in an employee’s salary. Employers often use as the reason for pay cuts that they are made to reduce layoffs saving the company money during difficult times. In this way, a pay cut may be temporary.

But under circumstances, they may become permanent, and may or may not come with a reduction in responsibilities. Some pay cuts might also affect employees’ raises, bonuses, and other benefits.

When Can a Company Reduce Pay?

In the USA workers are predominantly employed at will, which in practice means that when workers don’t have a formal employment contract or are covered by a bargaining agreement they can be terminated, demoted, change job description (what to do there click here) and have hours reduced or pay lowered at the company’s discretion.
Your employer doesn’t need a reason to cut your pay or reduce the hours you are scheduled to work. Unfortunately, employers can, in most cases, cut your pay or reduce your hours with impunity.

If your employer intends to reduce your salary he is legally bound to give you notice. If an employer cuts an employee’s pay without telling him, it is considered a breach of contract. Reducing salary is legal as long as it is not done discriminatory (i.e., based on the employee’s race, gender, religion, and/or age). To be legal, a person’s earnings after the pay cut must also be at least minimum wage. 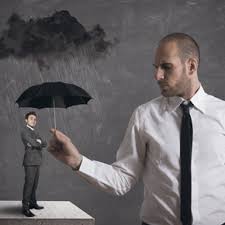 There is also the difference between exempt and non-exempt employees with regards to paying overtime. This refers to  whether the employee is covered by the overtime protections afforded by the Fair Labor Standards Act (FLSA).

Even with a pay cut, non-exempt employees – hourly wage earners who make less than a certain amount per week – are generally guaranteed overtime pay. An exempt employee would be one that met the criteria for not being entitled to overtime pay. This means earning at least a certain amount of money and meeting certain “duties tests (salaried workers are classified as exempt).

Like in Western European countries, workers in the USA with individual employment contracts or protections under union contracts are typically shielded from salary or wage reductions during the periods covered by those contracts. In those situations, an employer cannot arbitrarily cut your pay or change your hours.

How much they can reduce?

If you’re an employee who isn’t protected by a bargaining agreement or employment contract, there is no set amount that you have to be paid. However, employers cannot reduce wages to a level that is lower than the minimum wage in their state.

There is a big difference between the work situations in the Western European countries and those in the USA. People in Europe are better protected than their US counterparts as they will have contracts and unions, whereas in the USA a lot of workers are there at will. 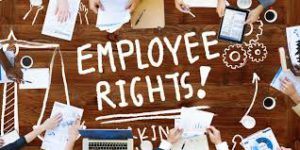 However, in both areas, the employees have certain legal rights, which employers have to stick to.

I think, however, that the workers in the USA are much less protected from getting unemployed than in Europe. Hired at will simply means that reducing salary, changing job descriptions or even getting fired is almost entirely at the employer’s discretion.

Start making money on the side!

For those of you who find this too risky, why don’t you start earning extra money as your own boss simultaneously? You can work from home on your own website in your own time. And who knows you might be able to quit that job in the future.

Possible? Yes with the right support anybody can do it. I have reviewed one of the best internet business support programs and if interested to learn how it works, click here and maybe you are in with a big surprise!

4 thoughts on “Can your Employer Legally reduce Your salary?”