Donald Trump’s White House has been described by some as the most toxic workplace on earth. The term came into the spotlight after a series of conflicts and layoffs. But war at work is not limited to one place only, but present everywhere, in companies all over the world. 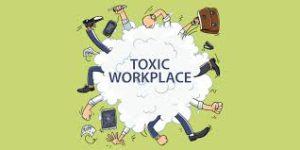 And in the Netherlands, the ZoominTV company was the classic example of a toxic workplace with dozens of young employees in arms until, in the end, the management had to clear the field. You can read the full story of that drama by clicking: https://www.netkwesties.nl/1299/the-dramatic-rise-and-fall-of-zoomin.htm.

The advice is that you better avoid toxic workplaces and for management: you should pay as much attention to people and interactions as to production and results. Sounds easy, doesn’t it? Unfortunately in practice many people one day wake up and realize that they are in a toxic working environment. I will go on to explain what a toxic workplace is, give you characteristics and then give some guidance in how to survive a toxic workplace.

Nothing for you? Why not become your own boss and sod all bosses? See how to really make this happen at the end.

What is a toxic workplace?

A toxic workplace can be defined as performing any job where the work, the atmosphere, the people, or any combination of those things cause serious disruptions in the rest of your life and that is marked by significant drama and infighting, where personal battles often harm productivity.

Sure signs of this toxic environment include but are not limited to:

For you, the victim, these disruptions can result in any number of physical symptoms. These include sleepless nights, feeling constantly vigilant, sweaty palms, and a racing heartbeat. What’s more, a toxic or hostile workplace has negative health impacts that can affect your personal life by damaging everything from your self-esteem to your friendships.

The thing is that even at most sought-after workplaces in the world, things can go horribly wrong between employees and their supervisors. And once the negative spiral starts, there is no stopping it.

Envy, hate and quarrel often begin stealthily, slumbering; from no longer getting your coffee to complete silence, from pecking important pieces to letting the telephone ring and keeping quiet. This will eat people, is at the expense of pleasure and productivity, and is one of the main causes of stress and burnout, absenteeism and departure.

Conflicts can slumber under the skin for a long time, but if sooner or later the wound bursts open, the pus will flow. Shouting and swearing, throwing coffee, or even better with computers and telephones; computer rage has even become a separate sport and can turn an ever peaceful office environment into a war zone. Believe me, this happens.

You have to distinguish between conflicts between a few employees, a fight with your boss, and a toxic working atmosphere that turns an entire department into a battlefield. Toxic leadership is characterized by one-sided management of results, by unethical and disrespectful behavior, by pressure, intimidation and often belittling. A second regularly occurring poison is the 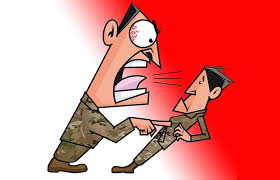 exclusion and bullying. Making fun of people, ignoring them, not inviting them to a party or WhatsApp group. Often kindergarten level, but people suffer enormously.

But childish or not, sometimes a case even goes to court! I am not sure if that will work, as it will not be easy to prove a work environment is toxic. Maybe it would be better to concentrate your efforts on the toxic leadership.

In my long career, I have seen the “most bizarre” conflicts. Shouting, swearing and throwing coffee are classic, but much more frequent and annoying are silence, ignoring, gossiping, falsely accusing, intimidating and making work difficult. These are often long-lasting conflicts. They go out due to long-term illness or departure, or suddenly escalate as an exploding hand grenade.

I know the example of farewell party where the colleague gets a slap in the face in the presence of the partner. Embarrassing or hilarious for outsiders, but it can continue to haunt the entire retirement time of the victim in question.

The consequences of a toxic working atmosphere

A bad working atmosphere can make you feel pretty bad. A poor working atmosphere means that people feel less at home in their workplace. As a result, they start to perform less well and dare to come up with good ideas less quickly. These employees feel trapped at their workplace. They will also be more inclined to work less hard. Anyone who feels at home in his or her organization is more likely to be willing to go the extra mile.

Have you experience working in a place with a toxic atmosphere? Please share your thoughts in the comment box.

What to do? As a manager: certainly give as much attention to people and

interaction as to production and results. Reduce the sense of competition, especially within your team and organization. And also reduce uncertainty, because insecure people are looking for a way out and for victims. Ensure good occupational circumstances: emphasize clarity and openness, an atmosphere of listening and well-being. Leaders account for cooperation, atmosphere and research into work experience, so the process takes precedence over results.

Be straight and hard

And do not hesitate taking hard measures. Managers change jobs in time and dare to say goodbye when they cross the line. It is often the courage against cowardice. Here is a good example: the Dutch women’s water polo team at the 2008 Olympic Games in Beijing. Coach Robin van Galen dared to send a star player home who spoiled the atmosphere. And the team still went on to become champions. Those are powerful signals that prevent toxic consequences.

Confrontations and tensions are good and bring you results. But you must give people the feeling that they are in the same boat together and that they need each other. Then you can start the conversation about becoming better and better.

What if the working atmosphere cannot be improved?

Sometimes there is already a horrible atmosphere in the workplace and the tension has been around for a while. In that case it is important to find out as quickly as possible the causes of this unpleasant working atmosphere. For example, is there a lot of sick leave? Then it is important to investigate why this is happening. You can do this by having surveys completed by all employees of the organization, but it actually works better to actually start a conversation. A good supervisor ensures that he or she is always in conversation with his or her employees. When a supervisor is open to questions or tips, employees feel heard. 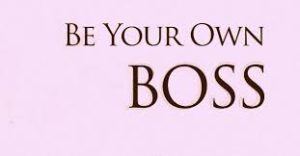 listen? Then one thing is for sure: you will need to take action yourself, either by looking for another job or even better by becoming your own boss. In latter case I can direct you to one of the world’s best programs in support of your own internet business.

You will be trained and supported to start your own internet site and have your own business by promoting products of other merchants. You will be doing so, without holding stock or without having to buy the products. Guaranteed scam free and very reasonably priced, you will get the chance to become a member for one week completely free. How to do this? Well, you can read my personal review of this program by clicking here and you can use the link given there to sign-up.

4 thoughts on “How to survive a Toxic Workplace”