My assertion here is: We should get rid of performance appraisals! And I am going to prove why. 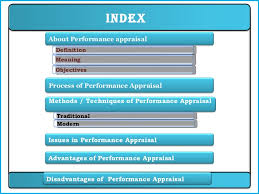 employee’s performance, and in addition, the employee will positively welcome it. Nothing can be further from the truth.

In my 36 years of being an employee I have seen nothing constructive about an annual pay and performance review.

I am quoting Dr. Culbert – Professor of Management who is very clear in his criticism:

To my way of thinking, a one-side-accountable, boss-administered review is little more than a dysfunctional pretense. It’s a negative to corporate performance, an obstacle to straight-talk relationships, and a prime cause of low morale at work. Even the mere knowledge that such an event will take place damages daily communications and teamwork.

The alleged primary purpose of performance reviews is to enlighten subordinates about what they should be doing better or differently. But I see the primary purpose quite differently. I see it as intimidation aimed at preserving the boss’s authority and power advantage. Such intimidation is unnecessary, though: The boss has the power with or without the performance review.

I have personally come across a lot of negatives and I am giving you my take below, again greatly inspired by Dr. Culbert, you can read his essay here.

I am giving you a perfect way out of this circus, by giving a once-in-a-lifetime opportunity to make money on the side. Check out my last paragraph!

From my own extensive experience, I know that most performance appraisals take place once a year and at the end of a year or the beginning of next year. You just see bosses get more and more uncomfortable as the time comes and more often than not 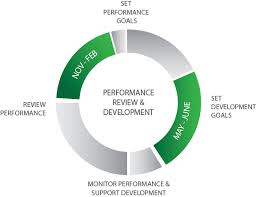 these reviews will only be finished in January, leaving the employee in total uncertainty about their new salary until the end of that month.

Why is this evaluation only done once and that late? If the review needs to indicate where the employee lacks in capability or needs to enhance the performance, why wait until the end of the year to tell them, when it would be too late to remedy anything?

Is it not in the interest of the company to supply clearness to people involved at the time needed? Oh, this person is not performing up to standard, but I will wait until the end of the year to tell him/her. Yea, right!

What do you think when you enter into a yearly review? I bet it is about how big a salary raise you could get and your career development mostly and maybe about how you can do even better and you hope you can do this in a constructive evaluation with your boss. You think that everything you do or say will affect your pay rise and you are prepared to negotiate about it. 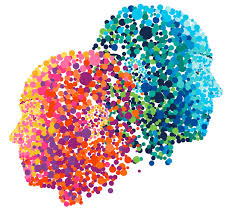 However, your boss comes to the table with a different mindset. He knows he can only give you so much or even has to tell you to wait until next year. He wants to talk about your relationships with other people and how you interact with them. He has missed opportunities in mind and spent time finding out where you lack in skills.

Kills off any discussion

Knowing all this any constructive discussion has been virtually killed-off beforehand! This is exactly how I experienced having a try at a mutual dialogue and found it was utterly impossible. Now I know exactly why, but right then it was more of a nuisance, with the predicted outcome of me asking myself: why am I wasting my time here!

Indeed I have been at a point, where I told my boss just to skip the whole circus, not knowing that my boss would be in some (minor) trouble. He then “threatened” to send me to HR or to put a warning in my personal file. Imagine what good this will do to your relationship!

No link between review and pay

People go the performance reviews having the illusion that right there and then or as a result of the outcome of this review, their salary increases will be determined and that anything is negotiable. From personal experience, I know this to be far from the truth. Whether you will get an increase in pay or not has already been predetermined by your bosses directed by the company’s policies and market expectations for the next year(s).

Make up a story

Your boss has then to come up with a credible story which ultimately leads to a salary change/promotion or not. To support your boss in coming up with a credible story, a performance appraisal is a great instrument, as it will give your boss almost all the firepower he needs. Believe me when I am saying that a boss can come up with a thousand reasons not to promote you or not to increase your salary, even if you are entitled to both.

What defense do you have if your boss says that you are not pro-active or not enough pro-active? I will tell you straight away: none whatsoever! Or this one: HR policy is that we have to keep promotions company-wide at a minimum this year, we will see next year again. You will go to HR? Ha, ha, good luck! Read here why HR probably will not help.

All companies claim that performance appraisals have to be or even will be objective observations by the boss. If this is true, then given time, my reviews from two different bosses would be in agreement on the big points of my evaluations and only slightly differ on minor points. In reality, when two different bosses evaluate you even in 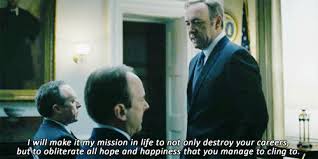 consecutive years, more often than not they contradict each other in many ways.

I would submit that an evaluation given by one boss in two consecutive months may greatly differ, depending on the person’s mood and or what happened in the time just before the review.

I have seen that people got a favorable review just because they had a successful undertaking just before the review, never mind their under-par performances at the beginning of the year. As a matter of fact, I have watched people use this phenomenon, by doing the bare minimum in the first part of the year, then increasing their efforts greatly in the time prior to the appraisal.

What about this beauty!

Your boss tells you that he has a certain opinion about you, which usually is not very favorable and may not be his real opinion, but to support his lame and weak view he claims that he has had conversations with other people in your workplace, who told him the same. And no, he cannot reveal who he has been talking to, they are to remain anonymous. In my thinking, this is the most cowardly attitude I have ever encountered.

Use measurements with the same standards?

No two people are the same. Every individual comes with his or her personal characteristics, flaws, competencies, capabilities and other features. Some need more support than others; some ask for guidance, some want to work by themselves. Like when having more than two children of your own, every single individual still needs a unique approach. 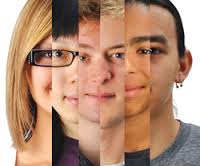 The performance appraisal does not make this distinction between people as in all cases it will be the same dull summary of points against which different people’s performance will be evaluated. It asserts that people have a certain competence and does not focus on what employees are competent to do. This structure supports the boss in looking at similar entities rather than unique individuals.

Many bosses seem to have a much-distorted view of teamwork: his people are the team and he will tell them exactly what to do. Thus the boss has effectively placed him or herself outside the team. A performance review amplifies this status by giving the boss all the power and an employee is at the mercy of their boss’s mental state at the time.

Instead of asking how they can improve their teamwork, the boss focuses on how that particular individual can improve his or her activities!

A performance review is the boss’s one-sided view of the employee’s performance and whether his performance was under par or not present, does not get into the equation. If an organization can run effectively only on well-established one-on-one relationships between bosses and each individual in their staff, then performance appraisals undermine these relationships hugely.

Employees will never feel they can speak their minds to their bosses, consequently leaving bosses in the dark about their staff.

Isn’t it said that this yearly carousel of evaluating, reviewing and rating is to contribute to enhanced employee’s performances and thus a better corporate performance? Well, what I have experienced myself and saw in others around me: oh my god, this circus again, they know already what pay rise they can or cannot give you and are now 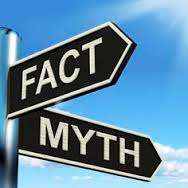 directing your appraisal towards its predetermined outcome anyway.

I know what effect this has on people’s spirit, motivation and they might even become cynical. What I also saw is that your initially highly-rated boss conveniently and willingly follows this procedure, goes by the book, hides behind the rules and is just left like a mere manager or less (certainly not a leader!). As a consequence of that people start losing their faith and or respect for their boss or even the company.

I could not help but conclude that by creating such an atmosphere, you really are not going to get the best out of your employees. Their attitude might become one of ‘yeah right’ when your boss comes with another of his great ideas to move forward.

Instead of creating a nice working environment, where people love to go to every day, they have initiated one of the hidden agendas, people working for themselves, doing their jobs like robots and doing just those things that will help them survive, barely.

I do not think that a company, any company, will benefit from this kind of “working” attitude.

For those of you that have never experienced anything untoward with these processes, this might just be a warning to stay alert for the future, because not all bosses and companies are the same. I can assure you that there are people out there who never encountered these problems.

I will keep fighting this!

For the majority that unfortunately has been faced with one or more of the facts as mentioned above, I would say that you will certainly not be the only one out there nor the last ones. On the positive side, many other people like myself, have expressed their criticism on the process of these reviews. Some companies have already re-thought their management of yearly pay rises and how to do this in the interest of all parties, however, most other firms need more convincing. As with all good things they will take time, time which you may not have! Read here for an update on the current situation.

Fed up with this circus?

Remember that there is an excellent alternative to this misery and that is to start working for yourself and make sure you get the benefits of your works and not somebody else! Just start working to be your own boss, enlist for a free trial through the link in my review in the best program available, which is Wealthy Affiliate. See my personal review here.

6 thoughts on “Performance Appraisals – Why People Hate Them”