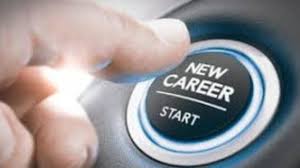 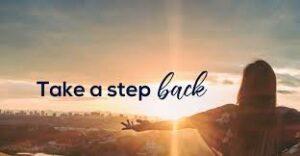 Just let me ask you this: Do you not constantly have the feeling that you have to keep moving up the social ladder? And if you don’t, it will feel like a failure? Strange, because how realistic is a career that only goes up for forty, fifty years?

This is a striking example of what not to do and also read why taking a step back in your career is not a letdown but more like a way to more happiness.

The other way out is to become your own boss and I will show you this unique option at the end of this article.

Inez (44) had a ‘super fun job’. “I worked for a large publishing house and supervised authors in their writing. I really enjoyed it and found a lot of challenges in my work, but the thing was: it was never finished. Therefore, I mostly read the manuscripts in the evenings and weekends. It was difficult to keep in balance and this went on and on.”

Of course, she went on to suffer burnout and when she even ended up in hospital somewhat later with pneumonia and was on her last legs again, she knew that something was awfully wrong and she had to change. She now works for two and a half days at a bookstore and in the rest of her time, she makes illustrations for books, magazines, and private individuals.

“As a child, I drew a lot and I always thought: when I’m retired, I’ll have time for that again. When I had to rest during my burnout and picked up painting landscapes, I noticed again how happy it made me. I thought: why do I have to wait until my retirement to do what I love to do?” 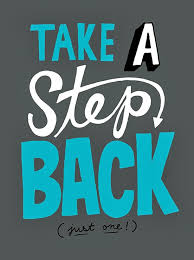 This courageous career switch meant a significant step backward in income, but at the same time, she feels ‘calmer, healthier, and stronger. Statistics from 2018 show that almost 1 in 25 employees has taken a step back in the past two years, but it is not known how many of them made that choice voluntarily.

Although demotion is not a rare phenomenon, it has a negative connotation for many people and it feels like a letdown. It is ingrained in our culture that you continuously move up the social ladder.

If you change your position on LinkedIn, your connections will automatically receive the message that you have been ‘promoted to…’. Apparently, it can also be a step back.

This is another example. Everyone knows in sports that you can’t always deliver top performances. Top athletes’ careers last no more than ten to fifteen years. Then, isn’t it remarkable to expect someone to stack success after success in a career of about forty or fifty years? That’s just not possible.

Here we can refer to the Peter principle, the theory of professor Laurence J. Peter. Read more about this principle in my article here. One of his quotes is: ‘Nothing fails as much as success’. Now it is often the case in organizations that when you function well and are well positioned within a company, you are in principle promoted. But there is a limit to your abilities. If you are strong in content, for example, it does not mean that you are also a good manager.’

In that case, someone reaches their level of incompetence. “You see two things happening at companies: or people are trying to train someone with training. Or you will be written off. But why not return to the old position in such a case, possibly with a more extensive range of tasks? Wasn’t he good enough to get promoted?’

Five years ago, his hectic, busy job as an account manager became too much for John (62). “I worked long days and had a lot on my plate. When you get older it is possible that you break down at some point. After being in a bit of a tense situation, I was fed up. I then indicated that I wanted to go from five to four days.” 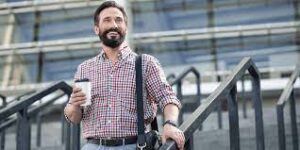 This was not possible in John’s current position, so he moved from the ‘outside service’ to the ‘internal service’. “That means I don’t see any customers anymore. I thought: my job is going to be a lot more boring, and that’s true, but on the other hand it does give more air.’

John is happy that he has taken the step. ‘Contractually, I only started working four hours less, but in practice, it is about twenty, twenty-five hours. I no longer open my laptop in the evenings and weekends. I have more free time and less stress. However, he did not get as much job satisfaction as before and took early retirement.

These cases happen often. The research conducted into the consequences of demotion showed that a step backward does not have a positive effect on most employees. Demotion is often the result of health reasons or because positions are lost due to a reorganization. Unfortunately, what you see on average is that after a demotion, people are less satisfied with the content of their work and that their health does not improve. 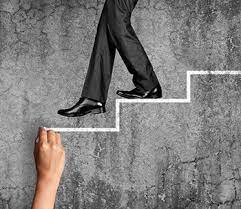 A big factor in this is that a demotion is often imposed. No distinction is made between a forced and voluntary step back. It is often a painful event; someone usually receives a lower salary and the job is less respected.

While: if a demotion is handled differently, if it happens in good harmony between employer and employee, it can be a nice form of personnel policy.

It can be nice to adjust your work in a way that suits your life at that moment. It only stands or falls with good communication. It must be clearly agreed that the position can also be adapted again in the long term. And just because a job is lighter, doesn’t mean it can’t be challenging.

A step back can ultimately also be a step forward. Sometimes people have gradually gotten on the wrong track. Demotion can then be applied to master another specialism. By entering from the basics, you can gradually grow within that field.

That is how it went with the 34-year-old Jocelyn. She had been working as a consultant for a large recruitment agency for ten years. Earned well, had a nice lease car, and comfortable working conditions. But more and more she could no longer find herself in the path she had taken from the age of 17 when she chose to study commercial economics. “I wanted to do something different. But what, I hadn’t figured that out yet.”

The lady decided to follow a course with a career coach. ‘After about five conversations, she asked: which company would you like to write to first? I had to choose something that was close to my personal interest.’ Music lover Jocelyn didn’t have to think long about this: it became the pop stage scene and it immediately turned out to be a bull’s eye.

She was initially allowed to work as an intern and could thus look around the various departments. “From marketing and production to reception. I’ve tried everything. I was 29 at the time and the advantage is that you already have work experience and are taken more seriously. I immediately gained a lot of confidence.” 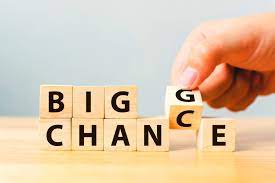 It was an exciting choice to break the recruitment agency’s golden chain. ‘You suddenly have a blank page in front of you, while it is normally filled in. That makes you insecure, especially if you own a house, but I am proud that I have made the step.’

She now works in the ticketing department and also does freelance jobs for festivals. “In terms of financial resources and working conditions, I have to make do with a third of what I had, but I have now arranged my life in such a relaxed way that I am happy with everything I do almost every day.”

So, you see that taking a step back can be very much to your advantage and make you a much happier person, having more time for your family.

There is however another way of stepping out and that is to become your own boss. Yes, you can be your own boss, even working from home, using the internet to be an affiliate marketer. It is possible for everybody and you can start this next to your job. Read all the details of this awesome opportunity in my full review of this program by clicking here.