Today is not world animal day but this will be about the animal in us. Usually, we love all animals, especially on World 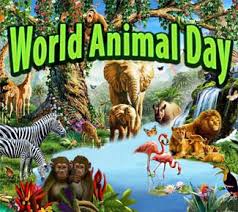 Animal Day, but sometimes we act like one. Do you want to see a reptile walking around in the workplace as one of your colleagues? A python has one partner only and the rest is allowed to die. Sometimes a colleague is so under pressure that he falls into his elementary, animal alter ego. The beast below the surface comes out.

Animals are among us

If you hate animal behavior on the work floor then I have an epic recommendation for you right at the end. You will work from home and become your own boss.

Now, watch out for these 10 animals and their behavior on the work floor!

Watch out if it’s a lion (often your boss). A lion responds to threats (you may want to take over his job) or if he is hungry (you provoke him by taking unnecessary extra days of sick leave or always being late for the department meeting). The lion is a proud animal and does not want you to damage its positive image. In itself he is a stable person, nevertheless, he is not afraid of confrontation. First, he will roar (warning), then he will chase you systematically and bite you through the throat. It’s a predator, don’t be fooled!

Never underestimate the meerkats, those cute little animals looking out over the African Savannah on their hind legs. Hyper nervous they are mainly busy protecting each other. The human meerkat is therefore extremely conflict-avoiding, with an unstable unpredictable character. You recognize him 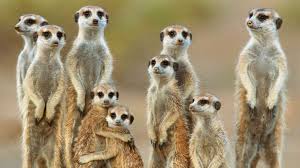 because he gives very weak handshakes. He prefers to remain vague and never takes sides in a discussion.

At the end of a meeting he suddenly disappears, he would rather stay in the background as a spectator. His influence in the office is therefore indirect, he keeps his opinion to himself. Danger: if something goes wrong, he will always blame you. He is hiding in his hole and waiting for you to be fired.

Rats prefer to stay in the twilight. As mini Machiavelli, they control the game of congregation and conspiracy. Is there a dark affair with vague budgets, unnecessary cuts, or works council fraud? The rat is always involved. There is no point in fighting this colleague, this fertile animal constantly generates an extremely large number of offspring. His / her specialty: recruiting supporters to achieve the victory.

If that benefit the company? Beautiful, but not necessary. The goal justifies the means, the rat knows. One secret weapon against the ruddy colleague: they are animals with big egos. Brush them for about fifteen minutes every day during the coffee break, and they will do you no harm.

At first glance, the elephant with its massive statue appears to be a calm colleague with a high cuddling factor. A mountain that you can lean on. But elephants are frightened by the smallest mouse, run away from it, and mow 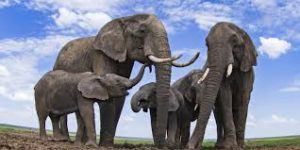 everything they encounter in their path. Emotional animals with, yes, elephant memory. Unpredictable, noisy, and revengeful.

During meetings he kindly lets everyone express their meanings and have it their way until he notices that there is no time left for the most important topics. Then he gets irritated, clings to one issue in a panic, and tramples the rest in his course towards that end goal. Prevent such crises and realize that if you annoy him, he will present the bill much later in revenge.

The crocodile has been around for 150 million years and this smart, cunning colleague will not be surprised by you quickly. She knows everything that is going on in the office. She usually hatches her plans in her office. She avoids fights, so her sparing attacks come unexpectedly. Between two meals you can approach a crocodile, but even then she is not waiting for your criticism of her plans. They arrange your dismissal at lightning speed, without unnecessary blood spatters.

We have known brown Capuchin monkeys for centuries as organ grinders. Capuchin monkeys are extremely manipulative and especially good at tasks that use their tendency to hammer things. Carrots, onions, or oysters: 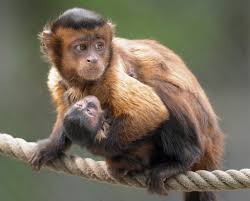 everything is crushed. Capuchin monkeys seem to be in the best mood when they are busy. You recognize Capuchin monkeys as a colleague because they are hyperactive, hyper manipulative, and not afraid of anything.

Most important tactic: make sure they always have something to do. Bit repetitive no problem, as long as they can mess around. Let them reprogram your software because they don’t mind making mass errors, they rarely give up. They are doers, not thinkers.

Snails are ambiguous: male and female at the same time. Perfect for The New Office, where gender-neutral is the norm. Just by the normcore clothing, you recognize the snail. With his feelers, he makes elegant contact with colleagues. At a young age, they are curious and energetic, later change that attitude and they rest in their house. Green snails taste great, you can always eat them with skin and hair. The biggest danger is their slow pace. They promise to take over your task – and they really mean it – but the delay is inevitable. If you are on a deadline, avoid the green snail.

With their eternal smile, dolphins look like everyone’s friends. Always in for a party, wagging its tail through the water, jumping through a hoop. They do 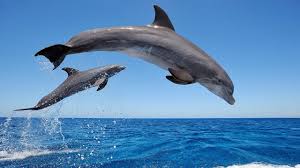 what you say, snapping. But beware. Appearances are deceiving. Although dolphins are super social and playful, they are always willing to help other dogs. But they are also killers who are miserable.

Initially, there is nothing wrong, you are new to a company, they are the ones who take care of you during lunch. You will be tested whether you are a player. If you do not appear to be satisfied, you will be dumped heartlessly. Enjoy the pink introductory weeks and then switch to the company of other colleagues.

This constricting snake is a very cool customer. She moves quietly through the corridors, she does not worry so quickly. She prefers to retire to her own cubicle. When her performance is under discussion, she curls up in a heap. Be aware that in talking to her, she can’t stand criticism. That is why she opts for one partner, both in work and in private life. Her buddy can get everything done from her. If you are not one of those, you will not be important.

Pythons are very unconventional and picky. Only what fits right up their alley is accepted. Having lunch with the python is also a test because this functional anorexic beast opts for one type of rodent, which is then strangled. The suffocating embrace of the python can initially appear warm and sympathetic, but the snake has only one partner and the rest is allowed to die.

The grey red-tailed parrot is proud of its gray plumage and red-tailed feathers. They are excellent talkers with pleasant voices, they can imitate their chef 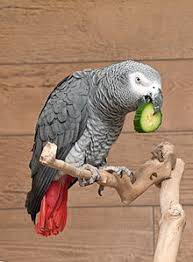 perfectly. Funny enough, they can be shy and see which way the wind blows. Pour in a few drinks, and they will make it an unforgettable afternoon. Yet this parrot is not always a great colleague, because perfect imitation also means talking behind your back about what you have revealed in confidence. The grey red tail has no secrets, so skip that unnecessary cocktail in the presence of this unwanted squeaker.

So, I hope you have enjoyed this little journey through the corporate jungle. Now you know why many people talk about it that way! Right now I can think of two more animals that I could have added to the list, hyenas, and bloodhounds, but I may be reserving those for exposure at a later stage.

What is your experience with animal-like behavior on the work floor? Which animal is by far the most dangerous to you?

If you have not enjoyed this article, because you are too much bothered by animal behavior, then it is advisable to do something about it. Maybe talk to the people in question, maybe get HR to do something, or have a conversation with a manager. Change jobs maybe? Very scary for some though!

What about becoming your own boss and doing so next to your regular job? Work from home, use the internet, have your own website, become an affiliate marketer and start making money on the side. Doing so is 100% scam-free, with excellent training and support. The beauty of this is that everybody has the possibility to join and become successful. From my own experience, I have described this world’s best internet business support program in my personal review which can be accessed by clicking here.

4 thoughts on “Beware of Animal behavior on the Work floor”