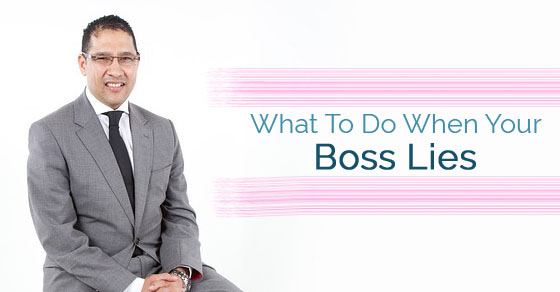 I wonder if you recognize this situation. Your boss seems to have very different things to deal with at work than you, even whilst you sit in the same room! Yet, in talking to him, he denies these things ever happened. 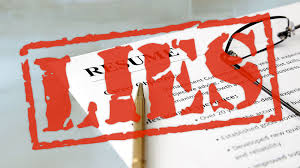 Or are you more familiar with this. One moment you are in complete agreement with each other in a meeting and agree on the planning of a project. A week later you remind him, and then it is a totally different date according to your boss.

It looks like you just cannot trust him. He turns every truth so that it suits him best, which gives you a very unsafe feeling like a promise was never really hard. And you even begin to doubt yourself. So, what do you do when your boss lies to you?

Fed up with your boss too? Start preparing your escape route by working from home at your own business. Check it this life-changing opportunity in the last part!

Why does this happen so often?

The cause may partly lie with yourself when you misinterpret your boss and overrate what he is saying. It could also be that he twists facts that can be caused by his anxiety and uncertainty about decisions he has taken. Or the behavior may be purely instrumental: he has discovered that he can better achieve his objectives in another way and it has nothing to do with you personally. As a result, it may be that you are going to see your boss as someone who only has eyes for his own purposes.

An example: “No, you wanted this yourself!”

John works as a designer at a multimedia company where games are made. He and his colleagues are really pushed to follow a Project Management course, while the organization still is not quite ready for project work. But because it is in this year’s training budget, it still needs to be done in that year. John obediently follows the course but 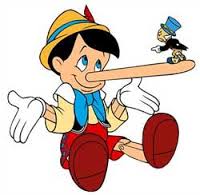 experiences, as expected, that he cannot apply it because other departments are not yet lined up for it.

Thousands of dollars plus a lot of time and energy wasted. If he is saying anything about it, he hears from the boss: “No, that’s not what happened, you did not have to go on this course immediately. You wanted this yourself.”

Another more personal example is that John temporarily felt stressed, after an extremely difficult project in which he had to adjust a lot of work of others. Before he goes homesick, he has a conversation with his boss. The boss claims that he saw this coming for a while. When he asks why he has not previously talked to him about it, he says that he was about to do that. Yeah, right!

And so the working relationship between John and his boss cooled off so to speak. Now that he is back at work, he avoids him as much as possible.

Turn your problem into an opportunity

What should you do with this? It’s hard or really not done to tell your boss that you think you cannot trust him. It also makes no sense to pursue any matter in which he twists the truth and pesters him until he gives in to you. It 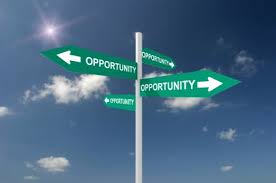 simply is not going to happen and he might become very annoyed at you.

But you can do something about your own sense of insecurity.  The need for security ranks high on the list of work motivators. It is more important to you than, say, appreciation of others to get motivated to do your work. An achievable goal for John would be:

I see my boss as someone who only has eyes for his own purposes and therefore I need to take great care when making arrangements with him that are important to me.

Put on your cool glasses

You can definitely develop a different set of feelings when you start to see your relationship as purely instrumental. What do you need your boss for exactly? Should your boss prevent you from having a nervous breakdown? Do you need him to account for his spending of the education budget to you? Why would he? Let go of all this!

If you cannot set up a different pair of glasses or your boss’s unreliability surpasses all limits, your goal should be: I will have another job within three months!

Why is a boss unreliable? Often there is simply human powerlessness behind it. Examples: the shame of a wrong decision, 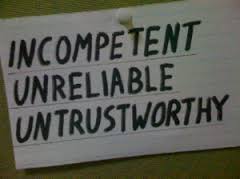 lack of courage to untie knots, hesitation and uncertainty, fear of a wrong answer, and also the desire to evade responsibility and to shift it onto others.

‘Unreliable’ is a very tricky label. So stop asking yourself why your boss is lying and deceiving, because in that way you can bring no change about.

What you call unreliable depends greatly on the standards that you apply to the behavior of others. For one guy, a boss is already unreliable if he has forgotten what he once said. The other staff member laughs and thinks ‘how stupid that he has forgotten’ and only after the tenth time does he suspect there could be evil behind. Your boss will absolutely not think he’s unreliable. “He has just interpreted differently from you, from his own frame of reference”.

How the behavior of your boss can be labeled depends totally on your expectations of his behavior. This is the same as your need for safety and security. Can a boss never make mistakes? Can he decide to never react when it’s more convenient to them? Should he never seek a stupid excuse for a mistake? Should he take care of you and justify his policy to you?

And how far does your need for security go? Does this apply only to agreements he made with you, or do you also 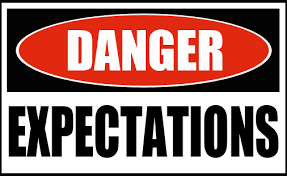 notice how he deals with your colleagues and takes in projects for which you have no responsibility? And how far does your sense of responsibility go? Before you accuse your boss of duplicity, you better put your own needs on the back burner.

Now, do not think that the boss’s conduct is always right. And your boss is actually a very nice man who tries hard, but sometimes makes a mistake.

Of course, there are bosses who knowingly twist things to right themselves and obviously, this is reprehensible behavior. But see it as something that is part of his personality and his personal goals. Try not to take things personally. Of course, you can continue to find him an ass-hole, but you will still have to work with him.

To conclude remember this:

Refer to the relationship as something cool

Strive to see the relationship with your boss as purely instrumental. He only needs to give you the tools and support that enable you to reach your goals. There are always very concrete things you can do, which you also can put on paper. Try to make firm commitments. For example, how much work should you be done, when and how much time you get? Be very specific.

Write down each important commitment

So what do you do? You can tell your boss: “In order to work properly, I would like to make very specific agreements and register them with you.” Many bosses will react with: “If we do this informally, you will not remember our agreements”? This is something you can easily parry by applying this to yourself and saying that you are afraid that you cannot exactly recall all commitments if they were not recorded.

The best thing to do is to give feedback, for instance like this:

If I cannot ask you any question if you give me an assignment, then:

It is ok if you show something of your feelings, but it should still be businesslike and not be too soft.

You have done all you can, followed all procedures, even went to HR (always tricky, read here), talked to the boss of your boss, but the situation did not change or changed for the worse. Time to look for something better! Go to another department or change companies or better yet start your escape route! Become your own boss!

Sounds easy to say, but how to do that? Well, the internet offers you a ton of opportunities to make money online and by working from home. Sure, you do not want to be scammed out of your money, so why do you not join the world’s best support program, Wealthy Affiliate, there is? Have your own website promoting products from other companies, receiving commission; it is all possible and you can join them for a one-week free trial through the link in my full review. See all the details in my full review here.

Let me know if you have any questions and I will respond within 24 hours.

4 thoughts on “When the Boss Lies to You”