Belief it or not, but one in six workers is a victim of ‘bossing’, being bullied by the boss, according to research in various areas. Even more remarkably, it is chiefly productive employees that are the subject of bullying. I am trying to find out why this is and will come back to this at a later stage. 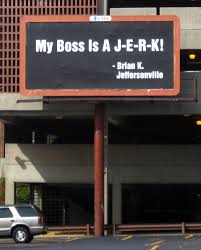 Especially in a time of economic downturn some managers will turn to bossing. They hope that the employee himself will resign, so he will not need to bother with severance pay and thus will leave the company in a cheap way. In practice, however, many victims might come to stay at home with a burnout, with, depending on prevailing labor laws, possible high costs for the company as a result.

An on line survey of targeted workers found that they put up with the abuse for an average of 22 months, before doing anything! This might be too long. Personally I would like to prevent having the mental issues as a consequence of bossing (or any tricks of the boss for that matter). Ending up with a burn-out is one of the worst things that can happen to you and you could be scarred for life. So please read on and you will learn about bossing and how to deal with a bullying boss. I will finish with offering one of the best ways to start for yourself. 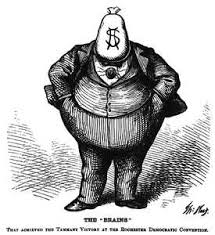 Bossing is the German invented term for bullying by the boss. Previously, the term mobbing was also used for this phenomenon. Mobbing, however, is about the bullying of one person by a group (e.g. colleagues), while bossing is specifically about bullying by one person, in many cases the boss.

Bullying is a form of abuse which carries tremendous health harm and that is how you distinguish it from tough management or any of the other cheesy ways people use to belittle it. Research suggests that workplace abuse is linked to stress — and stress is linked to a laundry list of mental and physical ailments, including higher body weight and heart disease. And yes, even suicides have been reported!

Sometimes bossing is motivated by economic reasons, jealousy, the manager feels threatened by the employee. 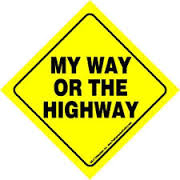 Bossing can also be stimulated by feelings of hatred because the employee is different from others. It may be about performance, competencies, education, beliefs, ethnic origin, color, sexual orientation, disability, social disability, giftedness or age. Sometimes the bullying manager can “just” be a power-hungry dictator or someone who otherwise has a problem between the ears.

Experts have summarized their knowledge about bullying at work and concluded that there are seven types of bossing:

If you spend your workday avoiding an abusive boss, who is not greeting you, or if you are eating lunch alone, or because you’ve been ostracized from your cubicle mates, you may be the victim of workplace bullying.

2 Making the work unpleasant or impossible

Deleting files from computers, not passing on important calls, scheduling meetings so that one person cannot make it, manipulating individual’s work performance, diminishing his work, giving someone only trivial work or things he does not like.

Mocking is difficult to deal with anywhere, but the problem is even more apparent at work.  Ridiculing a person’s appearance, behavior, way of talking or walking or sexual preference is an action that can damage your self-esteem, job performance and reputation.

Spreading rumors about a person in order to paint him black and harming his reputation. You might want to find out if he is doing it on you alone or on others as well.

Perform many appraisals and always being dissatisfied with work well done, threats of dismissal. Many workers eat a lot of this kind of intimidation from the higher-ups as they struggle to make their way in the business world. While some negative enforcement is a typical business practice, there is a line that bosses should never cross. You should never feel threatened in your place of work, whether physically, emotionally or financially.

In solitary cases this takes the form of locking someone up, pushing or hitting the victim. This behavior or even the threat to do so, when clearly proven, will be the ground for dismissal of the person in question.

Sexual violence in the workplace can be divided into three categories:

Given the working environment, the power or intimidation of a peer or supervisor or the sensitivity of the workplace environment can make sexual violence common in the workforce. Pressure to engage in a sexual act against his or her will unfortunately happens as too many employees fear the loss of their job or other retaliation by an employer if they refuse sexual violence.

What to do about it?

For intimidation 1-4 you should find out whether it is only you that has the issues. If this is so, then you might confront him with it, by organizing a private conversation. Ensure that you have all the facts right and do not start by accusing him of anything. Rather create an atmosphere where the two of you can talk business like (certainly not emotional), so that any misunderstandings can be avoided. In this way you will give your boss a chance to explain himself clearly and you will give yourself the chance for a way out. At the same time you may have to accept that there is no future for the two of you and take the consequences.

If he does these practices on others as well it is better report him to his boss or the management. If your 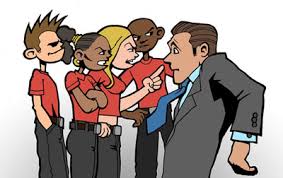 management does not tolerate this kind of behavior the manager gets reprimanded and things should normalize or he is on his way out. If they do nothing about it for whatever reason, then you better be on the way out. Believe me; this is much better for your health and possibly for your career.

You think of going to HR? Think again. Human Resources has no power or clout to make senior management stop, as without the laws, they’re not mandated to make policies, and without the mandate, they don’t know what to do. I have described in detail the issues with HR here.

As to numbers 5-7, these can be taken as criminal offences and if well proven will lead to immediate dismissal of the offender. Again, in some cases, companies might protect themselves from the outside, in which case you better look for a suitable alternative.

For all cases above, when the offender is the owner of the company, I think there will be every reason to leave there, although in situations 5-7 you will be able to file criminal charges as well.

Avoiding a workplace bully might seem easier than avoiding a school bully, given that employees can quit their jobs. But workers get caught in a cycle of stress.

Little research has been done on how to deal with abusive bosses or bullying co-workers. In mild cases, where a boss may not realize how their behavior is coming across, direct confrontation might work. In cases where the management does not want to see the abuse and your boss just does not stop, the best thing you can do for yourself is leave the company, before your health is affected.

If getting another job is not that easy for you, why do you not start your own internet business and be your own boss? You can even start this working from home in your own time. One of the best and legitimate ways to do this , is to become a member of Wealthy Affiliates, who will support you in making your own websites, then give you all the training you need. You can start a one week free trial without any commitments. Read all about it in my personal review here.

Please share you own experiences here and if you have any remarks and/or questions, leave them in the comment box and I will respond within 24 hours.

10 Replies to “How to Deal with a Bullying Boss”