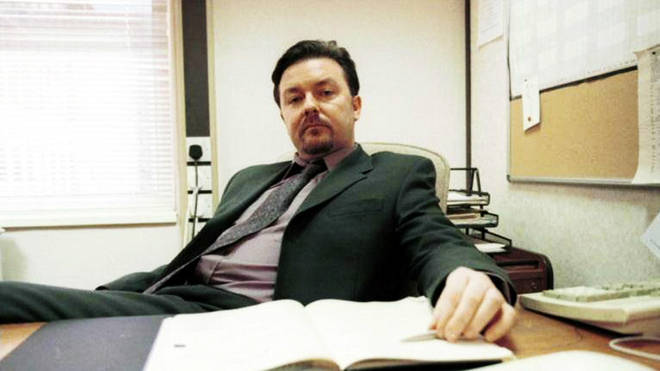 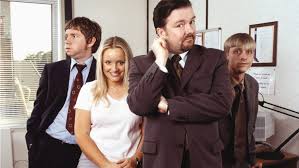 done so for a long time. Once he performed the lead role in a British comedy called the Office, a US spin-off does exist. Time for some tips from his alters ego, office manager David Brent. What can you learn from David Brent, the worst office manager ever? That this is a boss you do not want to have. If you do, then prepare your escape route as I outlined at the end.

He was narcissistic, sexist, homophobic, and in short, showed all the bad habits that a bad manager can have. Apart from being bad, he was also funny at times, and here is a selection from David Brent quotes and how they can help you, the office worker.

“I suppose I created an atmosphere where I am a friend first and a boss second. Probably an entertainer third.”

The department shown in The Office series is a chaotic and dysfunctional workplace, with unmotivated staff and a manager who radiates no discipline or authority. That is because Brent is unable to draw professional boundaries and because he constantly wants to be the most popular boy on the job. Friendly relationships between employees are good for the atmosphere, but every now and then a manager has to put things right with a firm hand. If he or she is not, then things will go pear-shaped, employee morale will be down as will productivity.

2. No rainbow without rain.

“If you want the rainbow, you’ve got to put up with the rain.” Do you know which “philosopher” said that? Dolly Parton. And people say she’s just a pair of tits.” 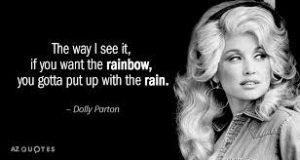 Brent never gets tired of emphasizing how hard he is sometimes, but that he nevertheless always sees a light shining on the horizon. Signal for the staff to admire him for his cool determination. But a chef fishing for compliments only makes an uncertain impression. And indeed, no rainbow without rain. Therefore you should survive the misery together and then celebrate the success at a suitable place. Remember: “Accept that some days you are the pigeon and some days you are the statue.” This is very much true as shit will happen!

3. No betrayal without trust.

“You have to be 100% behind someone before you can stab them in the back.”

Brent sees himself first and foremost as an entertainer, and only then as an office manager. He hopes that he can gain the trust of his staff in this way. Handy, because then you can take all sorts of thankless measures, without them realizing that you are responsible for them. This consensus model prevails in many workplaces in the west. So as a chef you have to gain trust and offer a listening ear before you can take radical measures.

So, be aware if a chef suddenly comes too close to you, seems to be happy with everybody, because it might be he is on to something nasty.

4. Don’t be careful with the truth.

“If you treat the people around you with love and respect, they will never guess you’re trying to get them sacked.” 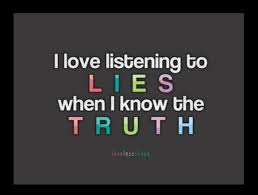 Brent deals with it. His staff feels that misery is coming – why do executives keep coming to Brent? – but he denies high and low that there are problems. Instead of increasing confidence, he increases the uncertainty, gossip and backlash of his employees, causing productivity to collapse. Don’t be careful with the truth, no matter how unpleasant.

“Well, there’s good news and bad news. The bad news is that Neil will be taking over both branches, and some of you will lose your jobs. Those of you who are kept on will have to relocate to Swindon, if you want to stay. I know, gutting. On a more positive note, the good news is, I’ve been promoted. So, every cloud … You’re still thinking about the bad news, aren’t you? “

“Know your limitations and be content with them. Too much ambition results in promotion to a job you can’t do.”

Millenials sigh under the yoke of ambition. The pre-midlife crises are flying around you. Women who opt for part-time jobs are accused of adversely affecting the gender balance at the top. Not necessary at all, says Brent. We know our limitations deep in our hearts. Why bother for a job that you know you can’t do? There is much truth in this, as in taking a job which pays more but is out of your league, sooner or later you will become very miserable.

6. Wait for somebody else to step in

“Never do today that will become someone else’s responsibility tomorrow.”

Brent considers himself the best in office politics. The more tasks you perform yourself, the more things can go wrong. As a manager, don’t you have staff for that? Leave it for a day, see what happens. Under the motto “nobody is indispensable” it is very healthy for your department that someone else spontaneously takes over your task. Does that sound too black?

Yes very black, but I have seen it happen before. Someone takes on the job and then will take the fall for it. The chef will always have someone to blame.

7. Make sure your staff is motivated, loyal and involved.

“My proudest moment here was not when I increased profits by 17%, or cut expenditure without losing a single member of staff. No. It was a young Greek guy, first job in the country, hardly spoke a word of English, but he came to me and he went ‘ Brent, will you be the Godfather to my child? ” Didn’t happen in the end. We had to let him go, he was rubbish. He really was rubbish.”

The least motivated employee of the paper company from The Office must have been Tim Canterbury. And yet Brent lets him go his way. A good manager responds immediately, investigates what the problem is and tries to solve it. Gentle doctors make smelly wounds. Either you give Tim other responsibilities, or you are looking for someone else for that position. And you give Greek newcomers a fair chance, or you dump them right away.

“If at first you don’t succeed, remove all evidence you’ve ever tried.”

It’s okay that you fail. Just make sure nobody finds out. Blame a colleague or destroy all the evidence that you were doing it. Invest in a hacker course so that you can erase all traces on the business system. Also useful if you are looking for compromising information about the CEO or CFO.

Here he really hits rock bottom, doesn’t he? Stay away from a guy like this at all times!

9. Choose the brains, not the looks.

“Avoid employing unlucky people – throw half of the pile of CVs in the bin without reading them.”

Brent is looking for a new personal assistant. When the gorgeous Karen applies, Brent clearly shows that he finds her very attractive, and constantly flirts during the interview. Karin’s male counter candidate is chance-less. This sexist application process is obviously not the best for getting the right person for the department.

10. Breakfast most important meal of the day

“If you’re going to be late, then be late and not just 2 minutes – make it an hour and enjoy your breakfast.”

Everybody knows or should know: breakfast is the most important meal of the day. And that kale smoothie and buckwheat pancake take time (Brent likes sausage, black pudding and eggs). So no rush, no rushing children to school, no oatmeal stain behind the right ear: enjoy and have a moment for yourself and your loved ones.

I agree about breakfast, but not in as being the reason for coming late to work. Of course, no boss is ever going to accept such an excuse.

If you ever encounter a boss, supervisor, or chef with any of the treats like David Brent, then you know for sure that you or the company are in trouble. Probably both.

Yes, this was comedy and as such an exaggeration of daily practices in the normal workplace, but haven’t we all seen a guy like David Brent? If not, sooner or later it will happen to you. 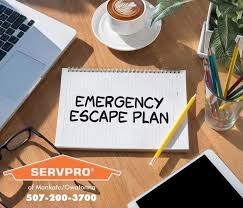 This is exactly why everybody with a job and bosses should have an escape route, an alternative to fall back on, when things go sour. A route which you can start today, do in your own time and pace next to the job you are having.

My #1 recommendation is affiliate marketing

You will start your own internet business, doing so from home, promoting products through your own website and earning commissions when sold. It is called affiliate marketing and everybody can do it, provided you will have the right support. I am a member of the best such program there momentarily is. If you like to know how this unique, scam-free system works, please access my personal review of them by clicking here. Through this review, you can also become a member for one week and completely FREE, with no commitments.